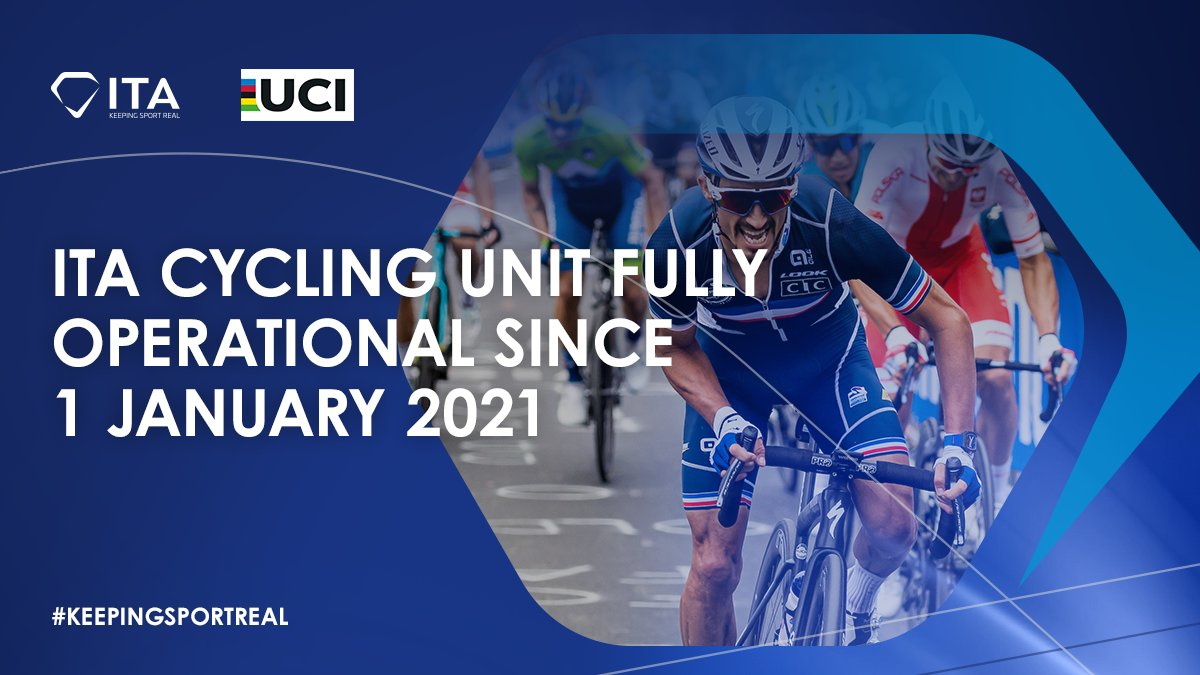 The ITA’s dedicated cycling unit was established as part of the UCI’s decision to transfer anti-doping operations from the Cycling Anti-Doping Foundation (CADF) to the ITA.

A total of 11 of the 13 members of CADF staff agreed to move to the new unit.

The CADF, an independent entity mandated by the UCI to oversee cycling’s anti-doping operations, has held that role since 2008.

The UCI Management Committee approved the decision to transfer operations to the ITA last February.

"This transfer to the cycling unit is an excellent opportunity to step up the existing anti-doping programme and enable our sport to benefit from a multi-sport environment," said Banuls.

"Our minimum requirement in 2021 will be to maintain last year’s level of quality, taking into account the uncertainty caused by the pandemic.

"Beyond that, our objective is to become more efficient and take the programme to the next level."

Banuls told a media briefing that 9,500 samples were collected last year, with 70 per cent of those being obtained out of competition.

This represented a drop of 33 per cent in overall samples compared to 2019, but a 15 per cent fall in out-of-competition testing.

ITA’s director general Benjamin Cohen claimed the new unit would offer the best of the CADF programme, combined with the best elements of the ITA’s work.

"The CADF was working with some process and the ITA sometimes with other processes," said Cohen.

"The idea really was to merge the best of both organisations and literally join forces.

"It was never a choice for the UCI of either the CADF or the ITA, instead it was about having the best of both."

The UCI had suggested the Aderlass investigation by Austrian police, which uncovered a blood doping ring, had contributed to the decision to join forces with the ITA.

Cohen said national anti-doping legislation has proved important in the fight against doping, highlighted by Aderlass where key information was obtained by police.

"They have means that we do not as sporting organisations," Cohen said.

"We cannot tap phones or enter people’s homes to seize materials, whereas they can.

"In Aderlass they had that ability.

"If it is a criminal offence in a country then [law enforcement] can be active.

"Whatever they find they can share it with the ITA and we can come together and use our different resources."

Cohen said the ITA is not currently working on an operation similar to Aderlass.

The ITA has been commissioned by 45 major sporting organisations since its establishment.