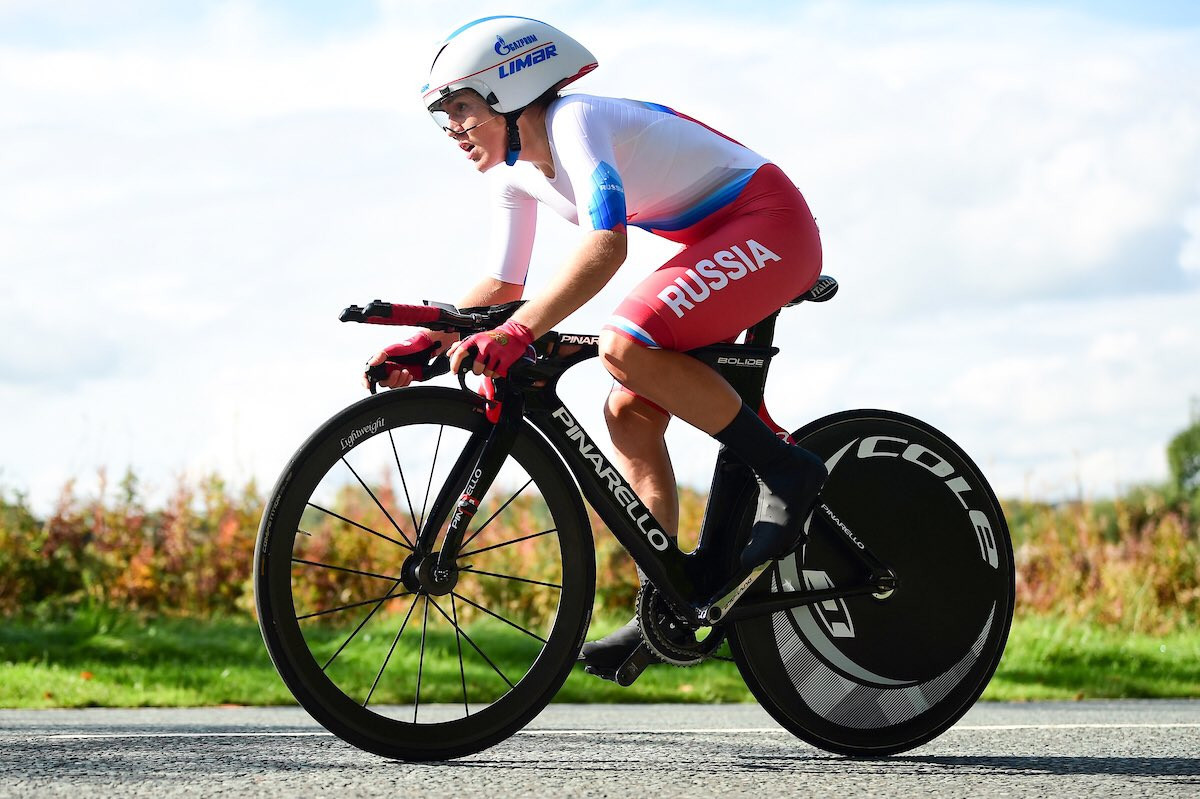 Italian Tiberi took victory in the men's race in Harrogate, despite suffering a problem with his bike in the first few seconds of his run.

Tiberi had to change his bike on the first corner and also had to swerve around a team car as he made up for lost time.

But he still managed to power around the 27.6 kilometre course in the Yorkshire town and finish eight seconds ahead of Dutch rider Enzo Leijnse in second place, with Marco Brenner of Germany third.

The 18-year-old had another 31 riders take to the course after him, but none could get close.

Nightmare start for Antonio Tiberi ?? - he’s had to change bike before even getting round the first corner!

Respect for keeping so calm in such a high stress situation. #Yorkshire2019 pic.twitter.com/OE4RnUzjNT

Gareeva secured the world title in dramatic circumstances after she lost time by turning the wrong way down a deviation.

Van Anrooij claimed silver in 22:19.84, while Britain's Elynor Backstedt earned the host nation's second bronze of the competition, and her second successive third place finish at the UCI Road World Championships, in a time of 22:27.16.

"I wasn’t really expecting this," Backstedt said after the race.

"Obviously I wanted to win, like everyone does, but on a course like this you never really know what can happen.

"It’s quite slippery out there and I nearly didn’t make it round, but I’m absolutely over the moon."

Competition continues tomorrow with the under-23 men's and the elite women's time trial events over a 30.3km course, starting in Ripon and again ending in Harrogate.