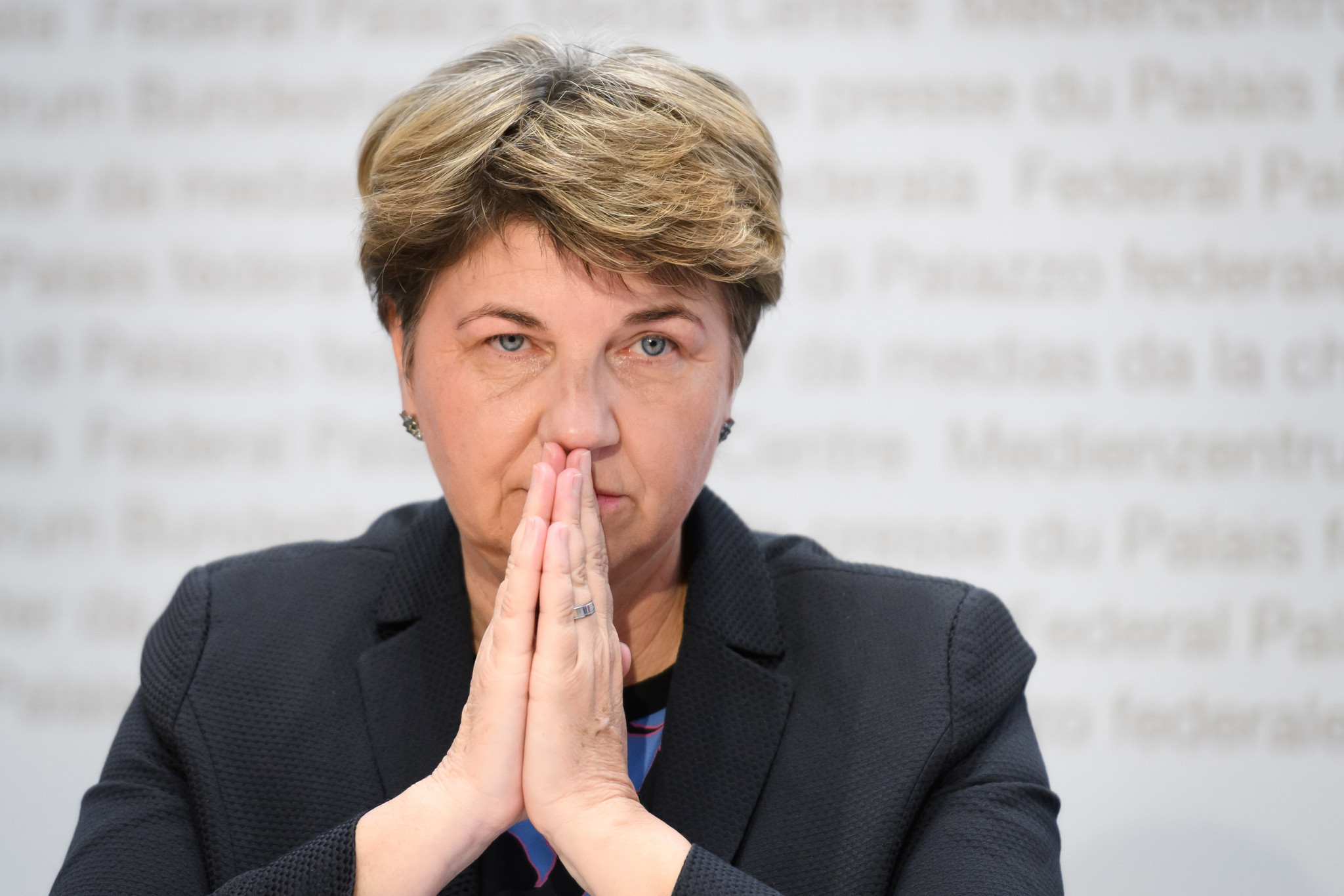 The IOC recommended that International Federations (IFs) ban athletes and officials from both countries from their competitions after Russia invaded Ukraine.

Russian and Belarusian officials are also permitted to continue serving on IOC Commissions.

This stance has been matched by most IFs.

However, Amherd has written to Bach applying pressure on the IOC to exclude officials from both countries from international sport.

"Switzerland expects a corresponding signal from the world of sports," Amherd said, as reported by Tages-Anzeiger.

Amherd insisted the IOC should take a "further step", and that Bach should implement a tougher stance.

Her letter adds significant further pressure on the IOC to act, following a declaration from more than 30 Sports Ministers last month calling for the exclusion of Russian and Belarusian officials from international sports bodies.

Amherd is one of seven members of the Swiss Federal Council, the country's highest executive authority, and heads the Department of Defence, Civil Protection and Sport.

The IOC's headquarters are in Lausanne, with numerous sports governing bodies also based in Switzerland.

Swissinfo reports that Amherd's stance has been backed by the Swiss Federal Office of Sport, whose head of communications Christoph Lauener claimed that the IOC can provide more effective pressure on non-governmental IFs than the Swiss state.

The Swiss Olympic Association also suggested that officials could have closer ties to the Russian and Belarusian Governments than athletes, who have largely been banned from international competitions.

"We would like equal treatment of athletes and officials," its spokesperson Alexander Wäfler said, quoted by Swissinfo.

The IOC insisted it "reacted immediately" after the start of the war, citing its condemnation of the breach of the Olympic Truce on February 24, its recommendation to move all events from Russia and Belarus and withdrawal of the Olympic Order from Russian President Vladimir Putin, Deputy Prime Minister Dmitry Chernyshenko and Kremlin deputy chief of staff Dmitry Kozak on February 25, further recommendations on the banning of Russian and Belarusian athletes and officials from events on February 28, and Bach's 'Give peace a chance message' on March 11.

"These decisions have been welcomed and followed by the Olympic Movement, and greeted by a large number of governments and public authorities across the globe," the IOC told insidethegames.

"They appreciate the fact that the IOC has adopted clear measures and sanctions within its area of responsibility.

"In enacting these decisions, the IOC scrupulously followed the rule of law and the sanctions enacted by Switzerland along with other governments, individuals or organisations not for their country of origin but for supporting the war."

It also claimed that IOC members do not serve as "representatives of their country".

"According to the Olympic Charter, the IOC members are not representatives of their country within the IOC," it said.

"They are in the contrary elected as individuals by the IOC and then delegated as ambassadors of the IOC to the sports organisations in their country.

"And in any case, there are no IOC meetings being organised right now that include Russian IOC Members.

"Many people have been arrested in Russia after even just calling for peace.

"Nevertheless, some athletes and officials have had the courage to call for peace.

"One can imagine there are many others who would like to call for peace, but are afraid because of the draconic repercussions.

"Silence can be a message in itself.

"The IOC will continue to expose people and organisations responsible for this war in breach of the Olympic Truce.

"At the same time, the IOC continues to closely monitor the situation and reserves the right to adapt the measures depending on further developments."

The IOC added that its Solidarity Fund for the Ukrainian sports movement totals more than $2 million (£1.5 million/€1.9 million), and it is cooperating with members of the Olympic Community to provide financial and logistical support to Ukraine.

The organisation has previously justified its stance on officials including IOC members by claiming that its recommendations are "not directed against Russian athletes, Russian sports officials or Russian sports organisations, that are not participating in the breach of the Olympic Truce by the Russian Government".

"The IOC recommendation was made to ensure the fairness and integrity of sports competitions and the safety of all the participants," it told insidethegames in March.

"The sanctions suggested exclusively address the Russian Government, with the prohibition of any national Russian symbols."

A majority of IFs have kept elected Russian and Belarusian officials in their roles on Committees, Commissions and other bodies.

Vladimir Lisin, listed by Forbes as Russia's richest individual and sanctioned by the Australian Government this month, remains as President of the International Shooting Sport Federation despite increasing demands for him to step down.

Russian official Umar Kremlev is President of the International Boxing Association, with an elective Congress scheduled for next month.

Uzbekistan-born billionaire Alisher Usmanov has stepped aside as head of the International Fencing Federation "until justice is restored", having been sanctioned by the European Union named in the Official Journal of the European Union as a "pro-Kremlin oligarch with particularly close ties to Russian President Vladimir Putin".

The International Luge Federation is among the exceptions, voting at an Extraordinary Congress this month to remove all Russian officials from their positions.

The European Olympic Committees' stance is also at odds with that of the IOC's, with Russian and Belarusian individuals on the Executive Committee or it EOC Commissions "temporarily" uninvited from meetings.

Russia launched what it describes as a "special military operation" on February 24 in between the Beijing 2022 Winter Olympics and Winter Paralympics, in breach of the Olympic Truce.

The United Nations has reported that at least 1,982 civilians have been killed since the beginning of the attack, although it is feared the true figure is far higher, and more than 4.8 million refugees have fled Ukraine.