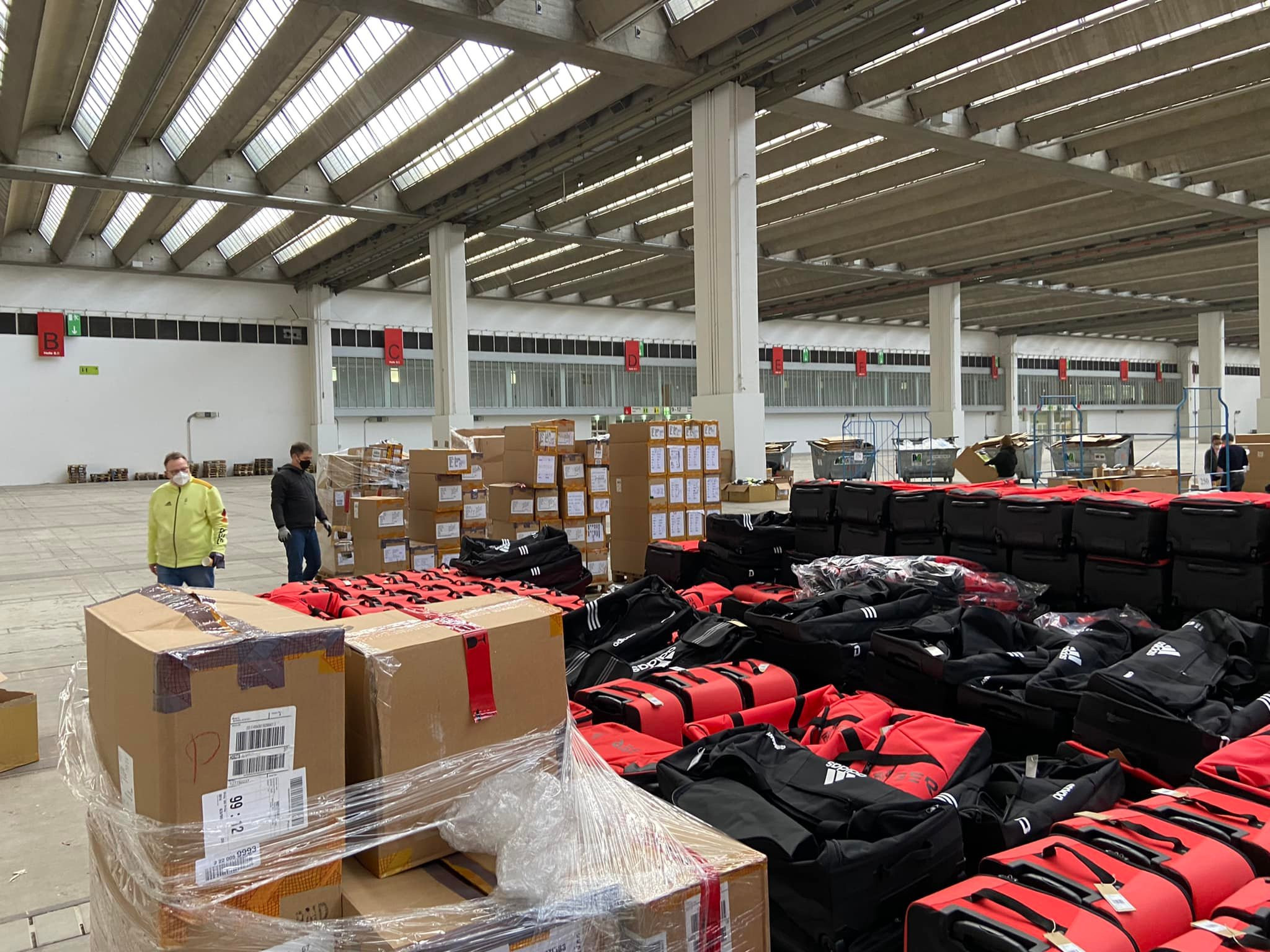 Staff at the German Olympic Sports Confederation (DOSB) have arranged for leftover clothing from the previous two Olympic cycles to be donated to people fleeing the ongoing war in Ukraine.

The DOSB said that due to the close proximity of the Tokyo 2020 and Beijing 2022 Olympic Games it was left with lots of clothes, produced for athletes and teams at the Games, that was unused.

After sorting the clothes by size and packing them, around 550 trolleys and sports bags were filled with the items, with each featuring clothes of one size for one refugee.

A hall at the Messe Frankfurt, which hosts what claims to be one of the world’s largest trade fairs, was used to sort the clothing.

Another hall at the same venue is being used as a welcoming centre for Ukrainian refugees arriving in Frankfurt.

So far around 500 trolleys have been sent to Warsaw, with the first of two trucks carrying these already arriving in Poland.

The National Olympic Committee of Poland has arranged for the clothing to be sent on to the border between Poland and Ukraine.

Johannes Curtius from the DOSB’s International Relations team said: “I sincerely hope that the sum of small individual actions like these make a bigger difference altogether.”

The International Olympic Committee (IOC) yesterday revealed that more than $2 million (£1.5 million/€1.8 million) has been allocated to a Solidarity Fund, set up last month to support Ukraine’s Olympic community, following the invasion of the country by Russia and Belarus.