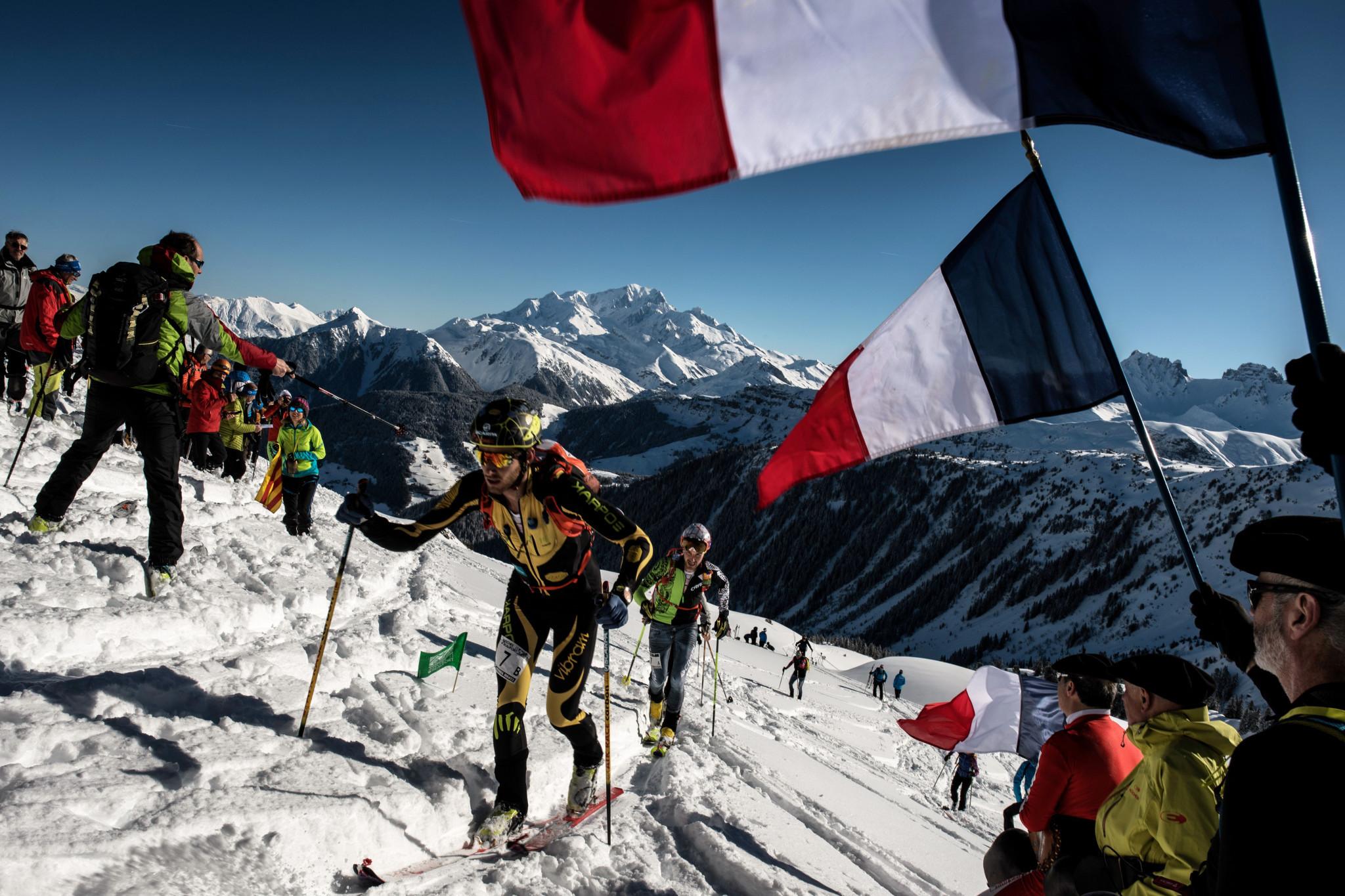 Mathèo Jacquemod and Equy Samuel of France surged to victory in the third stage to secure the overall win after 7hrs 17min 3sec.

The pair produced a remarkable performance in the third and final stage, finishing after 2:18:20, to leapfrog Italy's Davide Magnini and Matteo Eydallin into pole position of the race which also doubled as the Tour du Rutor.

Magnini and Eydallin were 2:53 off the overall winning time while Xavier Gachet and William Bon Mardion of France threw away their title hopes on the decider.

Despite finishing behind Paul Verbnjak and Jakob Herrmann in the third race, the Austrians were unable to challenge for the bronze clocking 7:30 later in total.

Axelle Mollaret and Emily Harrop continued their dominance in the women's event, crossing the line after 2:51:22 in the third and final stage for an overall time of 8:47:46.

They were streets ahead of closest rivals Alba de Silvestro and Giulia Murada who clocked in with a time of 9:13:09 after the three stages.

The Italians produced their best performance of the series in 2:57:27 but were still unable to make up the ground on Mollaret and Harrop.

Marianna Jagercikova and Iwona Januszyk of Slovakia rounded out the top-three after a 3:01:43 finish helped them to register an overall time of 9:24:10.

Rémi Cantan continued the French success in the men's under-20 race winning gold with a time of 3:22:32 ahead of Italy's Simone Murada and Clément Murada of Switzerland who finished in 3:34:02 and 3:38:41, respectively.

Italy completed a podium sweep in the women's under-20 event with Noemi Junod taking gold ahead of Elisa Tron and Alice Margaria in second and third.