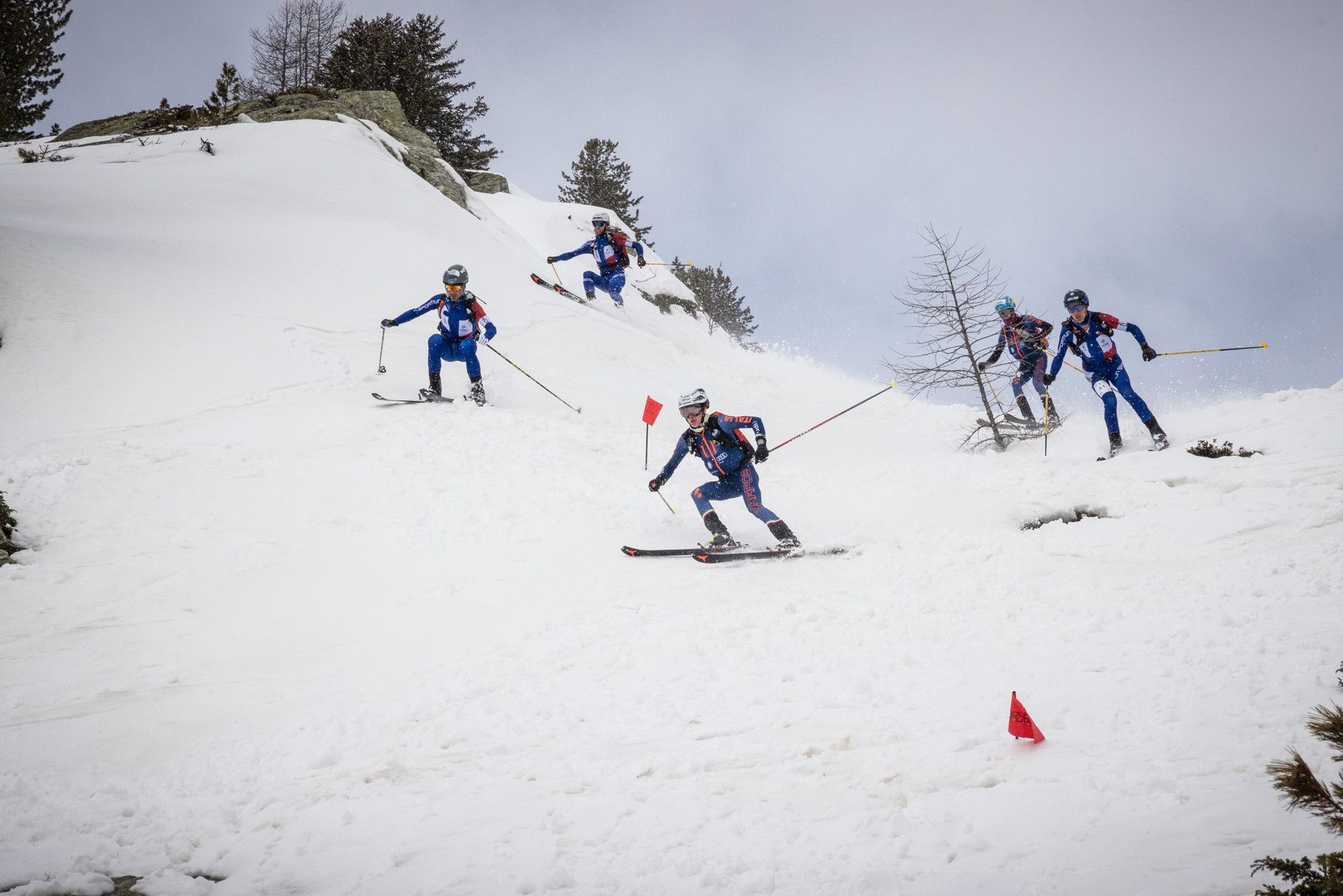 The event is acting as the International Ski Mountaineering Federation (ISMF) Team Long Distance World Championships in 2022, and home athlete Magnini is this year partnered with Matteo Eydallin.

The duo completed today's route in La Thuile in 2 hours 27min 49sec to hold the lead after one stage of the three-day event.

French pair Xavier Gachet and William Bon Mardion are three seconds back, and compatriots Equy Samuel and Matteo Jacquemod seven off the lead.

Today's route was amended due to inclement weather, staying in La Thuile.

It was approximately 24 kilometres and encompassed elevation gains of 2,400 metres.

The women's lead is held by French pair Axelle Mollaret and Emily Harrop, who finished in 2:54:51.

They have a big advantage by way of comparison to the men's race.

Italian duo Alba De Silvestro and Giulia Murada - the defending world champions - finished second but in 3:03:45, so more than eight minutes behind.

Marianna Jagercikova and Iwona Anuszyk from Slovakia were third in 3:09:08.

Organisers are hopeful that the pre-planned routes can be used tomorrow and on Saturday (April 2).

The Tour du Rutor is part of La Grande Course - an international circuit of ski mountaineering competitions which has now partnered with the ISMF.

Ski mountaineering has been added to the Winter Olympic programme for Milan Cortina 2026.