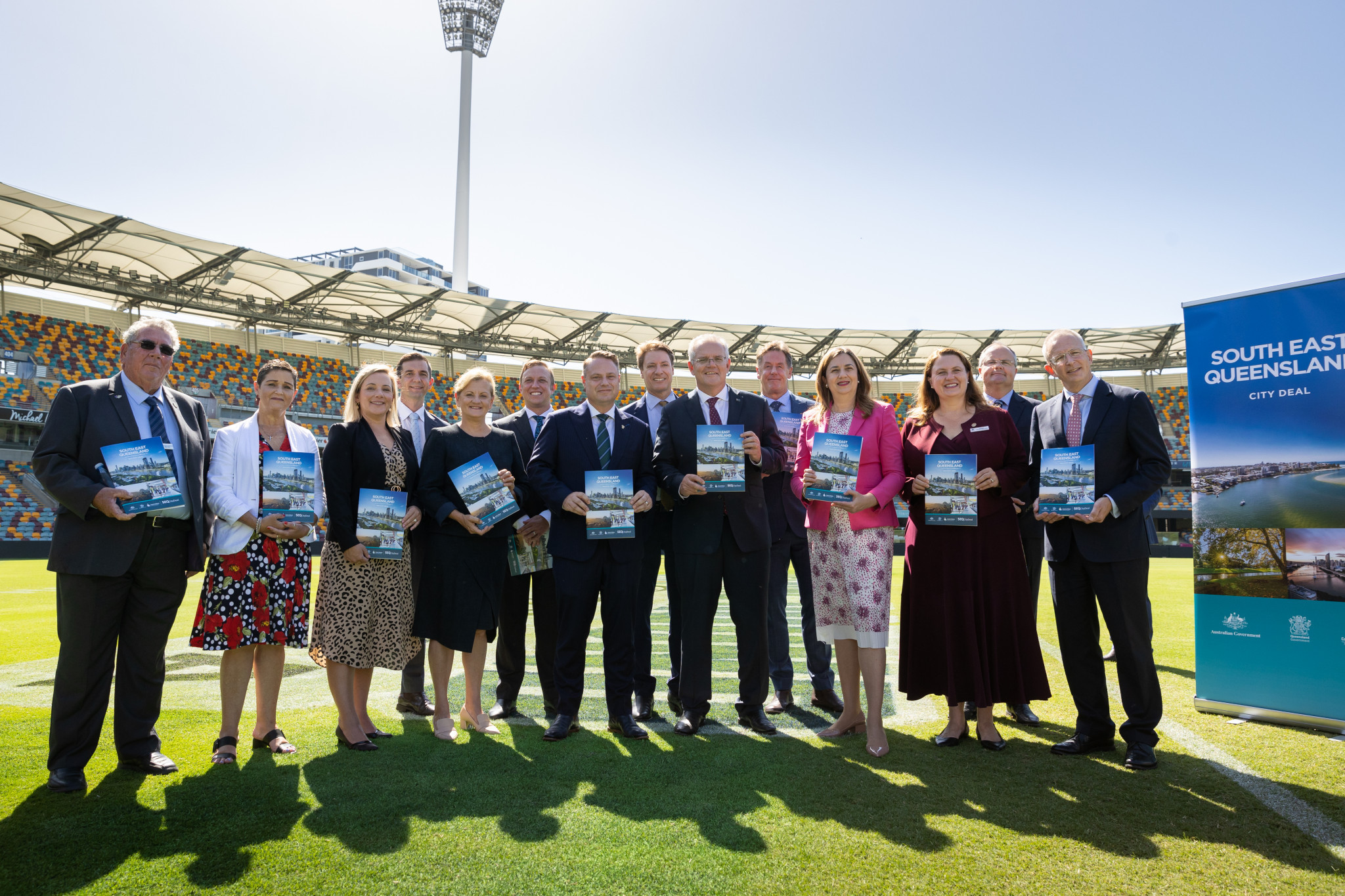 A South East Queensland (SEQ) City Deal has been signed to deliver a reported AUD$1.8 billion (£1 billion/$1.3 billion/€1.2 billion) worth of infrastructure investments into the region, which is claimed will ensure the state is in the best position to host a successful Olympics and Paralympic Games in 2032.

The agreement was signed by Australian Prime Minister Scott Morrison, Queensland Premier Annastacia Palaszczuk and the Council of Mayors SEQ.

The Governments promise the deal will deliver a "significant package of investments", promising thousands of local jobs, boost digital and transport connectivity and enhance liveability.

"This is a partnership for Queensland jobs and Queensland investment to deliver a stronger economy and a stronger future," said Morrison.

"South East Queensland is one of the fastest growing regions in Australia, and with the population expected to continue to grow, it is crucial that we invest in the infrastructure it needs to thrive for decades to come.

"From Brisbane to Toowoomba, Ipswich to the Sunshine Coast and everywhere in between, this Deal delivers for South East Queenslanders.

"We all share a vision of a more connected, liveable and export-competitive region, and this brings that vision to life.

"The economic impact of this major investment will be significant, with more than 30 projects set to generate more than 2,000 jobs, while ensuring that the state is in the best position possible to host a successful 2032 Olympics."

The Council of Mayors SEQ had urged the signing of the deal late in 2021.

Brisbane’s bid for the 2032 Summer Olympic and Paralympic Games had been billed as an opportunity to enhance infrastructure in the region, with a particular focus on enhancing transport links in the state.

The SEQ City Deal will include AUD$450 million (£253 million/$333 million/€302 million) for the Gabba Brisbane Metro Station, to deliver enhanced transport connections and support the Games in 2032.

The Gabba is set to be redeveloped for the Olympic and Paralympic Games, with the cricket venue poised to serve as the main stadium.

A new river crossing near the stadium for pedestrians and cyclists is expected to open next year, with the idea having been floated of naming the new construction the "Olympic Bridge".

Palaszczuk, also serving as Minister for the Olympics, claimed cooperation between all levels of Government would ensure that the region has the right infrastructure in place as the population grows.

"I have always said we work best when we work together," the Queensland Premier said.

"The City Deal provides vital infrastructure to plan for our growing population.

"That includes new transport links for the Gabba in time for the 2032 Olympic and Paralympic Games.

"The winners are Queenslanders."

A further AUD$105 million (£59 million/$78 million/€71 million) will be used to resource recovery infrastructure, which will reportedly develop a region-wide approach to managing waste and progress the region to a circular economy.

The Mayors of South East Queensland joined @ScottMorrisonMP, @AnnastaciaMP, @PaulFletcherMP and @StevenJMiles for the signing of the #SEQCityDeal, kickstarting 20 years of partnership & coordinated investment for SEQ. pic.twitter.com/R5ZWeepcJT

"This deal demonstrates what great things can be achieved when all levels of Government work together," said Lord Mayor of Brisbane Adrian Schrinner, the Council of Mayors SEQ chair.

"There might not have been a time in our region’s history when such co-operation has been so critically important.

"We’re also a decade away from the Brisbane 2032 Olympic and Paralympic Games which presents a unique chance to showcase our region to the world while establishing a legacy that can continue to deliver for the generations to come.

"This City Deal puts us on a path to manage population growth, deliver the best-ever Games and, importantly, improve the lives of all of our residents through ongoing cooperation.

"We look forward to continuing to work closely with industry and the other levels of Government to empower the SEQ City Deal to deliver the needs of our rapidly growing region."

Brisbane was confirmed as the host of the 2032 Olympics and Paralympics last year.

The International Olympic Committee (IOC) had named the Australian proposal as their preferred bid last February, as exclusively revealed by insidethegames, which saw Brisbane enter a "targeted dialogue" phase under the new process for selecting hosts for the Games.

Brisbane was rubber-stamped as the host city at the IOC Session held prior to Tokyo 2020 last year.