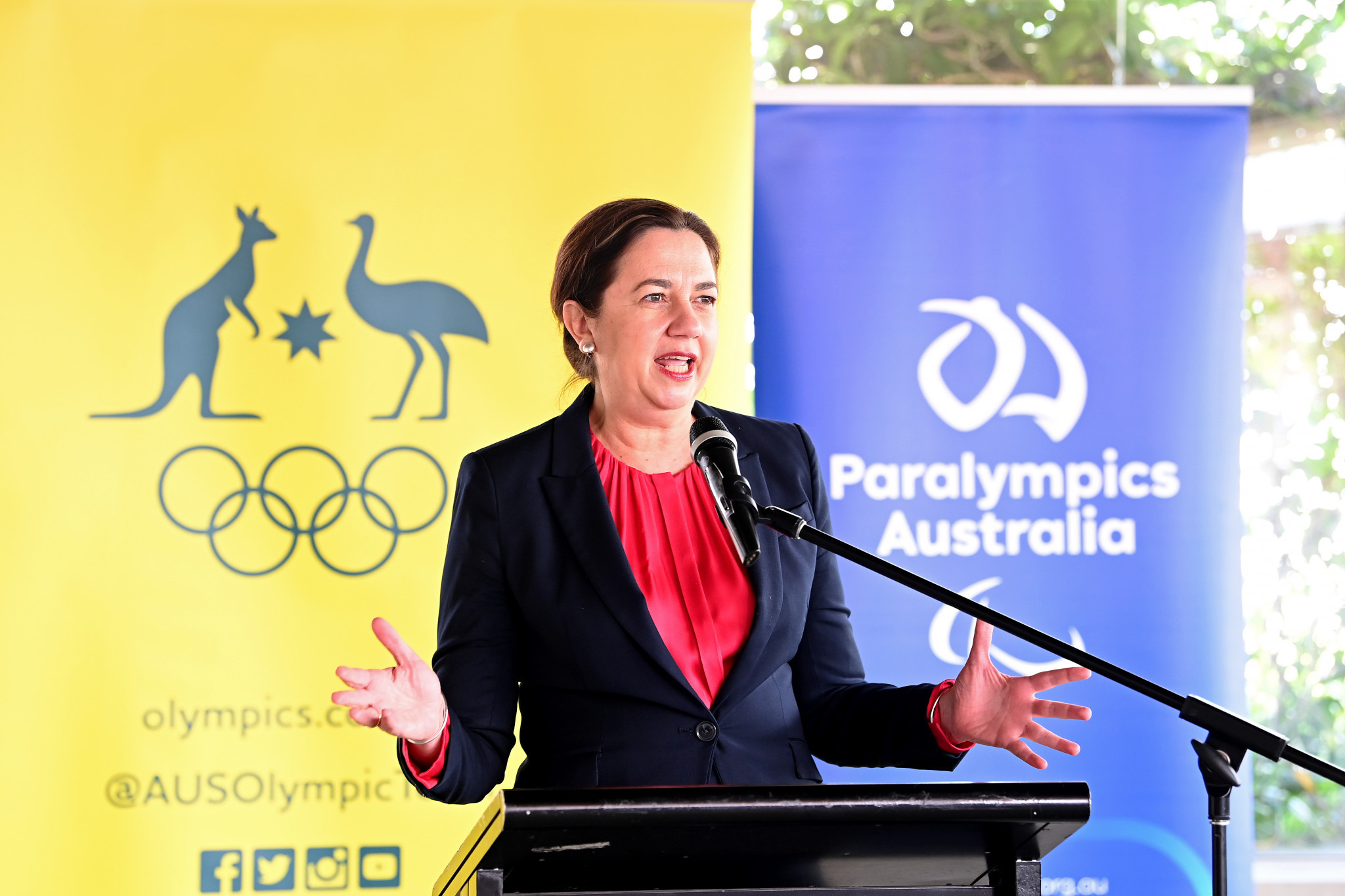 Queensland Premier Annastacia Palaszczuk has claimed the Brisbane 2032 Summer Olympic and Paralympic Games will help to deliver a "golden age" for the Australian state.

Palaszczuk made the comment during a panel discussion at the Future Brisbane event.

Palaszczuk, who has appointed herself as Minister for the Olympics, defended laws which are set to establish the Organising Committee for the Games.

The Premier had been criticised for "political trickery" and secrecy when the laws were tabled last month, which would protect Organising Committee emails and documents "of a confidential nature that was communicated in confidence" from right-of-information applications.

The Organising Committee is set to feature 14 members under the laws, at least half of which must be women.

There is also a dedicated space for an indigenous representative.

Today I spoke on the panel at the Brisbane Futures Luncheon and highlighted the amazing opportunities Brisbane 2032 will bring to Queensland and the legacy it will leave. pic.twitter.com/ilatM4oF29

Palaszczuk claimed the Organising Committee would ensure continuity in the host's relationship with the IOC.

The Queensland Premier said at the start of the panel discussion that the Games would provide significant investment into the state and deliver opportunities before and after the Games.

"There is going to be a decade of opportunity and a decade after," Palaszczuk claimed.

"It is going to be a golden age.

"The Olympics Bill is going through Parliament and it sets up the Organising Committee.

"That is going to be really important, because it needs to be the people who have the vision to ensure things happen and make the Olympics a reality.

"This gives our children a great opportunity to dream.

"These are incredible opportunities that come along once in a lifetime.

Palaszczuk added that the organsisers would seek to bring the "best and brightest minds" together as part of a Legacy Committee for the Games.

She claimed the Games would deliver opportunities for local businesses, with 2,000 having already registered interest in a local procurement programme for the Olympics and Paralympics.

The Queensland Premier also said the state would like to "poach as many sports as possible", revealing negotiations were ongoing with some National Federations which could move their headquarters to the state.

Palaszczuk said the planned Brisbane Live Arena, a 17,000-seat sports and entertainment venue, would likely host swimming competition during the Games with a pool placed in the facility.

She highlighted ongoing work on an underground network to support the venue and the redeveloped Gabba stadium.

Brisbane was the only candidate for the 2032 Olympics and Paralympics after being targeted by the IOC under its new process for selecting venues for the Games.

The city was rubber-stamped as host at the IOC Session before the rescheduled Tokyo 2020 Olympic Games.