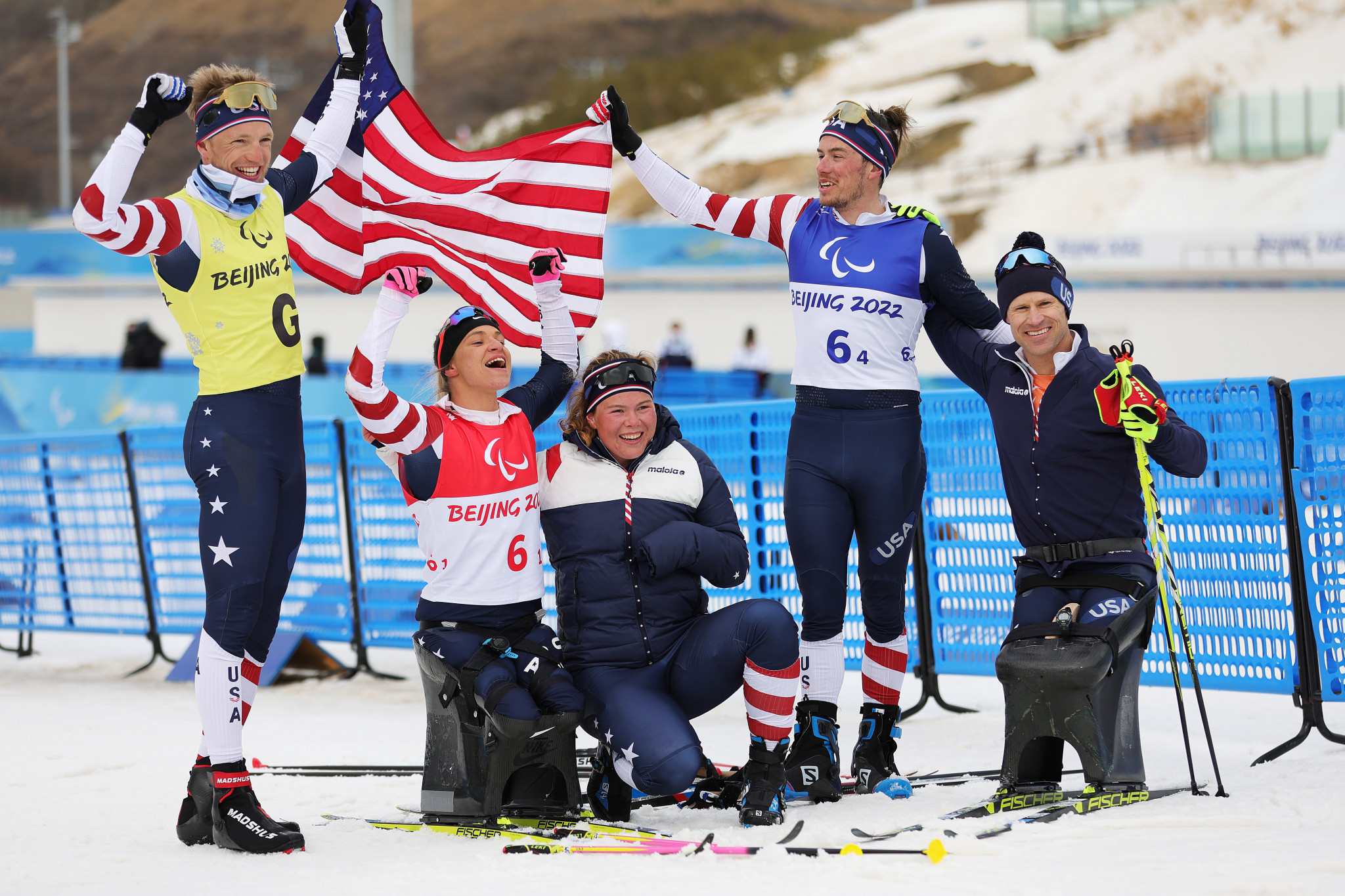 A stunning late surge from Jake Adicoff earned the United States a surprise victory in the mixed 4x2.5 kilometres cross-country relay at the Beijing 2022 Winter Paralympic Games, while Anatoliy Kovalevskyi helped Ukraine end their campaign on a high.

Adicoff was saved until the last leg and pulled his country from fourth place all the way to gold, 26.0sec ahead of runners-up China.

The American quartet began with Oksana Masters, who has now won a medal in all seven of her events at Beijing 2022.

Masters's Winter Paralympic tally of 14 career medals is also a US record.

The 32-year-old finished the opening section 21.1sec off the pace, leaving the Americans in third before falling further behind with Sydney Peterson and Daniel Cnossen.

Adicoff then exploded out of the start gate and remarkably made up a 30.7 deficit to help the US win a first cross-country gold of these Games.

Ukraine were looking comfortable out in front for the first three legs of the race before handing over to five-time Paralympic gold medallist Oleksandra Kononova, who had won the women's middle-distance standing the day before.

She capitulated and went from leading to 31.9 behind after just 1km, before dropping out of the podium places at the finish line.

Ukraine were however able to taste success in the open relay, which was also comprised of four legs of 2.5km, as Kovalevskyi emulated Adicoff and brought his team from fourth to first.

The 28:05.3 finish secured his first medal of the Games, alongside Dmytro Suiarko, Grygoriy Vovchynskyi and Vasyl Kravchuk.

Anthony Chalençon and Benjamin Daviet of France fell away in the second half of the race and had to settle for silver, with 25.1sec between them and the leaders.

Norway eventually came out on top after a tussle with China to secure the bronze medal with a time of 28:41.0.

Brain McKeever of Canada was searching for a 17th Winter Paralympic gold medal, which would have made him the most successful man of all time, but it was not to be as he finished 6th alongside Brittany Hudak.