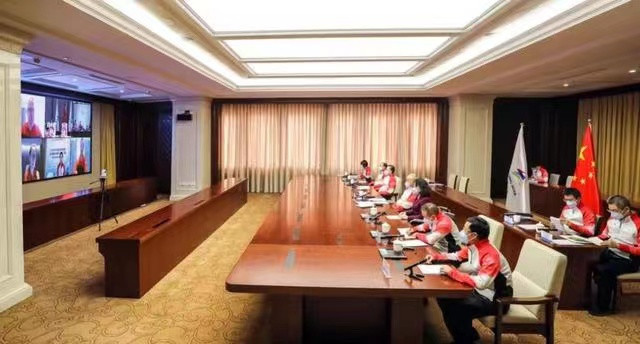 Beijing 2022 President Cai Qi said at the meeting that Chinese President Xi Jingping views the preparations for the Paralympics as being of great importance, and has made on-site inspections to competition zones.

Qi, who is also the Chinese Communist Community Party secretary for Beijing, confirmed to the IPC that transitioning venues, service guarantees, and media and landscape signs from the Olympics to the Paralympics was essentially complete.

This is in addition to IPC experts asserting that venue operation and pandemic prevention measures were also on the brink of completion, according to Beijing 2022.

"We are fully confident that the Beijing 2022 Paralympic Winter Games will be successfully held and the two Games will be equally exciting," Cai said.

"We will strengthen communication and cooperation with the IPC, listen carefully to the opinions of all stakeholders, promptly resolve relevant requests and respond to the concerns of all participants, so as to jointly make this Paralympic Winter Games a complete success."

IPC President Andrew Parsons also addressed the meeting, where he referred to China's ability to promote the development of sport for people with impairments and how the country has attracted more people with disabilities to participate in winter sports.

Parsons added that the enthusiasm of the Chinese people was felt through the volunteers.

Zhang Yankun, deputy secretary of the Beijing Municipal Party Committee and deputy director of the Standing Committee of the Municipal People's Congress, was present at the meeting as well.

The Paralympics are set to begin on March 4, running until March 13.