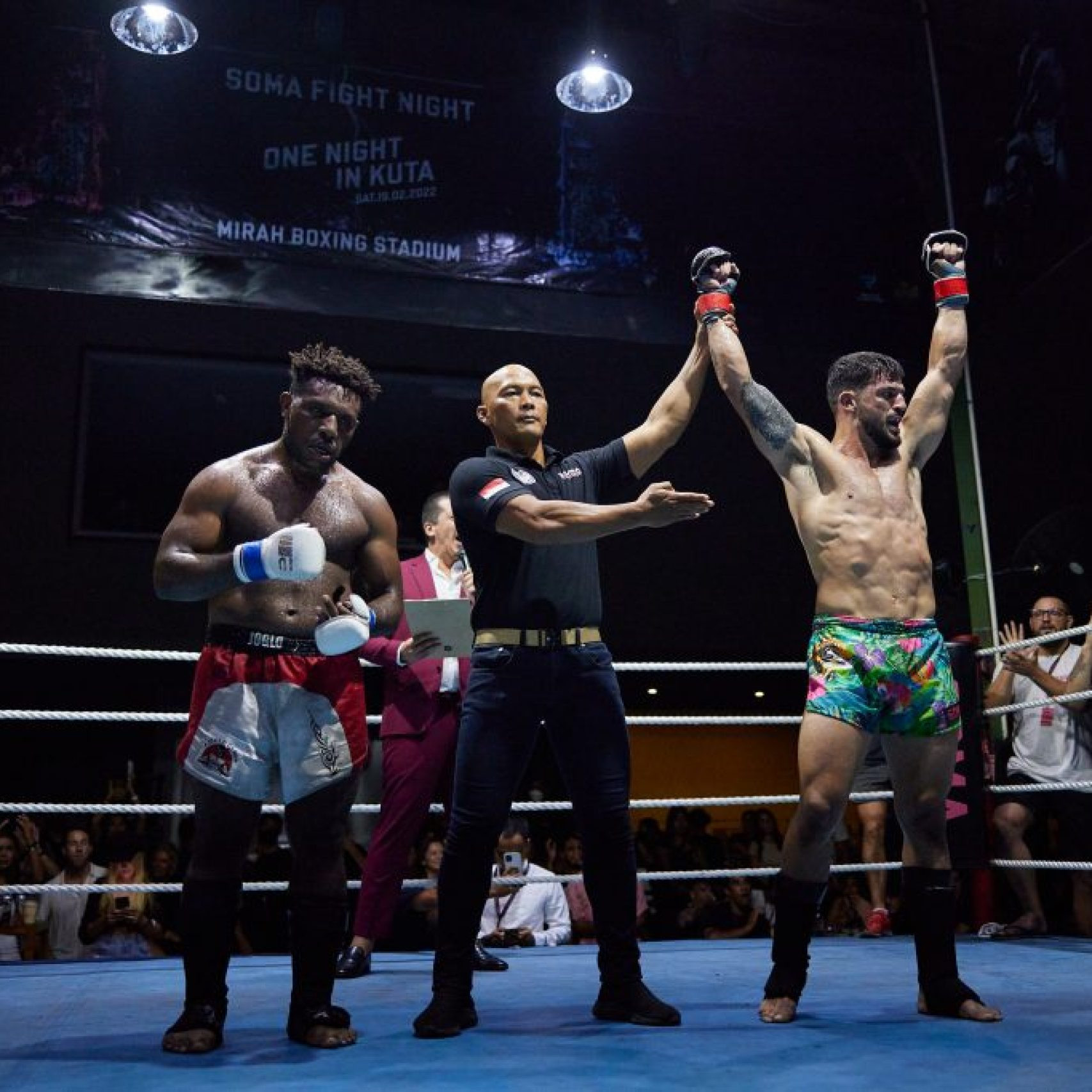 The Indonesia member federation of Global Association of Mixed Martial Arts (GAMMA) worked alongside Soma Fight Club in Bali to hold a GAMMA judges and referee workshop the day before the first official mixed martial arts (MMA) bout in the region.

Once the workshop was completed, those involved were accredited as GAMMA Indonesia referees and judges.

The next day saw the newly accredited officials apply everything they had learnt by refereeing and judging the bouts at the sold-out Soma Fight Night in the Kuta Arena.

Boxing, MMA and K1 were the three MMA forms of combat that took place under GAMMA PRO rules.

GAMMA believes the officials gained valuable practical experience and say they hope this will be the first of many future MMA events to be scheduled in Indonesia with high class officiating.

The next major scheduled GAMMA competition is the World Championships, due to be held in Amsterdam, The Netherlands, from March 23 to 27, where Indonesian athletes are expected to compete.