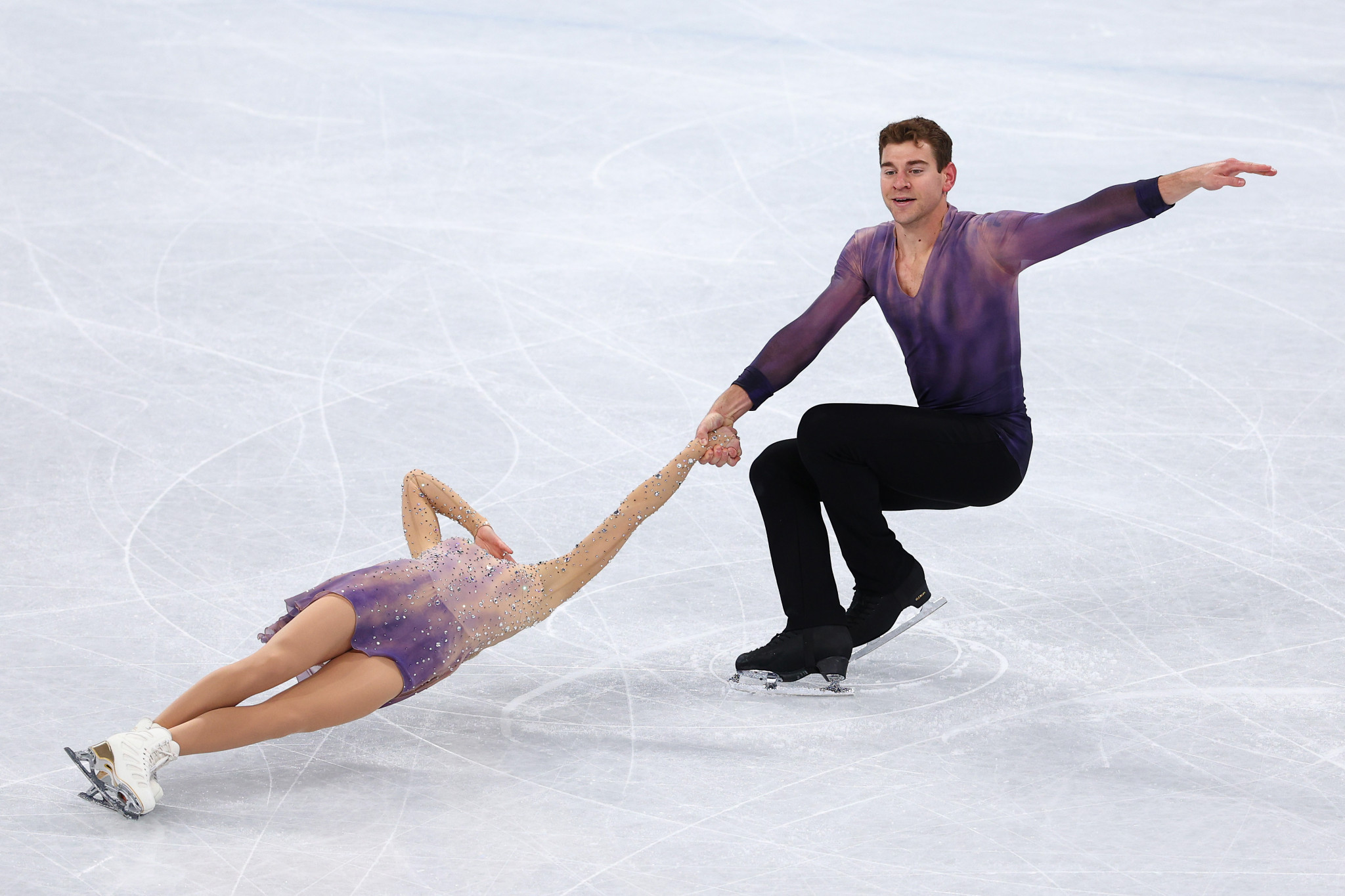 American pairs skating silver medallists Alexa Knierim and Brandon Frazier are being sued after using the "Heavy Young Heathens" version of "The House of the Rising Sun" for their short programme last week.

"We went out there and attacked that programme and gave it everything we've got," Frazier told NBC after they had skated.

They have now been accused of "blatant and purposeful infringement of copyright" by the Marderosian brothers Robert and Aron who make up the "Heavy Young Heathens" group.

Their lawsuit was filed by their father Michael who acts as their attorney.

The Marderosians were angry that television captions had not credited their arrangement of the music.

The lawsuit alleges that Knierim and Frazier used the music without permission and "caused irreparable injury" to the brothers.

"Defendants have used, created or caused to be broadcast a 2022 Beijing Olympic pair figure skating performance which features the plaintiffs' musical composition "House of the Rising Sun" without authorization from plaintiffs," the official legal document said.

It characterised the use of the music as "a brazen and improper attempt to capitalise on the plaintiffs hard work".

"Defendants' conduct is causing, and unless immediately enjoined will continue to cause, enormous and irreparable harm to plaintiffs."

The document which ran to 11 pages asked for a trial by jury and financial compensation.

There were so many eager fans at John Wayne Airport earlier today waiting for their hometown Olympians to arrive this afternoon?
Welcome home and congratulations! @alexa_knierim @Brandon_F1992 @MariahBell96

The music had previously been used by the German pair Minerva Fabienne Hase and Nolan Seegert in 2019, and by Estonian skater Eva Lotta Kiibus at the 2020 European Championships in Graz.

The song is based on a traditional folk tune and was made famous by "The Animals" in 1964.

It  was also used by French singer Johnny Halliday for his song "Le Penitentier".

The Marderosians claimed however that their version was well-known and that they had produced "the master recording of the song".

Before skating regulations changed in  2015, the use of vocals in programmed music at the Olympics was not permitted.