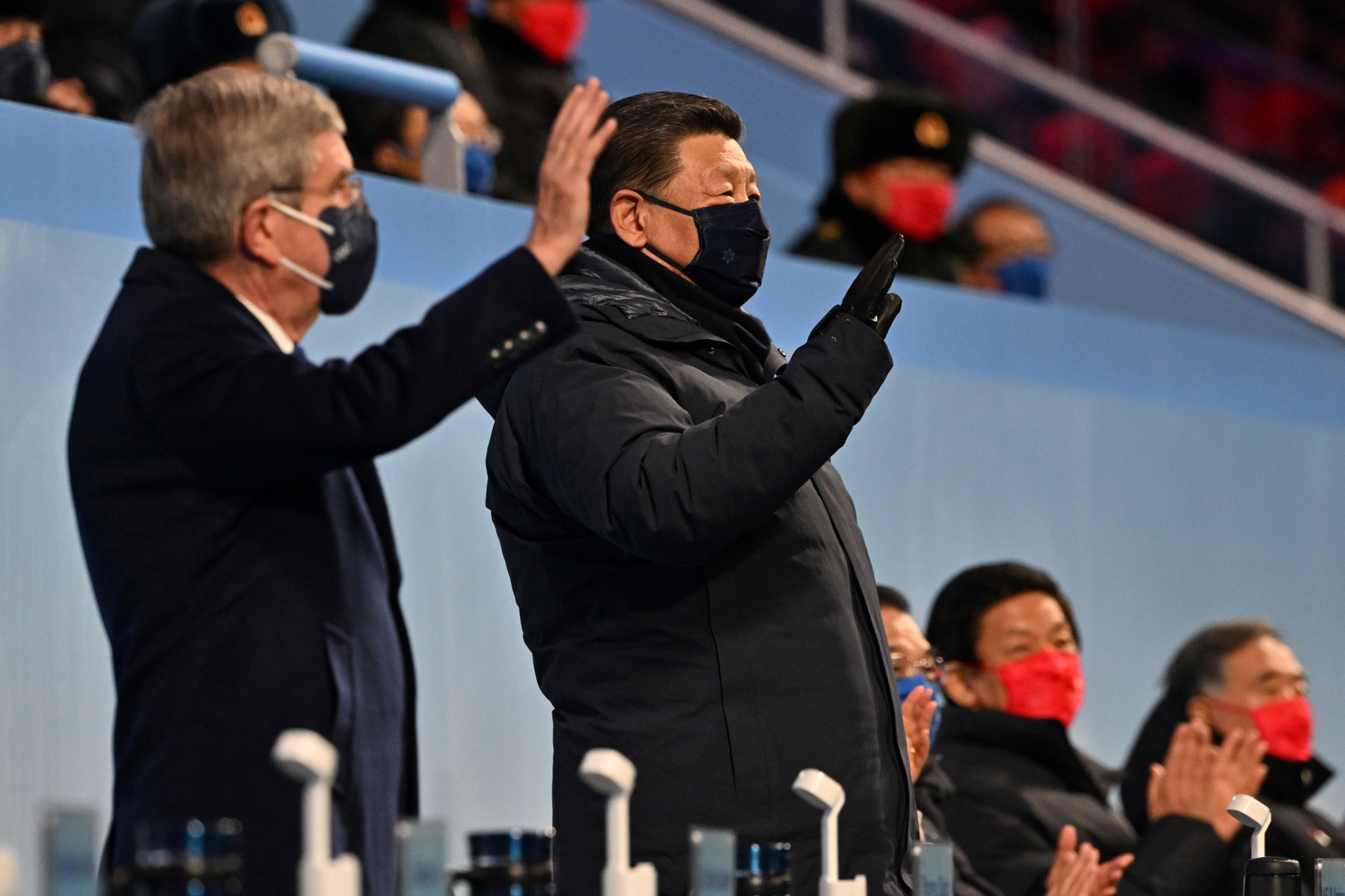 Speaking at the organisers’ final press conference of the Games, Beijing 2022 President Cai Qi revealed Xi’s official programme of engagements, which, he said, included meetings with Bach, discussions with diplomats and visits to the competition zones.

Bach became the first foreign dignitary to hold face-to-face talks with the Chinese leader for nearly two years on January 25 shortly after his arrival in the Chinese capital.

Xi also attended the Opening Ceremony where he sat next to Bach and declared the Games open, and he is expected to be present for today’s Closing Ceremony at the Beijing National Stadium.

"Chinese President has provided tremendous support all along the way," said Cai.

"He clearly proposed to stage a streamlined, safe and splendid Winter Olympic Games in a green, inclusive and clean approach.

"He paid five visits to the competition zones to give instructions.

"He also met with the IOC President Thomas Bach multiple times, delivered a speech via video conference at the 139th IOC Session, declared the Games open and will attend the Closing Ceremony.

"During Games time, President Xi Jinping attended more than 20 bilateral meeting and other diplomatic activities to build friendships and exchange opinions on cooperation.

"This has shown the world that Chinese people sincere wish and commitment to strive for a bright future together for all people of the world in solidarity.

"Under the strong leadership of the Chinese Government and thanks to the enormous support from all walks of life we have formed close cooperation with the IOC and various other stakeholders to overcome the impact of COVID-19 and successfully completed all the tasks of organising the Games.

Concerns over China’s human rights record resulted in an United States-led diplomatic boycott of the event in Beijing.

Governments in Australia, Belgium, Britain, Canada, Denmark, Lithuania and New Zealand have joined the US in choosing not to attend the Games.

But Zhang Jiandong, executive vice-president of Beijing 2022, claimed they had "wide support from international society".

Among those that Xi held talks with was Russian President Vladimir Putin, who attended the Opening Ceremony even though this country were banned from marching under its own flag as it is currently serving a two-year suspension after being found guilty of state-sponsored doping.

"During the whole process the state leaders and friends from many countries have expressed their interest and support in the Games through various means," said Zhang.

"More than 30 national leaders and leaders from international organisations attended the Opening Ceremony, so these have all showed the theme of 'Together for a Shared Future'.

"We would like to especially thank the IOC, the Winter International Federations, National Olympic Committee and all other stakeholders, including all the media, for their help and support during their preparations for the Games."

Beijing 2022 also reiterated the success of its strict COVID-19 countermeasures with 172 confirmed positive cases identified within the closed loop after 1.8 million tests were conducted since January 23.

"We have created a safe environment for the Games," Han Zhang, vice-president and secretary general of Beijing 2022, said.

"In the process of implementing the countermeasures we have demonstrated a certain degree of flexibility.

"We are trying to make sure that as many athletes as possible can participate to guarantee the splendidness of the Games.

"It is proven that the countermeasures have been very successful and have made the Games splendid.

"We have seen a good balance between being safe and splendid.

"We have already got a good model for pandemic control and believe these experiences will be useful for future events."