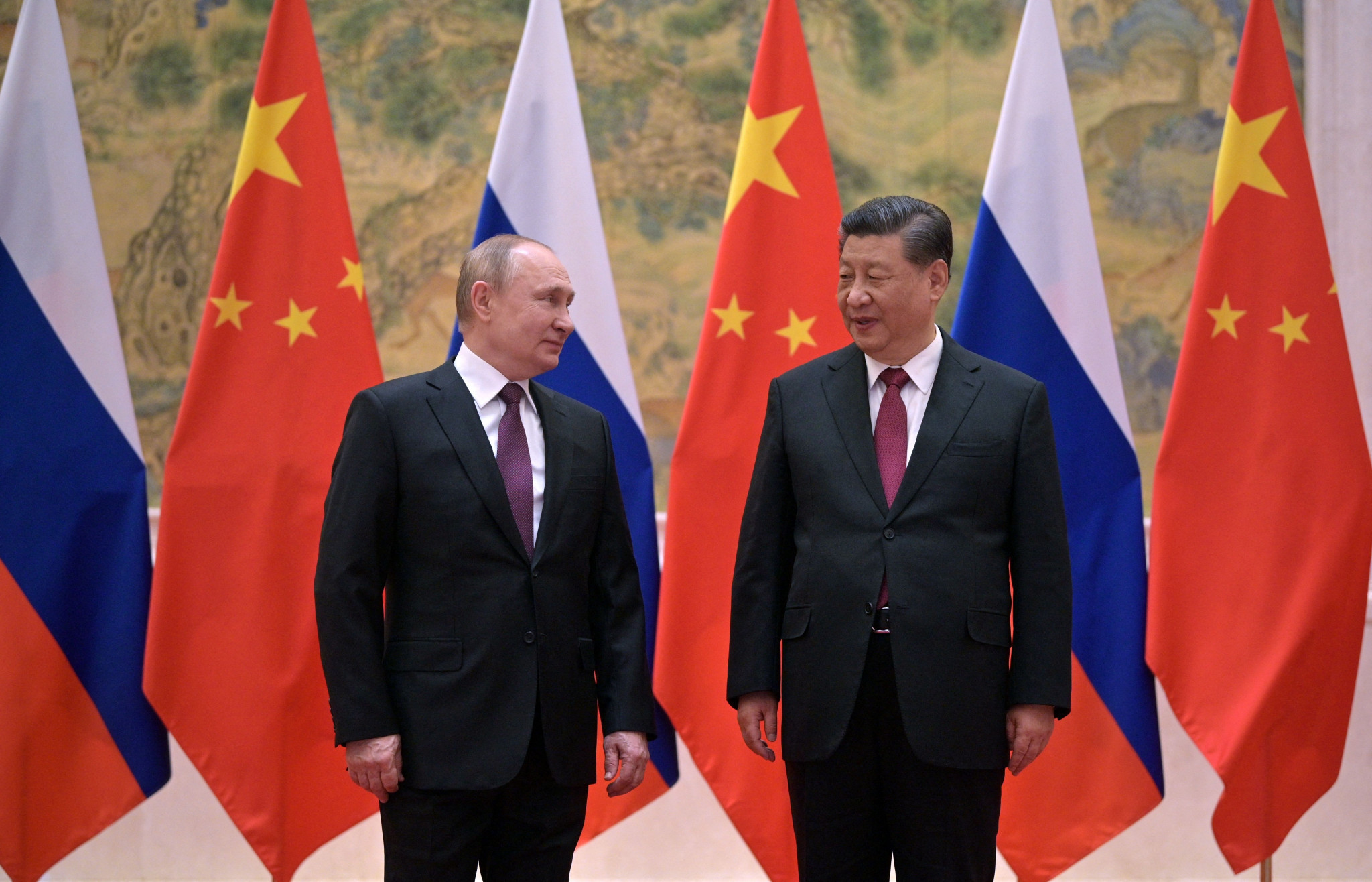 China’s President Xi Jinping and Russian counterpart Vladimir Putin have hit out at the North Atlantic Treaty Organization (NATO) in a meeting held alongside the 2022 Winter Olympic Games here, with the leaders criticising "Cold War" approaches.

The two leaders met for face-to-face talks for the first time in two years due to the COVID-19 pandemic, with the meeting held prior Putin attending the Beijing 2022 Opening Ceremony.

The Russian President has been outspoken in his opposition to diplomatic boycotts of the Games, led by the United States.

The diplomatic boycotts have centred around alleged human rights abuses by the Chinese Government.

Russia has also faced calls to ease tension after a build-up of troops on the Ukrainian border, prompting suggestions the country could launch an invasion.

A joint communique of over 5,000 words was published following the meeting between Xi and Putin, with the pair criticising the potential enlargement of NATO, which would include Ukraine.

"The sides oppose further enlargement of NATO and call on the North Atlantic Alliance to abandon its ideologized cold war approaches, to respect the sovereignty, security and interests of other countries, the diversity of their civilizational, cultural and historical backgrounds, and to exercise a fair and objective attitude towards the peaceful development of other States," the statement said.

"The sides stand against the formation of closed bloc structures and opposing camps in the Asia-Pacific region and remain highly vigilant about the negative impact of the United States' Indo-Pacific strategy on peace and stability in the region.

"Russia and China have made consistent efforts to build an equitable, open and inclusive security system in the Asia-Pacific Region that is not directed against third countries and that promotes peace, stability and prosperity."

The statement added that the "Chinese side is sympathetic to and supports the proposals put forward by the Russian Federation to create long-term legally binding security guarantees in Europe."

Russian reciprocated in its support of the one-China principle, confirming that, "Taiwan is an inalienable part of China, and opposes any forms of independence of Taiwan."

The two nations said they also "oppose politicization (sic) of the issues of combating terrorism and their use as instruments of policy of double standards, condemn the practice of interference in the internal affairs of other States for geopolitical purposes through the use of terrorist and extremist groups as well as under the guise of combating international terrorism and extremism."

China has repeatedly claimed internment camps in the Xinjiang region are re-education camps, aimed at stamping out Islamist extremism and separatism.

China and Russia’s relationship was further strengthened by confirmation that a 30-year contract had been agreed, which will see the latter supply gas via a new pipeline.

It has been estimated that the gas and oil deals struck by the two nations could be worth $117.5 billion (£86 billion/€102 billion).

Putin was pictured on television with his eyes closed as Ukraine marched during the Ceremony held at the Beijing National Stadium.