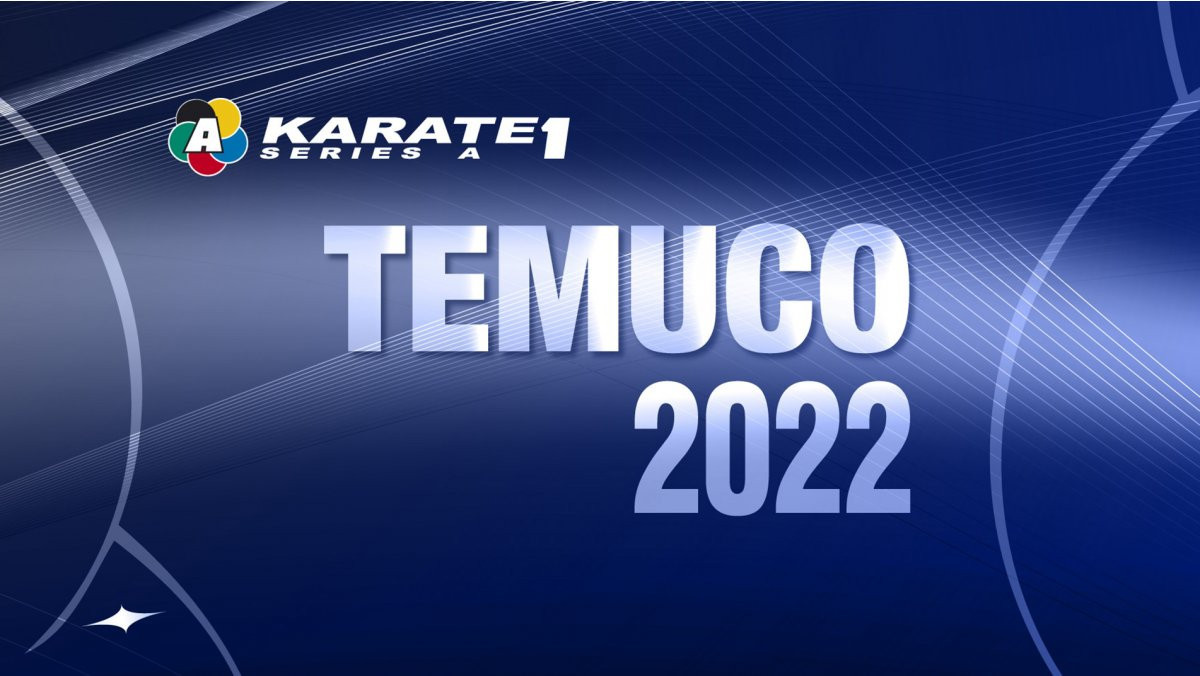 Temuco in Chile is set to host the third event of this season's Karate 1-Series A from September 23 to 25.

The city was selected as Chile is thought to be a hub of international events in the Americas after its capital, Santiago, hosted Series A events in 2018, 2019 and 2020.

It was also the venue of the 2019 World Cadet, Junior and Under-21 Championships.

Temuco is Chile's fourth-largest city with a population of over 260,000 people and is the capital of the Araucania region.

The city's Series A competition was preceded by the season opener in Pamplona.

The Spanish event took place from January 28 to 30 after it was moved from Salzburg due to continuing COVID-19 concerns in Austria.

It was the first time Spain had hosted a major karate event since 2019 when the Karate 1-Premier League came to Madrid.

It was also the first Series A competition since the Santiago event in January 2020.

Athletes will then head to China for the finale from November 11 to 13, although a host city is yet to be decided.

The Karate 1-Series A is designed to provide karatekas with the opportunity to compete at a high level in an open tournament and to earn points to improve their position on the World Karate Federation world ranking.

It sits just below the Karate 1-Premier League which is said to be "the most important league event in the world of karate", according to the WKF.

It began in 2011 and features the world's best karate athletes.

This season begins on February 18 in Fujairah in the United Arab Emirates before heading to Porto, Rabat, Baku and Moscow.