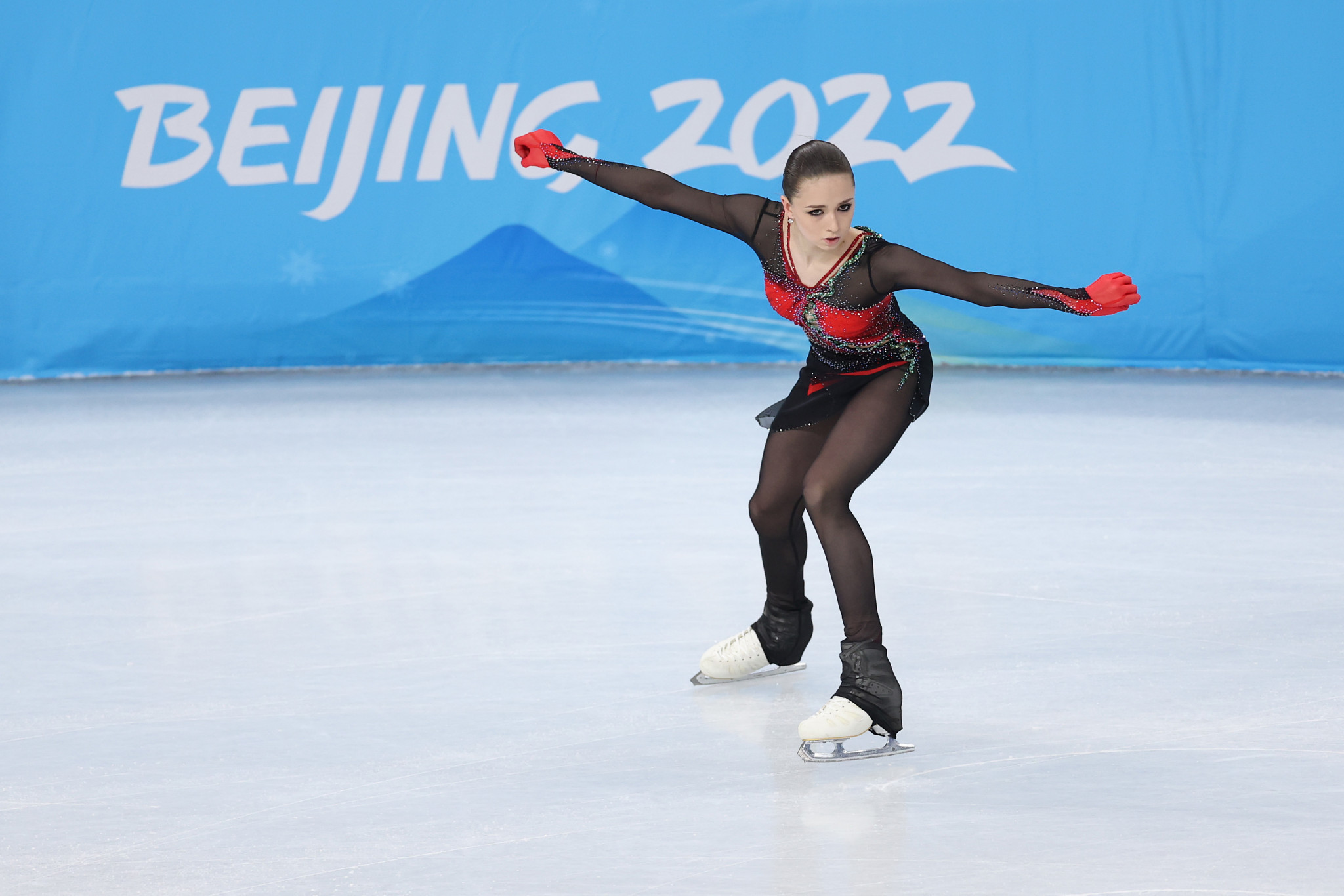 A legal issue involving an anti-doping test taken by Russia’s 15-year-old sensation Kamila Valieva is the reason the medal ceremony for the team figure skating competition at the 2022 Winter Olympic Games has been delayed in Beijing, insidethegames can exclusively reveal.

The medal ceremony had been due to take place yesterday at 9pm local time.

The International Skating Union acknowledged that the delay has been caused by a legal issue and insidethegames has now confirmed that it involves a drugs test taken by Valieva before Beijing 2022.

The Russian Olympic Committee (ROC) had won in the team event, which took place on Monday (February 7), with Valieva proving pivotal to the team's success.

She led the women's singles standings in both the short programme and the free skating.

Valieva performed the quadruple jump twice - a manoeuvre that has never before been successfully landed at the Winter Olympic Games.

The exact nature of Valieva’s problem is unclear, although there have been widespread claims that the drug involved was not performance-enhancing.

Some reports in Russia have claimed the drug involved is trimetazidine, a medicine usually used to prevent angina attacks and help blood flow to the heart.

The situation is complicated even further because, under the rules of the World Anti-Doping Code, Valieva is a "Protected Person".

That means as "an athlete who at the time of the anti-doping rule violation: has not reached the age of sixteen" Valieva cannot officially be identified if she is guilty of an anti-doping violation.

insidethegames understands that several legal teams are currently involved working on the complex case which is expected to stretch into tomorrow before a conclusion is reached.

If Valieva is sanctioned, then any penalties are likely to be much less severe than if she was over the age of 16 and the role her entourage played will come under close scrutiny.

The International Testing Agency (ITA), which is conducting drugs testing at Beijing 2022, did not comment on the specifics of the case.

"The ITA is aware of the various reports circulating regarding the postponed medal ceremony for the figure skating team event at the Olympic Winter Games Beijing 2022," it said in a statement.

"Any announcement connected to these events would always be publicly issued on the ITA's website and not commented on otherwise.

"No such announcement has been published to date."

"Perhaps it will be tomorrow morning," Yermolina added.

Earlier in the day, International Olympic Committee (IOC) spokesman Mark Adams had refused to elaborate on the situation.

"Because there are legal implications involved I can't talk very much about it at this stage," he told the daily Beijing 2022 press briefing.

In Russia, the situation has reached as high as the Kremlin, with President Vladimir Putin's spokesman Dmitry Peskov urging everyone to "wait for some clarification from our sports officials, or from the IOC for understanding".

"Russia is committed to firm and systematic resistance to all violations of sports rules and Olympic ethics."

If the ROC lose a medal they had won by finishing ahead of the United States and Japan, it will be another embarrassment for a country already banned from competing under its own name and flag at these Olympics as punishment for its state-sponsored doping programme.

It would be a personal tragedy for Valieva, nicknamed "Miss Perfect" and already anointed by many judges as potentially the greatest female figure skater in history despite having scarcely started her senior career.

Valieva has 345,000 followers on her Instagram page and has already appeared in the Russian edition of Vogue.

After her performance in Beijing, Hollywood A-lister Alec Baldwin took to Instagram to congratulate Valieva on her achievements, saying: "Thank you, Kamila Valieva, for your gift of heart-stopping beauty to the world."

She told reporters after her performance that she had set the goal of becoming an Olympic gold medallist when she was just a three-year-old.

Valieva's performance on Monday was more than 30 points higher than the second-best score from Japan's Kaori Sakamaoto.

She was too young to compete at last year's World Championships in Stockholm, but at the European Championships in Tallinn last month Valieva became the first woman to score more than 90 points in the short programme, setting a world record of 90.45 on her way to the title.

Her impressive performances have made her a strong favourite to win the gold medal in the individual event at Beijing 2022 as well.

The competition is due to start next Tuesday (February 15) with the short programme, followed by the free skate on February 17.