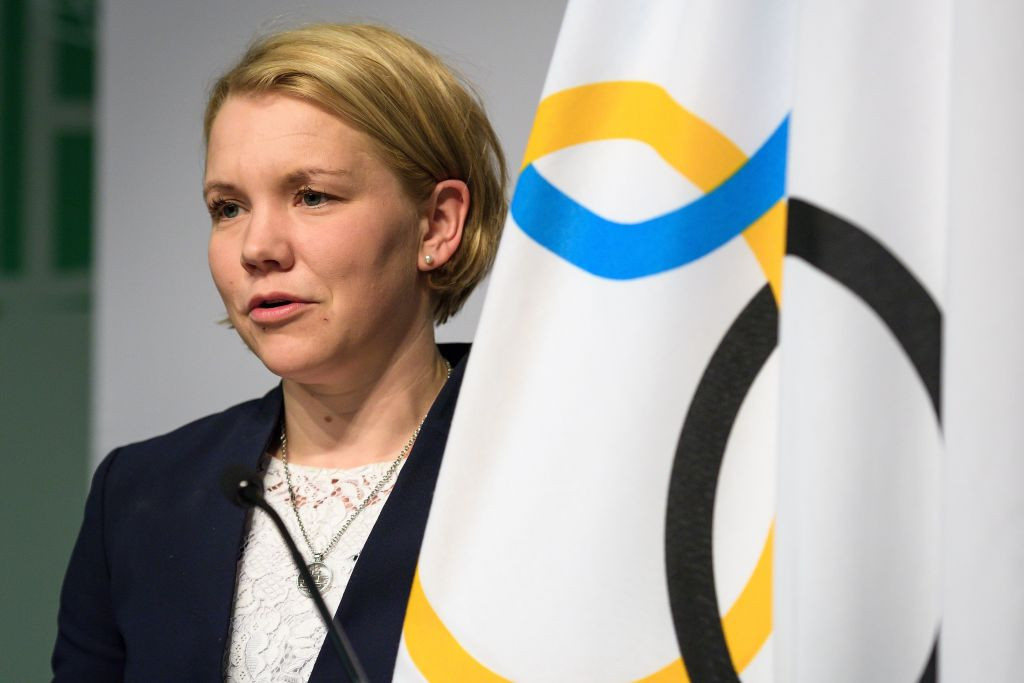 In a post on Instagram, Terho confirmed she had been moved to an isolation facility after receiving a confirmatory test.

The double Olympic ice hockey bronze medallist, elected to chair the IOC Athletes' Commission at Tokyo 2020 last year, said she had "not had any interaction with Games participants since my arrival in Beijing".

The 40-year-old is believed to be the first IOC member to test positive for the novel coronavirus in Beijing prior to the Games, which open on Friday (February 4).

She will remain in isolation until she has produced two negative polymerase chain reaction (PCR) test results with at least 24 hours between the two samples and no other COVID-19 symptoms, after which she will be able to enter the "closed-loop" in place for Beijing 2022.

Terho told insidethegames she was "feeling fully healthy" and did not have any symptoms.

The Finn is now set to join the IOC Executive Board meeting on Wednesday (February 2) and the Session the following day remotely.

It is not yet clear whether Terho's positive COVID-19 test will impact the meeting she is due to attend alongside IOC President Thomas Bach with Chinese tennis player Peng Shuai during Beijing 2022.

The IOC has not confirmed the date for the meeting with Peng, whose whereabouts and safety has become a cause for global concern after she made sexual assault allegations against a high-ranking Chinese Communist Party official.

She informed members of the IOC Athletes' Commission on their WhatsApp group earlier today.

"Even though this is not the start I had envisaged, I was happy to see the protocols that Beijing 2022 has put in place working well, and I have not had any contact with Games participants since my arrival in Beijing," Terho wrote on Instagram.

"I will be joining all the meetings I can remotely and, thanks to our vice-chair Ryu Seung-min and all the Commission members, we will continue to deliver our duties as the Commission.

"Wishing good luck to everyone taking part in the Games."

According to the latest figures provided by Beijing 2022, there have been 139 positive tests among Olympic participants since January 23 - the day the closed loop officially came into effect.

The tally includes 39 athletes and team officials and 100 designated as other stakeholders.

Another IOC Athletes' Commission member, Olympic swimming gold medallist Dániel Gyurta of Hungary, tested positive before departing for Beijing and will not be in attendance at the Games.

International Paralympic Committee President and IOC member Andrew Parsons announced earlier this week that he would miss the Winter Olympics after testing positive for COVID-19.

Princess Anne has declined to attend the Games in Beijing due to travel restrictions caused by the COVID-19 pandemic.

Buckingham Palace confirmed that the IOC member, chair of the organisation's Members Election Commission, will not make it to the Games, citing "difficulties" travelling to the Chinese capital.

It will be the second consecutive Olympic Games Princess Anne, the sixth longest serving member of the IOC having been elected in 1988, has missed after she also decided not to attend Tokyo 2020.