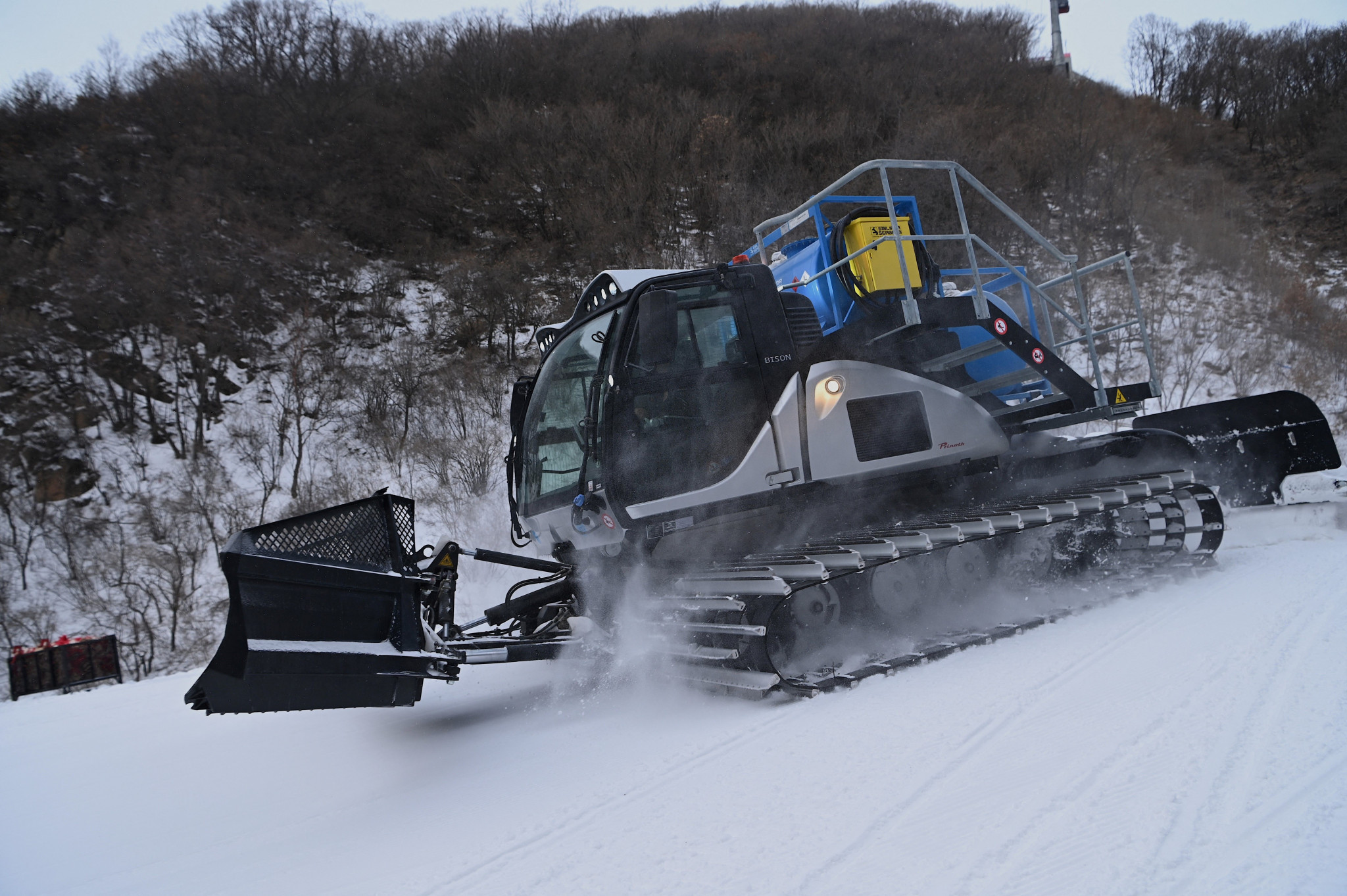 Ski-slope building experts have downplayed concerns over the safety of man-made snow prior to the Winter Olympics here.

The Chinese capital received its first snowfall of the year last week, but artificial snow will largely be used during Beijing 2022.

Tens of millions of gallons of water is set to be turned into fake snow to cover the competition slopes in Yanqing and Zhangjiakou.

Its use has been criticised by athletes with several expressing fears that it could result in further crashes.

"It also hurts more if you fall outside of the course when there is no fluffy snowbank, but a rocky and muddy hard ground."

American Jessie Diggins, a member of Grover’s team who captured gold at Pyeonchang 2018, has also voiced her concerns.

"I think it is getting a little more dangerous and I’ve noticed at the World Cup when it is man-made snow, it is scary because instead of sliding on snow you’re sliding on ice," said Diggins.

Worries over the potential risks man-made snow could pose to athletes has raised question marks over its use at Beijing 2022.

Joe Fitzgerald, a former Canadian freestyle skier who is an expert in ski slope building and is a consultant at Genting Snow Park in Zhangjiakou, insisted claims that artificial snow is more dangerous is a "fallacy".

"I've done eight Olympic Games, and there's been snowmaking at every one of them," Fitzgerald told China Daily.

"And the snow was exactly the same as it is outside here right now.

"We use artificial snow to make sure that we have a consistent surface.

"You actually reduce injuries with artificial snow, because you have a consistent surface to operate on.

"And it's equal and fair for everybody to go down."

A decent winter these days in Zhangjiakou, where a number of events of the upcoming Olympic and Paralympic Winter Games #Beijing2022 will be held. Looking forward. 15 days to go. pic.twitter.com/uZOldWpVmC

Around 200 snow cannons are set to create artificial snow in Yanqing, with pipes and trenches installed to transfer water from a reservoir to a snow-making machine.

The International Olympic Committee has previously claimed that "a series of water-conserving and recycling designs have been put into place to optimise water usage for snowmaking, human consumption, and other purposes".

"We have designed the latest snowmaking system," Davide Cerato, who is head of snowmaking and slope development in Zhangjiakou, told China Daily.

"It's very efficient in terms of energy consumption and the use of water.

"If it is natural snow, you have to work way more.

"You spend more resources to prepare the course with natural snow because you need to compact the snow with extra machinery and manpower to reach the FIS [International Ski Federation] requirements which are very clear."

Beijing 2022 organisers have previously claimed that around 90 per cent of snow used at the Pyeongchang 2018 Alpine skiing venue was artificial, with fake snow also a feature of Vancouver 2010 and Sochi 2014.