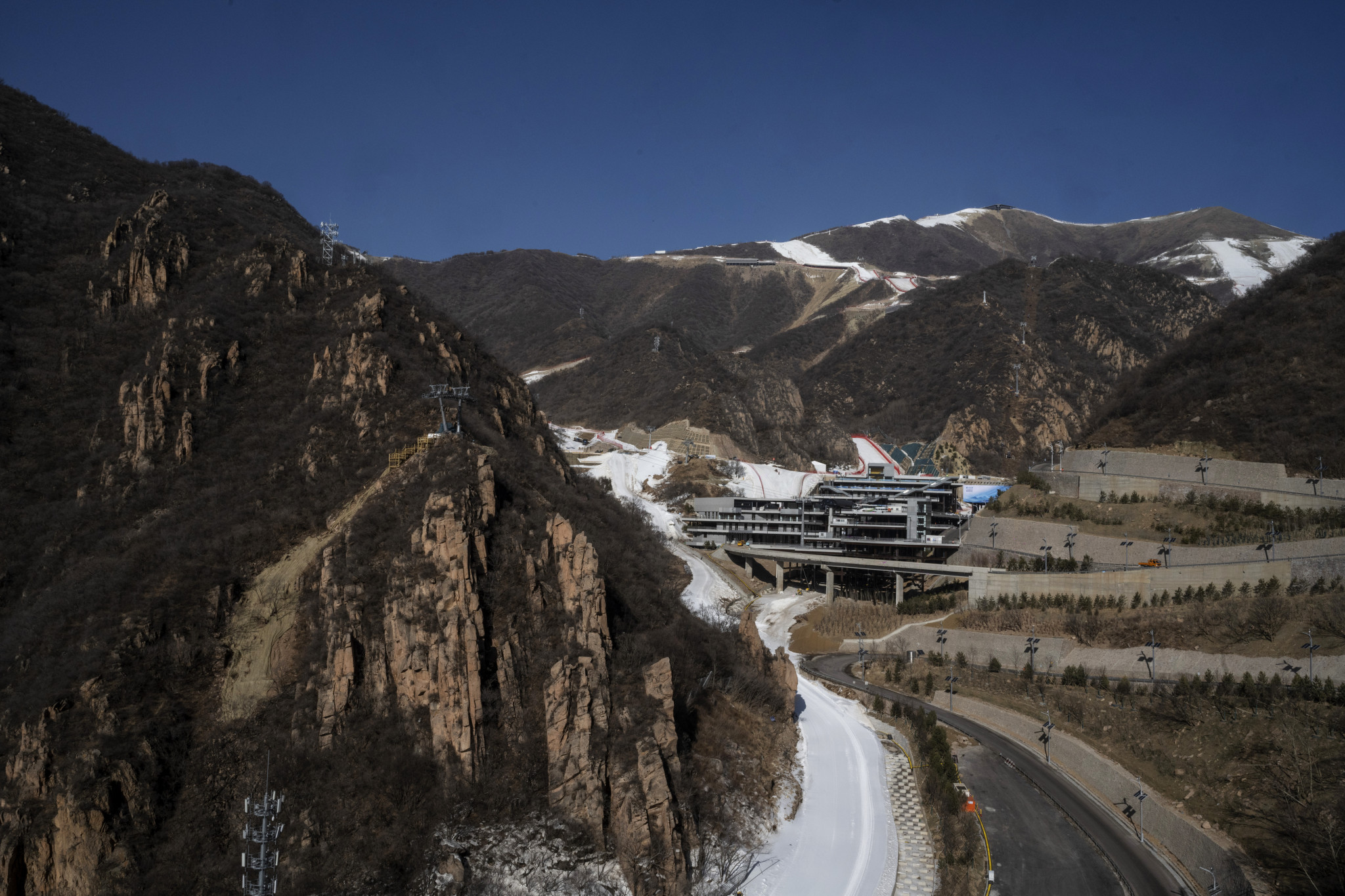 Geographers have expressed concerns at the amounts of artificial snow that could be required for the Alpine events during the Beijing 2022 Winter Olympics.

Data compiled by World Weather Online reports that in the period from January to March this year just two centimetres of snow fell at the National Alpine Ski Centre in Yanqing, which is set to host the Alpine skiing competitions at Beijing 2022.

Professor Carmen de Jong, a geographer at the University of Strasbourg said: "These mountains have virtually no snow," adding that "these could be the most unsustainable Winter Olympics ever held."

Around 200 snow cannons are set to create artificial snow in Yanqing, with pipes and trenches installed to transfer water from a reservoir to a snow-making machine.

The International Olympic Committee (IOC) has claimed that "a series of water-conserving and recycling designs have been put into place to optimise water usage for snowmaking, human consumption, and other purposes."

Around 90 per cent of snow used at the Alpine skiing venue for the Pyeongchang 2018 Winter Olympics was reportedly artificial, while artificial snow was also a feature of Vancouver 2010 and Sochi 2014.

The claim comes as the IOC vowed to cut carbon emissions by 50 per cent by 2030 and signed up to the United Nations’ Race to Zero campaign during COP26, which says the net carbon emissions of the organisation will be zero by 2050 at the latest.

The IOC has also expressed eagerness for the Olympics to be environmentally friendly, which is a key factor in determining future hosts.

Alpine skiing competition at the Yanqing Alpine Skiing Centre is scheduled, weather permitting, to be held from February 6 to 19.