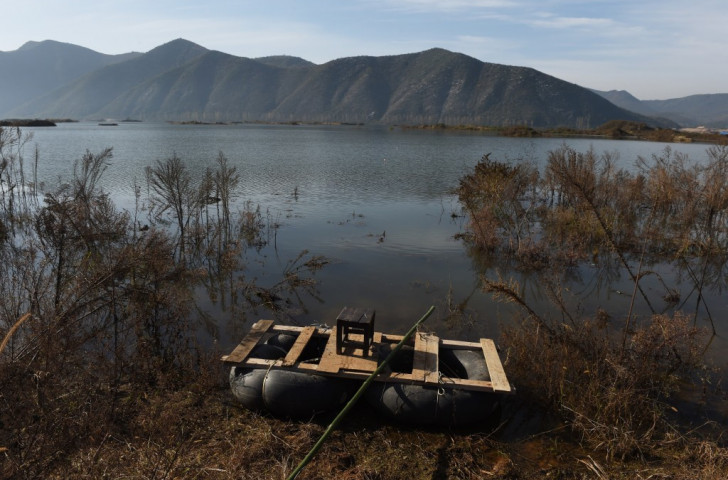 Beijing 2022 have denied claims the conversion of water into artificial snow will negatively impact local populations should the Chinese capital be successful in its bid to host the Winter Olympics and Paralympics.

This follows reports claiming locals do not have access to local reservoirs because supplies are used instead to manufacture snow for the increasing number of resorts to the north of Beijing.

Officials, however, insist such reports are wrong, claiming the Chinese Government have strict measures in place to control and manage water use, especially in Beijing and Zhangjiakou where use is heavily regulated.

These include plans to divert water from a reservoir which reportedly contains 26 million cubic centimetres of water in the winter months.

"The worst case scenario that we fully use artificial snow during the competition would only account for 0.9 per cent of the reservoir content," claimed Beijing 2022 vice-president Zhang Jiandong.

"It will give little difference for the people living there."

But, speaking here during the SportAccord Convention World Sport & Business Summit, officials still failed to divulge any budgetary details for the high speed railway line linking Beijing with the mountain cluster over 190 kilometres to the northwest close to Zhangjiakou.

This is because, they claim, the line is the responsibility of the China Railway Company and is one part of a larger network linking the capital with Inner Mongolia which is already being built and will be completed regardless of the bid proving successful or not.

Yet, with construction having been seemingly brought forward because of the bid, and with the line such a key part of the Chinese effort - aiming to reduce journey times from three hours to 50 minutes - it is hard to agree with the Bid Committee's view that this project, as well as the construction of two major highways linking the two cities, is unrelated to the bid.

This contrasts with the approach of Beijing's only surviving rival, Almaty, with their vice-chairman Andrey Kryukov having pledged to insidethegames that every bit of wider spending in any way associated with the bid, including new roads and artificial snow, will be included in one of the two Games budgets.

Beijing officials have, however, now claimed that extra spending on the line necessary during the Games, with trains due to run every five minutes during peak times, will be included in the budget, and was already part of the transportation allowance in the Bid Book proposals, a point that has not been made clear until now.

A detailed breakdown of the transportation budget is not given in the Bid Book, but the total expenses proposed is the relatively small total of $104 million (£61 million/€97 million) in projected 2022 value.

Elsewhere, officials remain coy over potential changes to the bid following last month's International Olympic Committee Evaluation Commission inspection, admitting that some minor ones may take place but adding that they have not been finalised yet and there is no definite timeline by which to do so.

One such likely tweak involves the two venues for ice hockey, with initial plans being for the men's event, along with Paralympic ice sledge hockey, to be held at the National Indoor Stadium while the women's competition would take place at the Wukesong Sports Centre where basketball was held at Beijing 2008.

But following a recommendation by the IOC, insidethegames has now been told that they are capable of holding both men's and women's events in each venue.