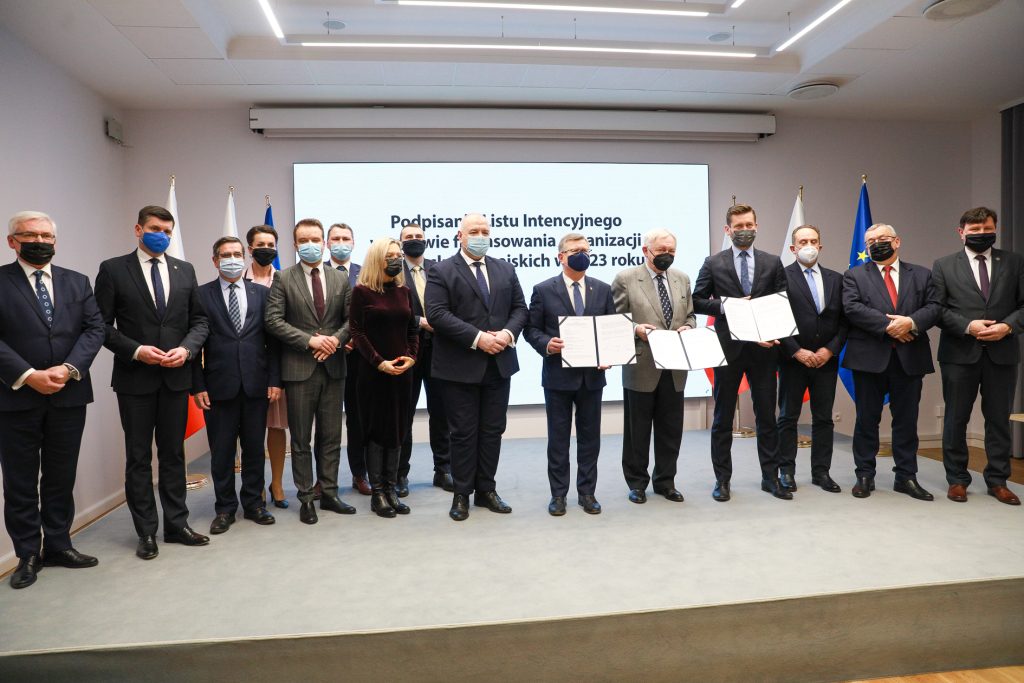 A letter of intent has been signed by Poland’s Minister of Sport and Tourism, Kamil Bortniczuk, confirming support for the 2023 European Games in Kraków and Małopolska.

Bortniczuk’s signature was made on behalf of Poland’s Treasury.

The letter of intent confirms funding commitments for the Games, with the operating costs of the Games expected to be around PLN400 million (£73 million/$100 million/€88 million).

The Minister of Sport and Tourism will cover 50 per cent of costs under the agreement.

Kraków and Małopolska will each cover 25 per cent of the costs, but have declared their expenditure will not exceed PLN100 (£18 million/$25 million/€22 million).

"I am convinced that this event will inspire Poland and Poles to more ambitious sports achievements," said Poland’s Prime Minister Mateusz Morawiecki.

"We will show our class and skills, both in terms of sports, operational and organisational.

"Here, in Kraków and Małopolska, sports infrastructure facilities will be built or modernised, which will allow to organise a sports event at the highest, world level."

The Ministry of Sport and Tourism said the expenses will be included in the state budget for 2022 and 2023.

The letter of intent and funding commitments should pave the way for the long-awaited signing of the Host City Contract for the Games.

Funding has been a recurring talking point for the Games since the COVID-19 pandemic, after it was awarded to Poland in June 2019.

The Polish Government agreed to finance sports infrastructure required for the Games in November, while the Kraków City Council also sought support for improved transport infrastructure, including around the student campus where the Olympic Village is expected to be developed.

Kraków Mayor Jacek Majchrowski has welcomed the signing of the letter of intent.

"In line with the promise made by the Government, the European Games will also bring specific benefits for the inhabitants of Kraków- in the form of repairs, modernisation of roads and pavements, or subsidies for strategic urban investments, such as the reconstruction of al. November 29 or the construction of a road junction in Opatkowice," Majchrowski said.

"We are also counting on investments in the sports infrastructure of Kraków.

"I believe that the profits for the city and its inhabitants will exceed the costs incurred."

The act introduces legal solutions to allow the organisers to conduct operations effectively in preparation for the event.