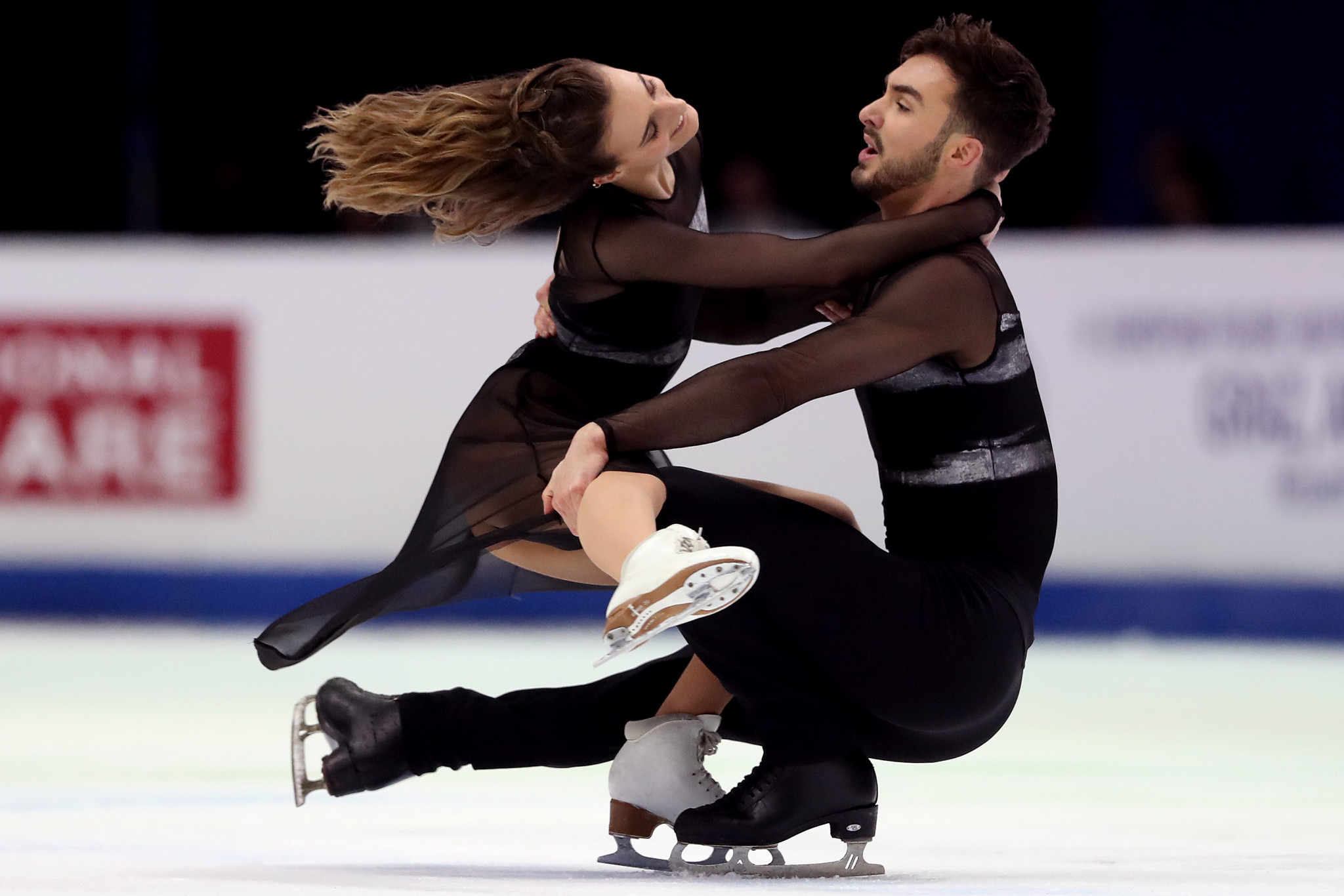 The French Federation of Ice Sports (FFSG) said Papadakis and Cizeron, among the star names that had been due to compete in the Estonian capital, were worried about testing positive for COVID-19 prior to the 2022 Winter Olympic Games in Beijing.

"Considering the health situation and the evolution of COVID in the world, and more particularly in Europe, the pair, who train in Montreal, judged it unreasonable to travel and take the risk of contracting COVID-19," the FFSG said in a statement.

"Testing positive at this stage would put their preparation and even their participation in the Games in doubt."

Reigning world champions Victoria Sinitsina and Nikita Katsalapov of Russia are the favourites in the ice dance event at the Championships, which begin tomorrow and conclude on Sunday (January 16).

Papadakis and Cizeron claimed five straight European titles between 2015 and 2019 before losing out to the Russian pair in 2020.

Russia's Alexandra Stepanova and Ivan Bukin, the four-time European medallists, will also be hoping to challenge for the title.

Their compatriot Kamila Valieva will be aiming to further cement her status as a future star of the sport in the women's singles competition.

Valieva is in a field which also includes team mate and reigning world champion Anna Shcherbakova.

The Championships will offer skaters their last major test before Beijing 2022 opens on February 4.

Last year's event was cancelled because of the COVID-19 pandemic.