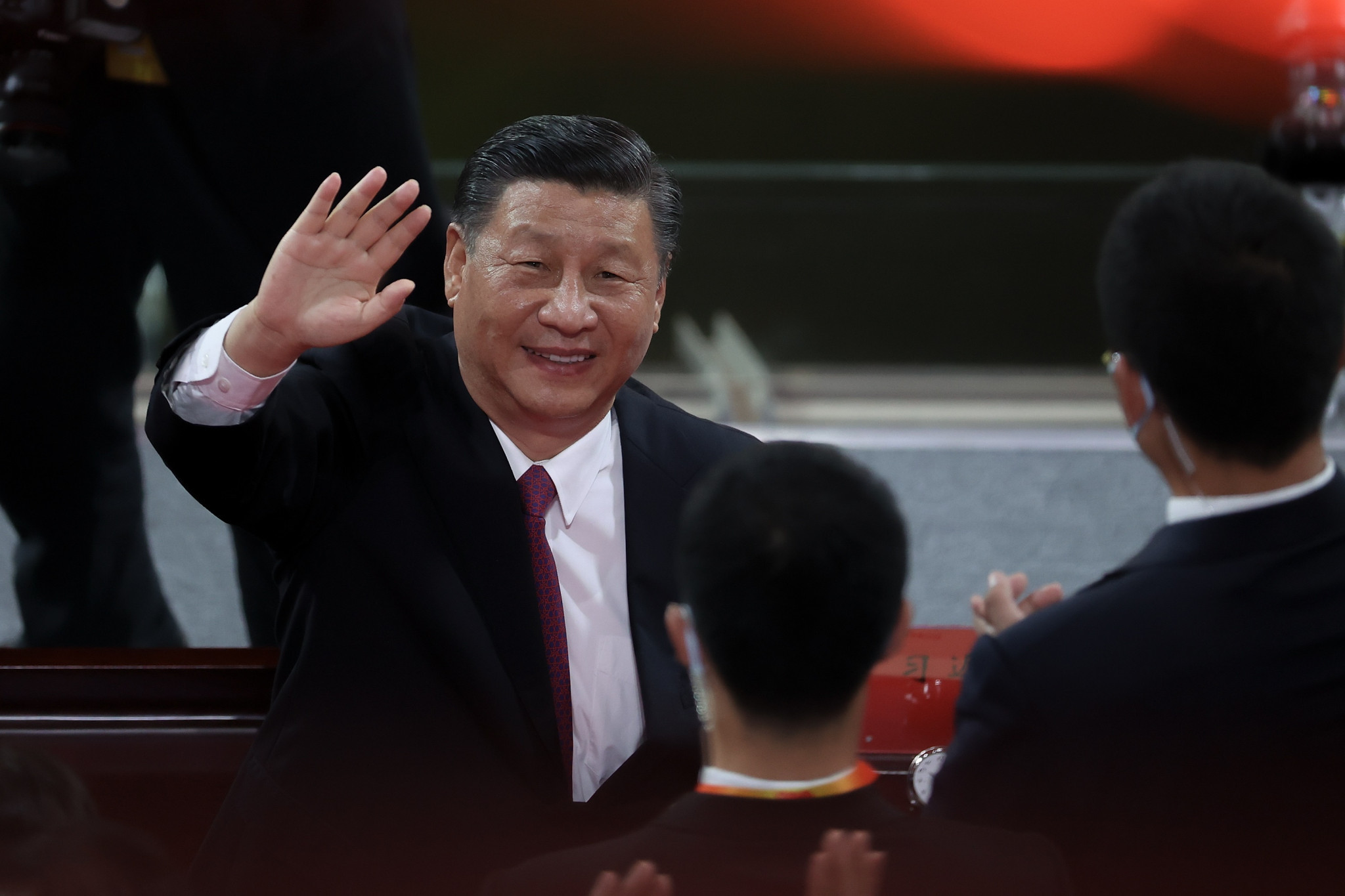 Chinese President Xi Jinping was given a tour of Beijing 2022 venues as he assessed final preparations for next month's Winter Olympics.

XI visited the National Speed Skating Oval, known as the "Ice Ribbon", which is one of Beijing’s 12 competition sites and will stage the speed skating events.

The Games are scheduled to open on February 4 despite rising COVID-19 cases across the world caused by the Omicron variant, and criticism over the country's human rights record.

Speaking to Beijing 2022 staff during his visit, Xi insisted "it is time to seize the opportunity and be the best version of yourself".

"Preparing over such a long time is difficult but the struggle is worth it," Xi said in a video published by the state-run China Global Television Network.

Xi also addressed workers at the Ice Ribbon where he urged them to give their all to deliver a "splendid" Games.

"Just put in the effort for another month.

"As I said, smooth means success.

"We need to make solid efforts to ensure the success of the Winter Olympics, allowing the Games to truly reflect our idea of [being] green, simple and safe."

With little more than a month to go before the Games are due to start, Beijing 2022’s "closed-loop management system" officials came into use yesterday as the overseas workers began to arrive in the Chinese capital.

Anyone travelling into the city for the Games will enter the closed loop where they will undergo daily testing for COVID-19 and be unable to access the outside world for the duration of their time in Beijing.

Those who are fully vaccinated will not need to isolate for 21 days before entering the system which will provide dedicated transport to move between venues.

The closed loop is central to organisers’ COVID-19 countermeasures.

Yuzhou, which has a population of 1.1 million and is more than 400 miles from Beijing, went into lockdown yesterday after just three asymptomatic COVID-19 cases were identified.

It was the second Chinese city to be placed under the toughest restrictions in recent weeks after Xi'an was locked down on December 23.

The 13 million residents of Xi'an have been confined to their homes for the past two weeks as the Chinese Government bids to halt the spread of the virus.

As well as the coronavirus pandemic, the build-up to Beijing 2022 has been dominated by criticism of China's record on human rights.

Campaign groups opposed to Beijing staging the Winter Olympics held protests in several cities yesterday to call for nations to boycott the Games.

Small demonstrations took place in Antwerp, Brussels, Brisbane, Berlin, Lucerne and London - among others - on what was called a "day of action" by campaigners.

Several countries including the United States, Australia and Britain have announced a diplomatic boycott of the Games in protest at China’s human rights record.