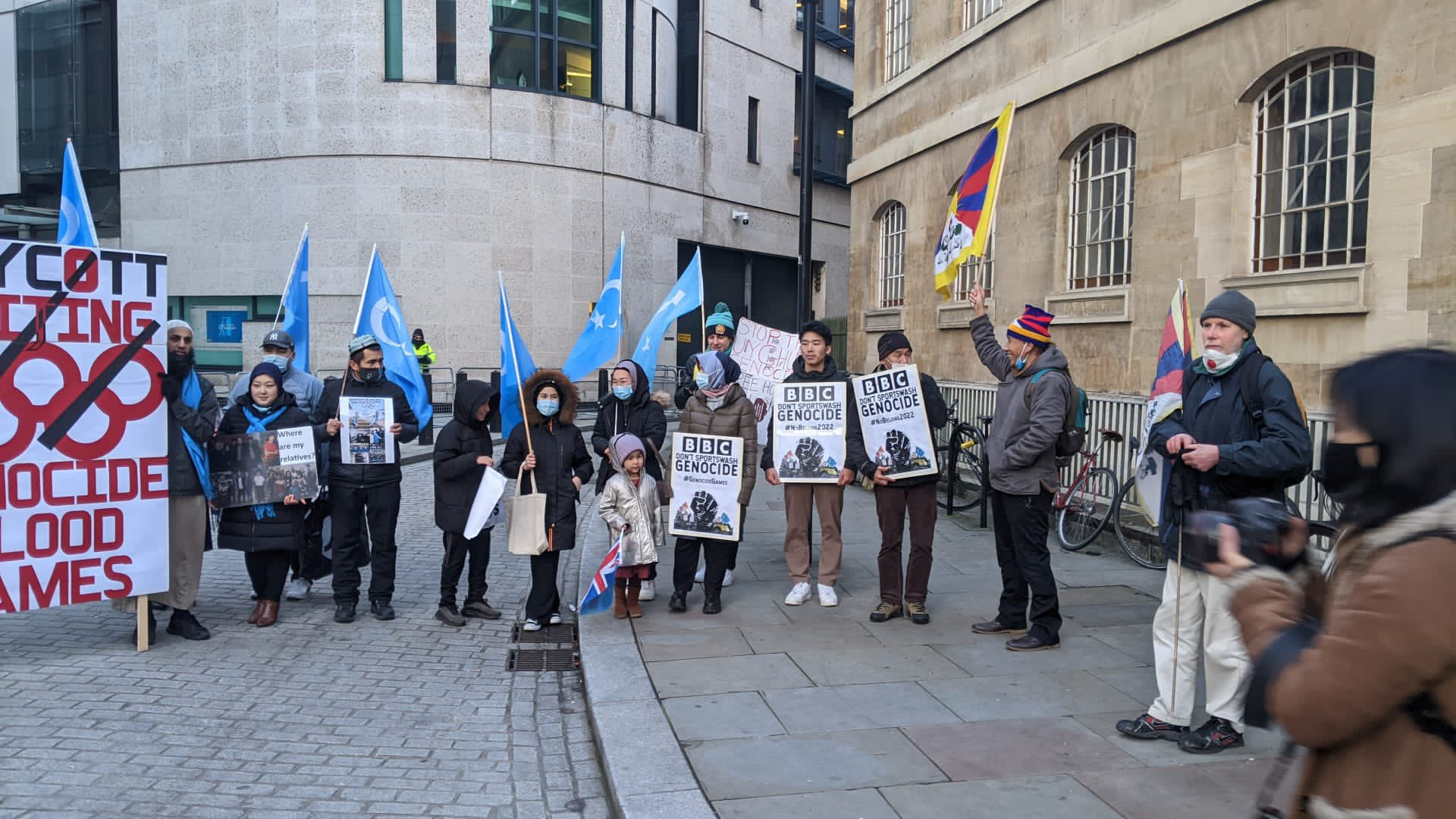 Campaign groups opposed to Beijing staging the 2022 Winter Olympic and Paralympic Games have held protests in several cities to call for nations to boycott the upcoming event.

Small demonstrations took place in Antwerp, Brussels, Brisbane, Berlin, Lucerne and London - among others - on what has been called a "day of action" by campaigners.

The build-up to Beijing 2022, due to open in exactly one month's time, has been dominated by concerns over China's human rights record and has led to countries including the United States announcing a diplomatic boycott of the Games.

Critics have argued its treatment of Uyghur Muslins in Xinjiang amounts to a genocide, while its actions in Tibet and Hong Kong have also come under scrutiny.

Members of the Tibetan and Uyghur communities were among those to participate in today's protests, which included one outside of the offices of the British Broadcasting Corporation in London.

Protestors held banners and signs calling for China to end its genocide on Uyghurs and to boycott what they claim is the "Genocide Blood Games" outside Broadcasting House.

In Brussels, demonstrators protested in front of the European Union Commission and marched five kilometres to the Chinese embassy, according to the Belgium Uyghur Association.

Our protest today together with groups of Tibet & Hongkong in front of EU commission and 5 km march to Embassy of ?? in Brussels while a debate was going on regarding the #Beijing2022 in Brussels Press Club attended by @stoop_k from @UyghurCongress & @EU_today. pic.twitter.com/sZMzIt1m1T

Posters with the words "Boycott Beijing 2022" adorned a bridge near the train station in Lucerne, while a rally was staged by activists in German capital Berlin.

International Olympic Committee (IOC) President Thomas Bach insisted in his New Year message that "the Olympic Games must be beyond all political disputes" amid the diplomatic boycotts.

Bach has never publicly uttered the word "Uyghur", even when prompted to do so or when asked during a press conference.

Critics have claimed the IOC has pandered to China by refusing to condemn its alleged human rights violations.