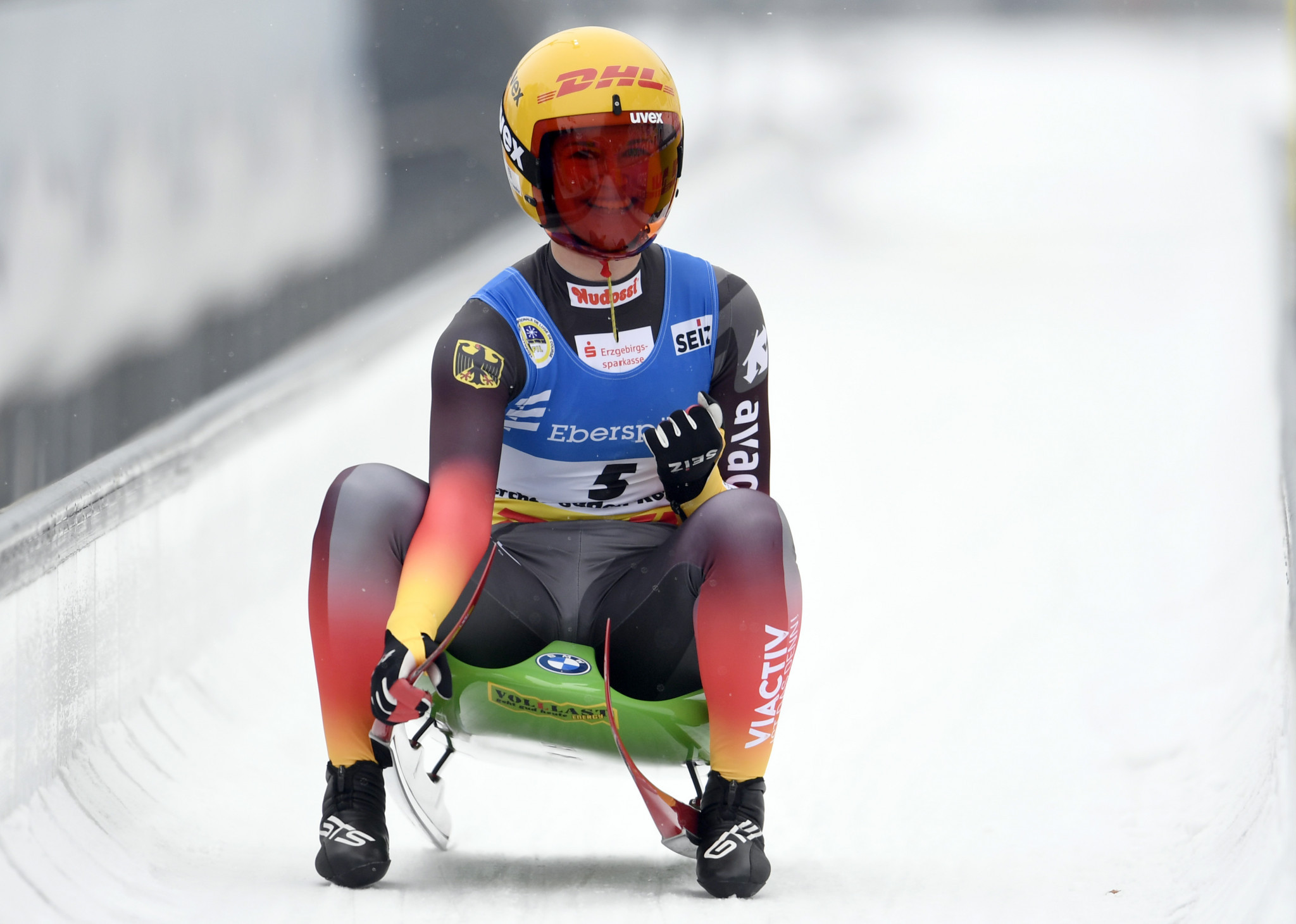 Taubitz maintained her 72-point lead in the women's singles overall standings after winning the first World Cup leg in Innsbruck and then placing second in the sprint event at the Austrian venue.

Madeleine Egle clinched victory in the sprint and placed a second a day earlier on home ice in Innsbruck.

The pair lead the way with 594 and 522 points for the season, while a third-place finish in the sprint for Germany's Anna Berreiter last time out keeps her third for the season on 475.

Compatriot Natalie Geisenberger is her closest challenger on 382.

In the men's singles, Ludwig's gold in the first World Cup event in Innsbruck and a third-place finish in the sprint kept him top of the overall standings on 575 points, although his lead was cut slightly by Austria's Wolfgang Kindl, who moved onto 481 after placing second and first.

There will be no winter in Winterberg for our 2022 Luge World Cup. Warm and rainy weather makes training and racing difficult. But we don't let it spoil our mood. Have fun with luge https://t.co/dFqajyznUB#LugeLove #FILuge #LugeBJ22 #Beijing2022 @VeltinsEisArena #roadtobeijing pic.twitter.com/Nfstog0Ffz

Dominik Fischnaller of Italy rounds off the top three on 381, although Russia's Roman Repilov is breathing down his neck on 370.

Latvia's Andris Šics and Juris Šics continue to set the pace in the doubles after two second-place finishes in Innsbruck moved them onto 565, with Germany's Toni Eggert and Sascha Benecken second on 506 after victory in the Innsbruck sprint.

Andrey Bogdanov and Yuri Prokhorov of Russia are third on 399.

The fourth mixed relay World Cup of the season is also scheduled for Sunday (January 2) in Winterberg, with Germany leading the overall standings on 231 after triumphing in Altenberg last month.

The mixed relay is set to follow the women's singles events on Sunday, with the doubles and men's singles races due to take place tomorrow.

Three further legs of the Luge World Cup circuit are scheduled for this month in Sigulda, Oberhof and St Moritz, although WInterberg is the penultimate stop in which ranking points are available for Beijing 2022 Winter Olympic qualification.