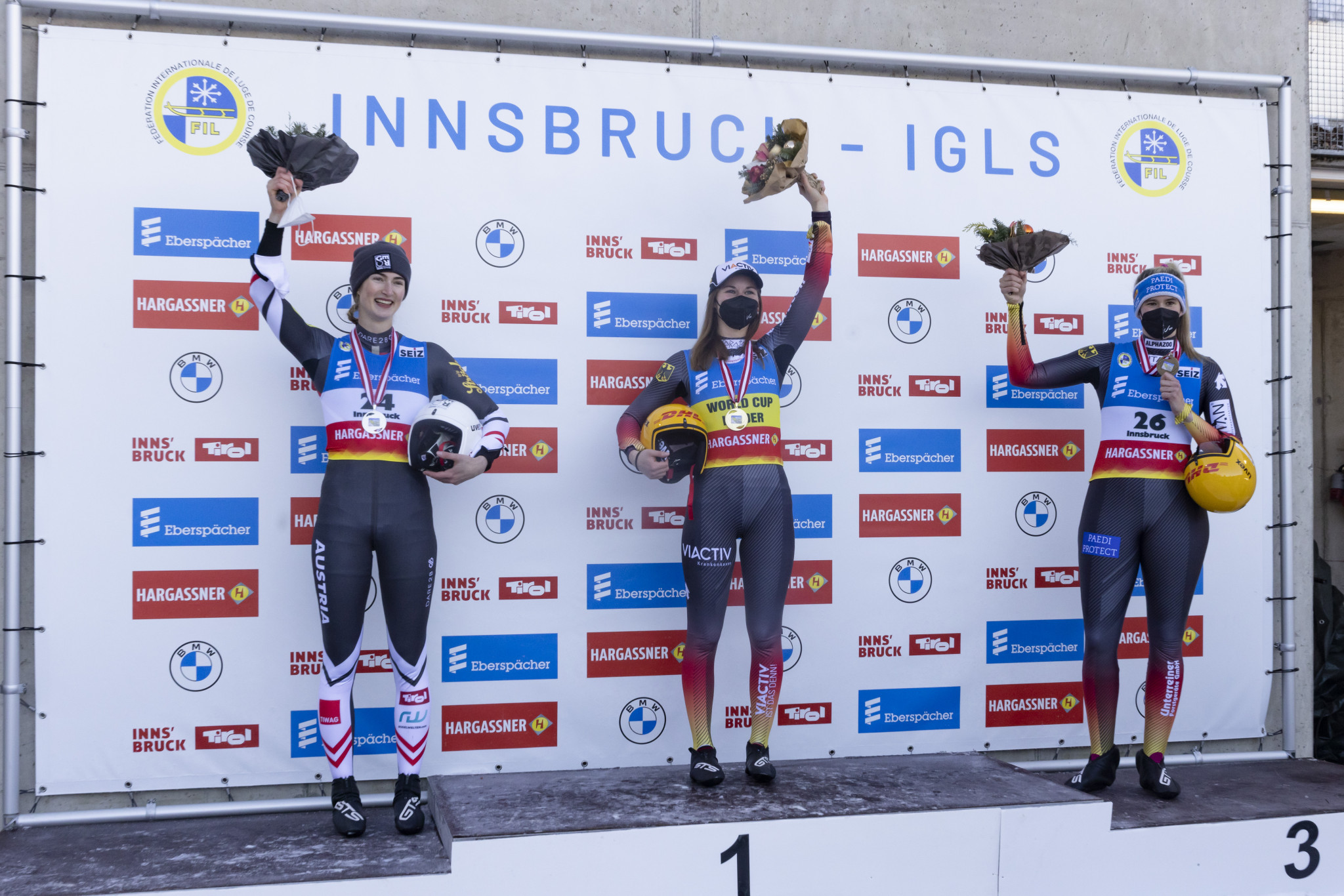 Women's Luge World Cup front-runners Julia Taubitz of Germany and Austria's Madeleine Egle both won a race each at the Olympic Sliding Centre in Innsbruck.

Taubitz, however, still leads the way in the World Cup standings after picking up the maximum 100 points with a victory in the individual event.

That enabled her to pip Egle to gold as she finished 0.012sec further behind with a second run of 39.749.

Another German athlete finished on the podium, with Anna Berreiter recording a time of 30.115.

Taubitz still holds a 72-point lead on 594 over her Austrian rival in the overall World Cup standings after the season passed the halfway stage, with Berreiter third on 475 ahead of Geisenberger on 382.

The men's singles sprint World Cup was also won by a home favourite as Wolfgang Kindl secured victory in 32.390, with Jonas Müller making it an Austrian one-two with his time of 32.430.

Germany's World Cup leader Johannes Ludwig broke the track record in yesterday's individual event but had to settle for third today as he posted a 32.537 effort.

Ludwig now has 575 points for the season but has had his overall lead cut slightly by Kindl, who is on 481 after the Innsbruck double-header.

Italy's Dominik Fischnaller is exactly 100 points further back in third after placing 12th in the sprint.

Toni Eggert and Sascha Benecken of Germany clinched doubles sprint gold as they clocked 29.905 for a first World Cup win since the season opener in Yanqing.

As they did yesterday, World Cup leaders Andris Šics and Juris Šics of Latvia came second in the sprint with a time of 29.960, with the doubles winners in Innsbruck Thomas Steu and Lorenz Koller of Austria placing third in the sprint in 29.970.

The Šics brothers now hold a 59-point lead at the top on 565, with Eggert and Benecken second on 506 and Russia's Andrey Bogdanov and Yuri Prokhorov third on 399.

The Luge World Cup circuit continues with a team relay in Winterberg on January 1 and 2.