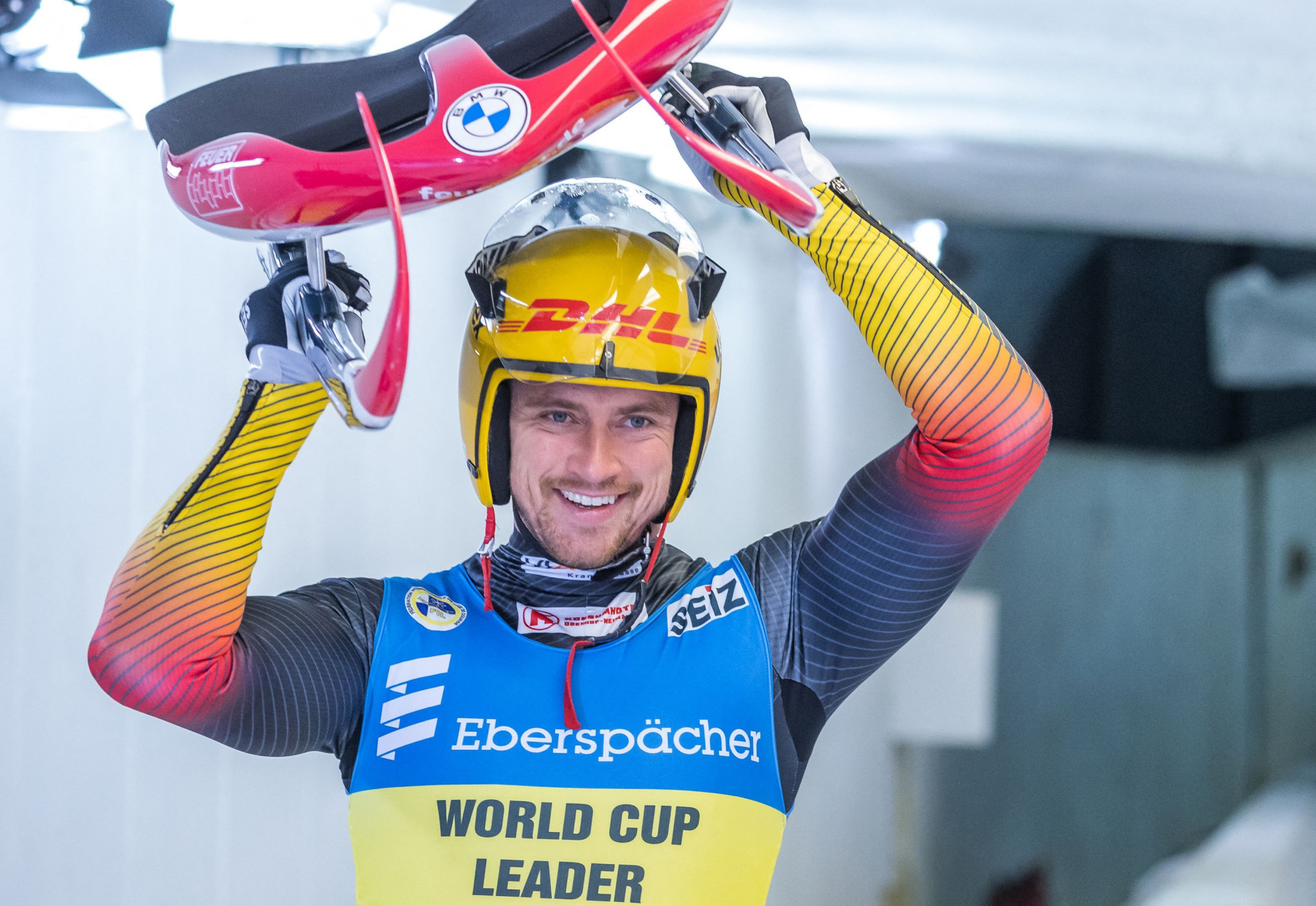 The men's singles overall Luge World Cup leader Johannes Ludwig of Germany won his third event of the season as he broke the track record at the Olympic Sliding Centre in Innsbruck.

This was his first victory since the opening two World Cups of the campaign in Yanqing and Sochi, and came courtesy of a total time of 1min 39.605sec.

A strong challenge from Austrian home favourite Wolfgang Kindl earned him silver, with his 1:39.654 moving him into second place for the season.

German athletes had occupied the top three places on the overall standings going into the Innsbruck leg of the circuit, but a bronze from Dominik Fischnaller with a 1:39.880 forced him onto the podium.

There was a victory for the host nation in the doubles event, as Thomas Steu and Lorenz Koller made it back-to-back wins on the World Cup circuit with a total time of 1:19.281.

Andris Šics and Juris Šics of Latvia stay top of the leaderboard after finishing second in 1:19.303, while Italy's Emanuel Rieder and Simon Kainzwaldner were third in 1:19.452.

Toni Eggert and Sascha Benecken of Germany stay second for the season but lost further ground at the top after a disappointing 13th place finish, while third-placed Andrey Bogdanov and Yuri Prokhorov of Russia came seventh.

Competition continues in Innsbruck tomorrow with the women's singles and the sprint events across all three categories.