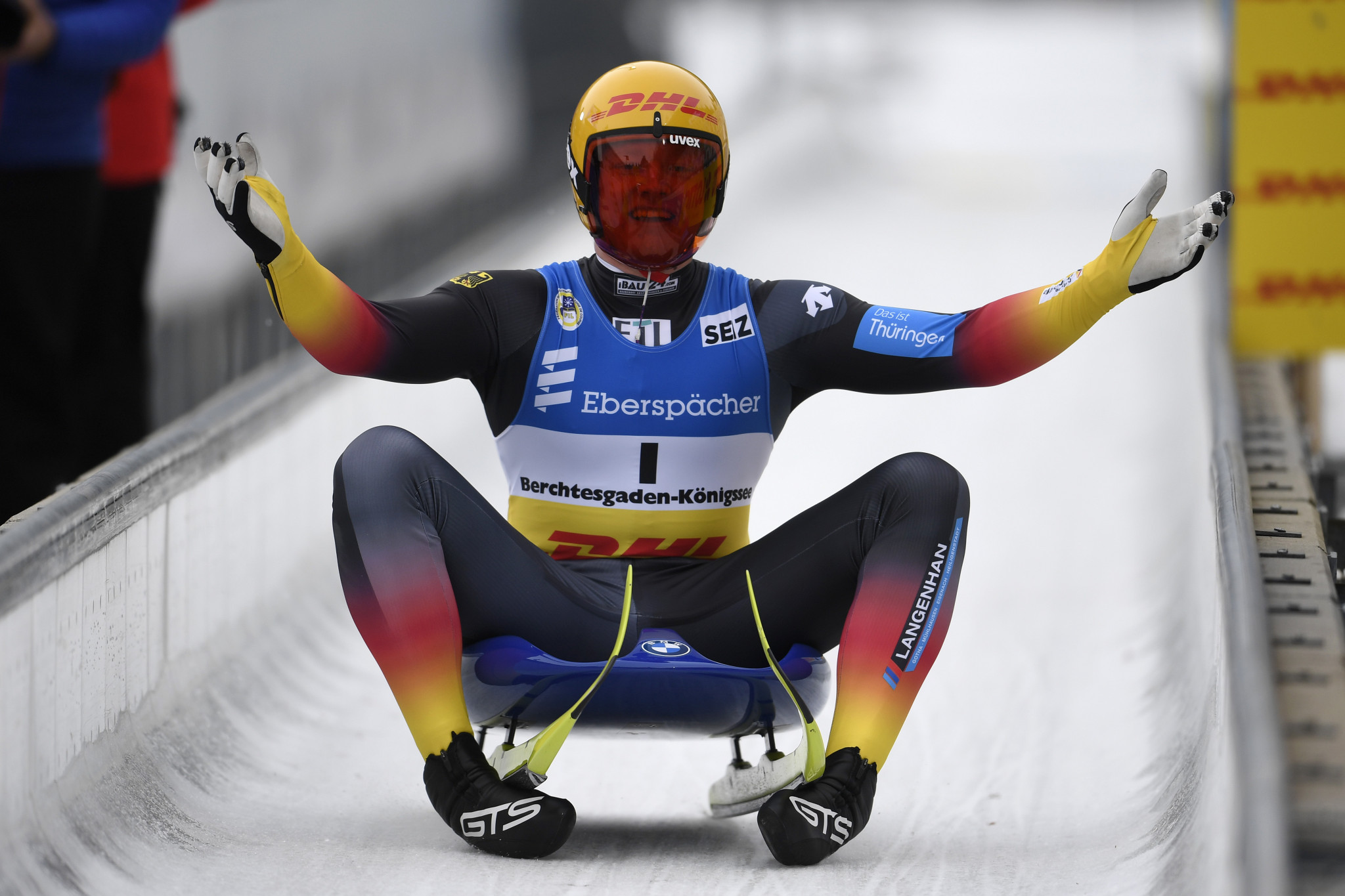 The International Luge Federation's World Cup circuit continues at the Olympic Sliding Centre in Innsbruck this weekend, with sprint events meaning two sets of medals are up for grabs in the men's and women's singles and the doubles.

The men's singles will be the first World Cup event in Austria, after the gold medal in Altenberg last weekend was shared for the first time in 10 years between Wolfgang Kindl of Austria and Germany's Max Langenhan, who both clocked 1min 47.997sec.

It was the first victory of the season for both athletes, but Johannes Ludwig of Germany leads the way with 405 points in the overall standings after his third-place finish.

Langenhan and Felix Loch complete a German one-two-three on the leaderboard.

German athletes also occupy the top two places in the women's singles, but it was Austria's Madeleine Egle who forced herself into the top three by winning her second event of the season in Altenberg.

Julia Taubitz tops the standings on 409 points having finished on four of the five World Cup podiums this season, with Anna Berreiter in second on 345.

Doubles racing follows the men's singles tomorrow, with Andris Šics and Juris Šics still leading on 395 despite missing out on a medal for the first time in this campaign last weekend.

Austria's Thomas Steu and Lorenz Koller triumphed in Altenberg, although it was only the second event in which they were competing so far this season.

Toni Eggert and Sascha Benecken of Germany closed the gap on the Šics brothers by finishing second last weekend - they now sit on 376 points.

The second sprint World Cups of the season will also be held across all three categories on Sunday (December 19), following the two women's singles runs.

The sprint events will be the seventh of the 13-leg World Cup campaign, taking the circuit past the halfway stage.