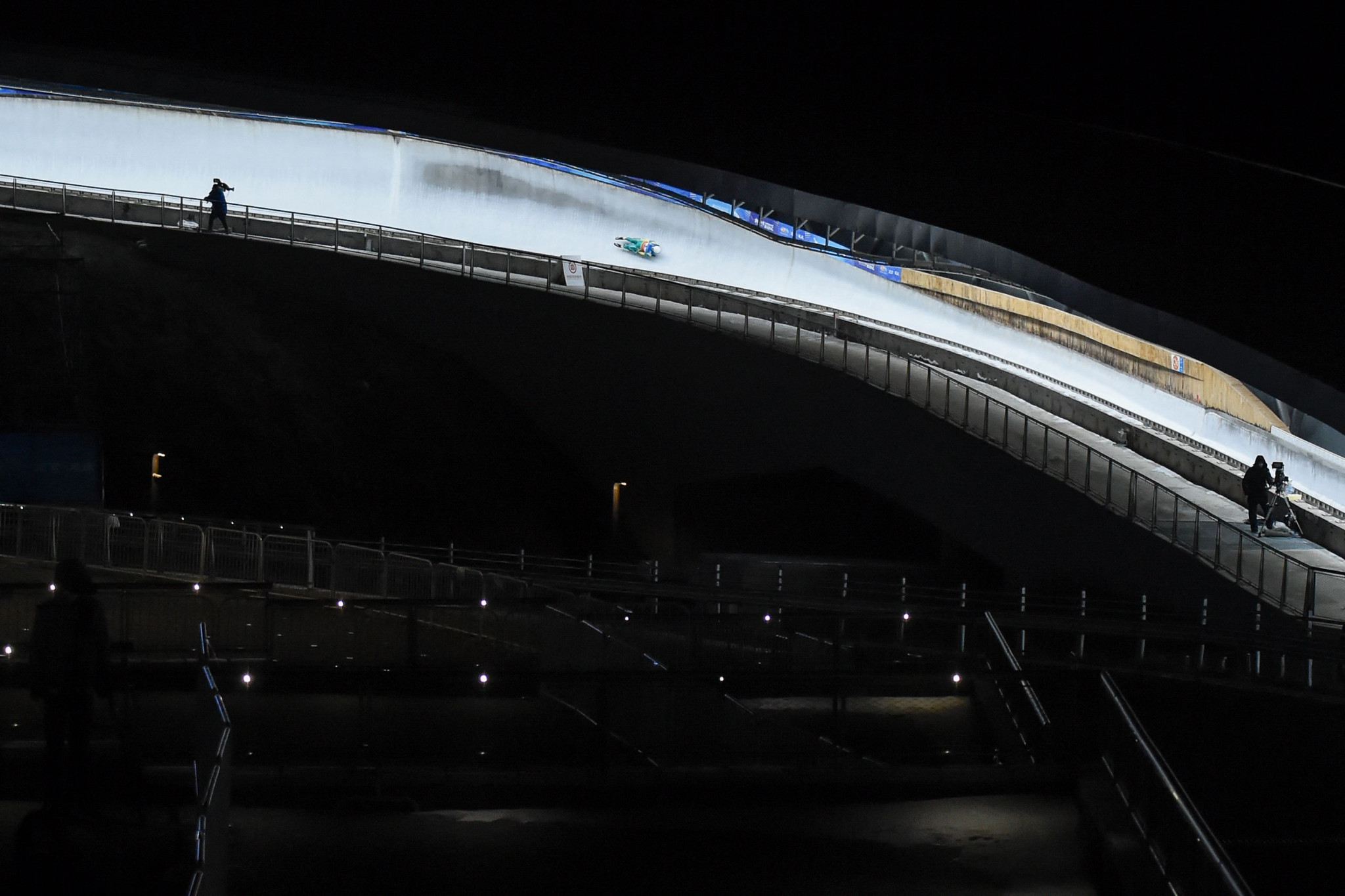 The International Luge Federation (FIL) has updated its qualification system for the Beijing 2022 Winter Olympic Games after organisational difficulties at World Cup events in Yanqing, Sochi and Altenberg.

Athletes' four best results from the seven World Cups held prior to January 10 will now be used for the all-important Olympic rankings, rather than all seven as was previously the case.

The FIL said it had taken this decision "to improve equal opportunities for athletes".

The Yanqing National Sliding Centre will stage luge events at Beijing 2022, and the opening World Cup of the season doubled up as a test event for the Winter Olympics.

However, some scheduled training was cancelled after passengers on a chartered flight from Frankfurt tested positive for COVID-19, and certain athletes had fewer sliding opportunities because they had to self-isolate.

Testing in China was also marred by Mateusz Sochowicz suffering a fractured kneecap and bone-deep cut to his leg when he crashed into a closed barrier which should have been open.

There were also issues in Sochi in Russia and Altenberg in Germany, with sled boxes and other equipment not arriving in time for some athletes.

These disadvantages faced by certain athletes led to the change in qualification rules.

The FIL's vice-president for sport Claire DelNegro added: "The FIL wishes all athletes, despite this difficult time, a successful season."

Germany has traditionally been the most successful luge nation at the Olympics, and won three of the four gold medals at Pyeongchang 2018.