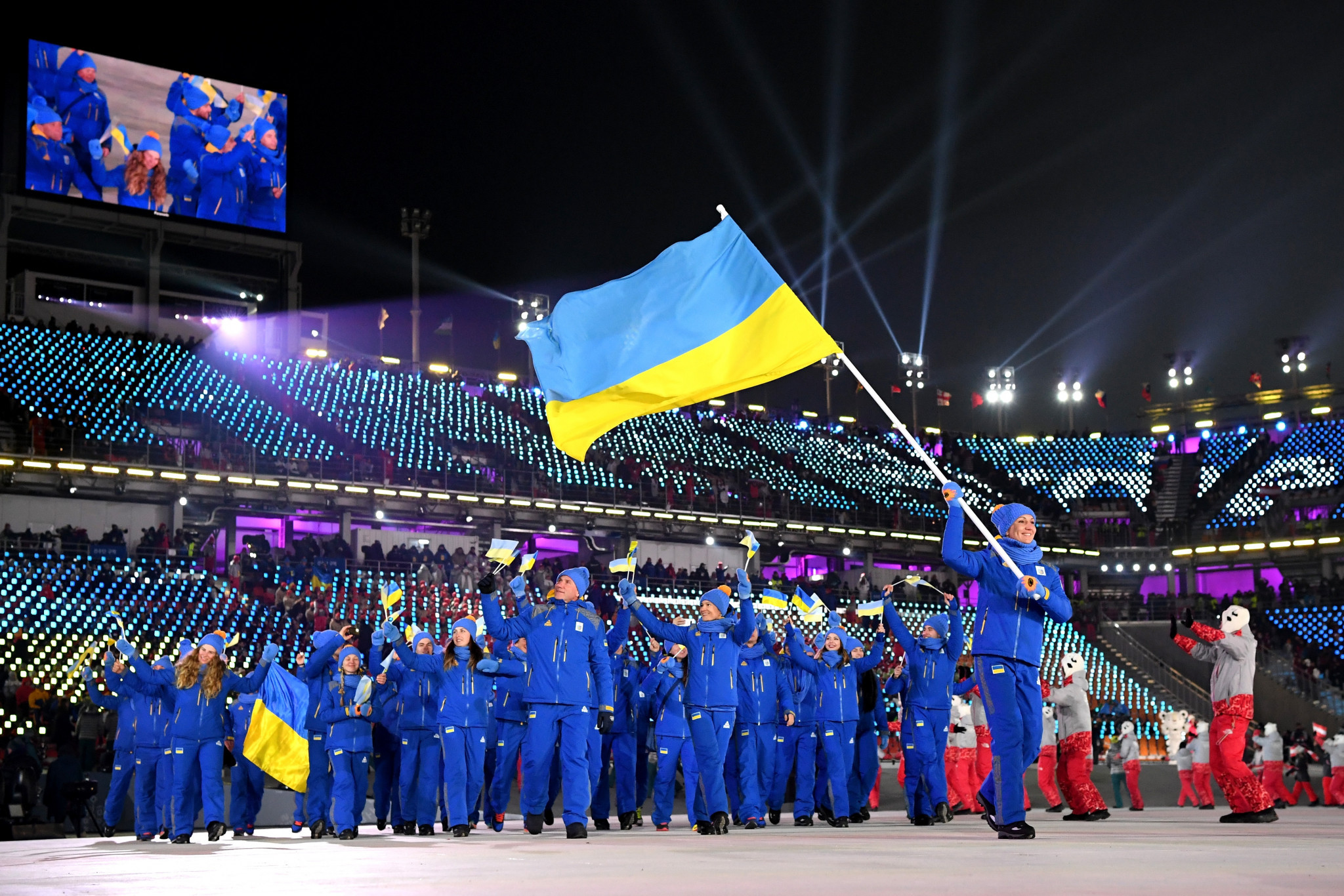 Ukrainian Sports Minister Vadym Huttsait has outlined the country's intention to bid for both the 2028 Winter Youth Olympic Games and 2030 Winter Olympics.

Huttsait, an Olympic fencing champion, has revealed Ukraine's plans to host the two major multi-sport events within the next nine years, insisting "we are entering the fight for the Olympic Games".

The country had expressed interest in hosting a future edition of the Winter Olympic and Paralympic Games already, with President Volodymyr Zelenskyy revealing in September that Ukraine had begun the dialogue phase with the International Olympic Committee (IOC).

Zelenskyy told IOC President Thomas Bach that Ukraine was "determined" to become a Winter Olympic host during an in-person meeting.

Huttsait, who won gold in team sabre at the Barcelona 1992 Olympics, has now revealed that Ukraine is keen to host the Winter Youth Olympics in 2028 in addition to the Winter Olympics two years later.

Speaking to Slovo i Dilo, Huttsait expressed Ukraine's ambition to grow in winter sports and underlined the nation's plan to play host to future Games.

"Today the most powerful infrastructure development in the entire history of Ukraine’s independence is underway," said Huttsait.

"Why do we perform at a level in individual winter sports, while the rest are not developed?

"Because we have nowhere to train.

"And training abroad is very expensive.

"And now the President has set a task… we are entering the fight for the Olympic Games in Ukraine."

Asked which editions of the Games Ukraine plans to bid for, Huttsait told Slovo i Dilo: "Youth in 2028 and Winter Olympics in 2030.

"Why are we doing this?

"Well, first of all the country's prestige.

"We understand that the more sports infrastructure there will be, the more where children will come to study.

"We will not see the result today or tomorrow.

"But what is being laid in the country today in terms of the sports infrastructure, we will see this result in 10 years, do you understand?"

In a statement jointly issued by the Ukrainian President and the IOC, Bach welcomed Ukraine's hosting ambitions, citing the "great sports tradition of Ukraine".

Bach also said that he had seen "a very impressive presentation of the most recent sports and sports infrastructure in the country".

Interest in staging the 2030 Winter Olympics is gathering pace, with a commission created by the Spanish Olympic Committee to explore a potential bid meeting for the first time last week.

Officials in Spain have championed a bid for the Games from Barcelona and the Pyrenees, with their intentions submitted to the IOC.

Salt Lake City in the United States, Sapporo in Japan and Vancouver in Canada are other potential contenders for the 2030 edition.

Sapporo had been the favourite to land the hosting rights before the COVID-19 pandemic hit and the Japanese city has revised its planned budget to reduce costs.

The United States Olympic and Paralympic Committee has resolved to support efforts for Salt Lake City to host another Winter Olympics "as early as 2030", but the Bid Committee has not yet committed to which edition of the event it will target.

The Canadian Olympic Committee is exploring a First Nations-led bid centred on Vancouver and Whistler, 20 years on from Vancouver last hosting the event.

Lviv in Ukraine did bid for the 2022 Winter Olympics, but pulled out in June 2014 because of the political difficulties in the country, which at the time centred around a dispute between Ukrainian forces and pro-Russian separatists, and the disappearance and overthrow of former President Viktor Yanukovych.

Fears that a fresh conflict between Ukraine and Russia could be imminent may potentially harm Ukraine's chances of winning hosting rights to the 2028 Winter Youth Olympics and 2030 Winter Olympic Games.

The last of these came at Pyeongchang 2018 when freestyle skier Oleksandr Abramenko won gold in the men’s aerials.

The next edition of the Winter Youth Olympics is scheduled to be held in Gangwon in South Korea in 2024, after Lausanne in Switzerland played host in 2020.

Many Pyeongchang 2018 venues will be used come Gangwon 2024.

Speaking in January 2020, Christophe Dubi, IOC executive director for the Olympic Games, opened the door for the Winter Youth Olympics to be staged in "smaller cities and resorts".