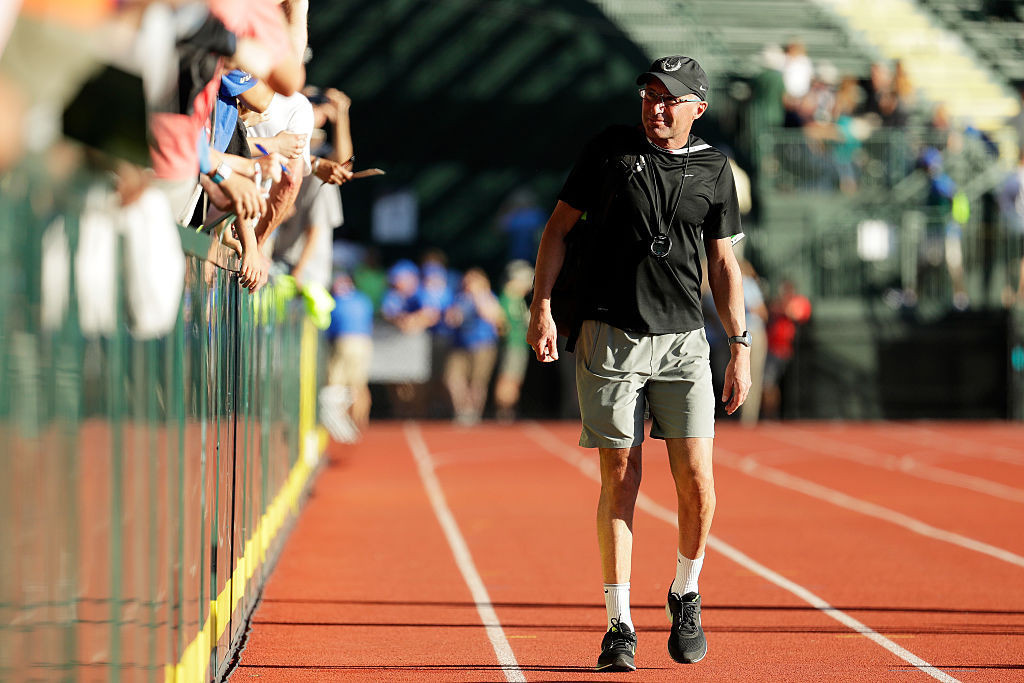 Alberto Salazar's lifetime ban from involvement in any Olympic or Paralympic sport in the United States has been upheld in the latest legal blow for the disgraced coach.

Salazar received a lifetime ban from the US Center for SafeSport for sexual misconduct in July, but appealed.

The 63-year-old's status on the US Center for SafeSport website has now been updated to "Permanent Ineligibility", indicating that the appeal has been rejected.

It may well signal the end of an athletics career punctuated by stunning success and multiple controversies.

Salazar is currently serving a four-year doping ban on top of the sanction for sexual misconduct.

While the US Center for SafeSport does not reveal details of its investigations or the alleged misconduct, several athletes coach by Salazar have accused him of emotionally and physically abusing them.

Among them is former middle-distance runner Mary Cain, who says Salazar frequently criticised her weight and forced her to step onto scales in front of others is a campaign of body-shaming.

Cain, who developed an eating disorder, has filed a $20 million (£14.7 million/€17.3 million) lawsuit against Salazar and Nike.

Salazar was the head coach of the now-disbanded Nike Oregon Project (NOP), an attempt to transform the fortunes of American long-distance running.

Galen Rupp, the US two-time Olympic medallist, Britain's Sir Mo Farah - only the second athlete to win the 5,000 and 10,000 metres double at back-to-back Olympics - and Dutchwoman Sifan Hasan were all coached by Salazar.

Hasan won two gold medals at Tokyo 2020, over 5,000m and 10,000m, and is also the world champion in those events, but the medals came after Salazar was banned on anti-doping grounds.

Salazar was suspended for four years by the United States Anti-Doping Agency (USADA) in 2019 for "orchestrating and facilitating prohibited doping conduct" while NOP chief.

An appeal to the Court of Arbitration for Sport (CAS) was delayed on several occasions because of the coronavirus pandemic, but ultimately rejected.

The ruling noted that none of the anti-doping rule violations "directly affected athletic competition, and that there was no evidence put before the CAS as to any effect on athletes competing at the elite level" within the NOP.

Nike has shut down the NOP and recently removed Salazar's name from a building at its Beaverton headquarters in Oregon.

Before entering coaching, Salazar was one of the best long-distance runners in the world, winning three consecutive New York Marathons from 1980 to 1982, as well as the 1982 Boston Marathon when he collapsed at the finish line having not had a drink during the race.