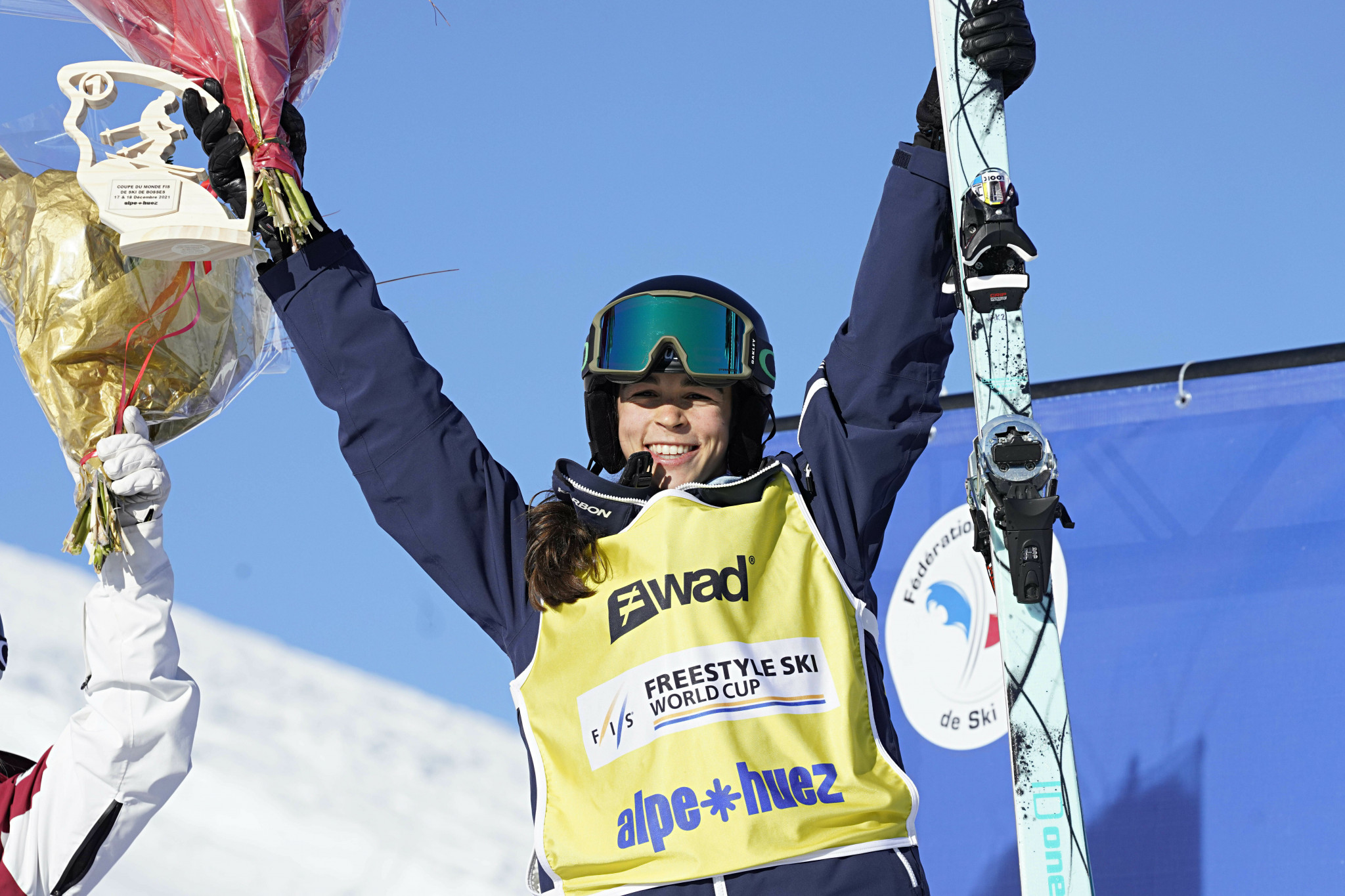 Australia's Jakara Anthony secured her second win of the Alpe d'Huez leg of the International Ski Federation's Freestyle Ski World Cup as she triumphed in the dual moguls event.

Fresh from winning the moguls in France yesterday, Anthony edged past Russia's Anastasia Smirnova in the big final to clinch gold.

That extended her lead at the top of the overall women's moguls World Cup standings - she now has 400 points to the 286 of Perrine Laffont from France.

Anri Kawamura of Japan remains third in the season's standings.

In the men's dual moguls, Canada's Mikaël Kingsbury followed up his win in Idre Fjäll last weekend with another in France, this time beating Sweden's Walter Wallberg to gold.

Yesterday's moguls winner Ikuma Horishima of Japan picked up a second medal in as many days as he defeated the US' Cole McDonald to take bronze.

Horishima tops the World Cup standings with 400 points, but Kingsbury is just eight behind, while Pavel Kolmakov of Kazakhstan is third on 202.

These were the last dual moguls World Cup events scheduled before Beijing 2022, with Tazawako in Japan due to be the next host on February 27.

The Moguls World Cup is set to continue in Mont-Tremblant in Canada on January 7 and 8.