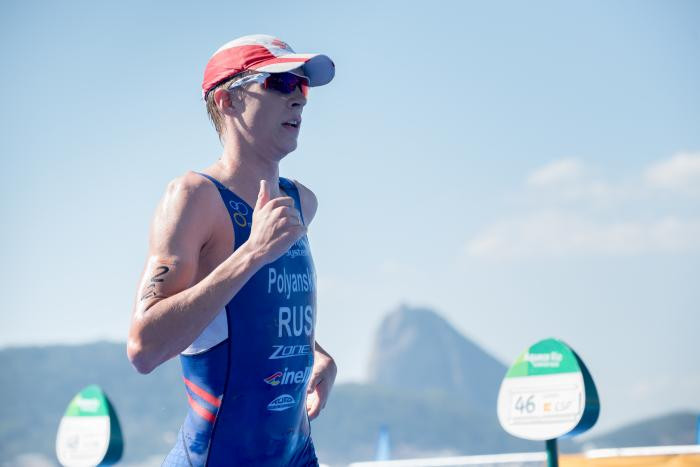 Russia has been punished by World Triathlon for "the significant number of doping cases in Russia", it was announced today.

Russian triathletes will still be able to compete in international events, but among the sanctions, which will initially be applied for one-year, is a ban on the Russian Triathlon Federation (RTF) organising any World or European Triathlon events until the end of 2022.

Russian officials who sit on World Triathlon and European Triathlon Union bodies have also been told they must resign for a period of at least a year.

In October, World Triathlon suspended Alexander Bryukhankov and Igor Polyanskiy for three-years after both had tested positive for erythropoietin (EPO).

It was also announced in August that Vladimir Turbayevskiy had been suspended due to abnormalities in his blood passport, which indicate blood manipulation.

World Triathlon claimed that it had been the first abnormality found in a triathletes biological passport.

Polyanskiy, who competed at both the 2016 and 2020 Olympic Games, became the first athlete to be formally disqualified from Tokyo 2020 after testing positive for EPO EPO in his urine and blood samples from July 21.

He placed 43rd in the individual race and the the Russian Olympic Committee relay team placed 14th.

Both results were disqualified and Polyanskiy received a three-year ban.

The RTF have been ordered to compensate and refund the prize monies previously awarded to the Russian triathletes sanctioned with doping offences.

The National Federation will also have to reimburse World Triathlon for all costs, including, but not limited to laboratory fees, hearing expenses and travel, related to any of the violations of the anti-doping rules committed by their athletes and coaches.

Other sanctions imposed by the World Triathlon Executive Board include ordering the RTF to reach an agreement with the Russian Anti-Doping Agency (RUSADA), to test all Russian athletes, especially all those athletes who will be competing internationally and create an education plan for athletes and coaches in regard to doping issues.

Sanctions must also be taken inside the RTF for any coach or official that is involved in any doping violation, and collaboration made with World Triathlon disciplinary bodies.

Russia has been banned for more than six years by World Athletics because of doping problems and only a limited amount of its athletes are allowed to compete internationally under a neutral flag.

Russian athletes are also banned from competing under their own flag until the end of 2022 at the Olympic and Paralympic Games and World Championships after being found guilty by the World Anti-Doping Agency of operating a state-sponsored doping programme.

"World Triathlon is fully committed with the fight against any form of doping in the sport," the International Federation said in a statement.

"As an unequivocal confirmation of its commitment to eradicating the use of prohibited substances and methods in triathlon, World Triathlon continues to commit time, effort, energy and a substantial budget to its anti-doping mission."

The decision by World Triathlon to publicly sanction the RTF is a major embarrassment for Ksenia Shoigu.

Shoigu, the daughter of Russia's Minister of Defence Sergey Shoygu, was elected as the organisation's President last December.

She replaced Peter Ivanov, who departed to become the new President of the Russian Athletics Federation.

In October, Shoigu signed an agreement on behalf of the RTF with RUSADA.

The long-term agreement covers all aspects of RTF's anti-doping work.

The cooperation between the Federation and RUSADA also includes bilateral cooperation for investigation of various anti-doping violations.

"We have taken an important step to begin a comprehensive fight against doping use and distribution," Shoigu said after signing the agreement.

"The main points of the agreement are the organisation of anti-doping fight in the RTF and cooperation in the areas of education, testing and investigations."