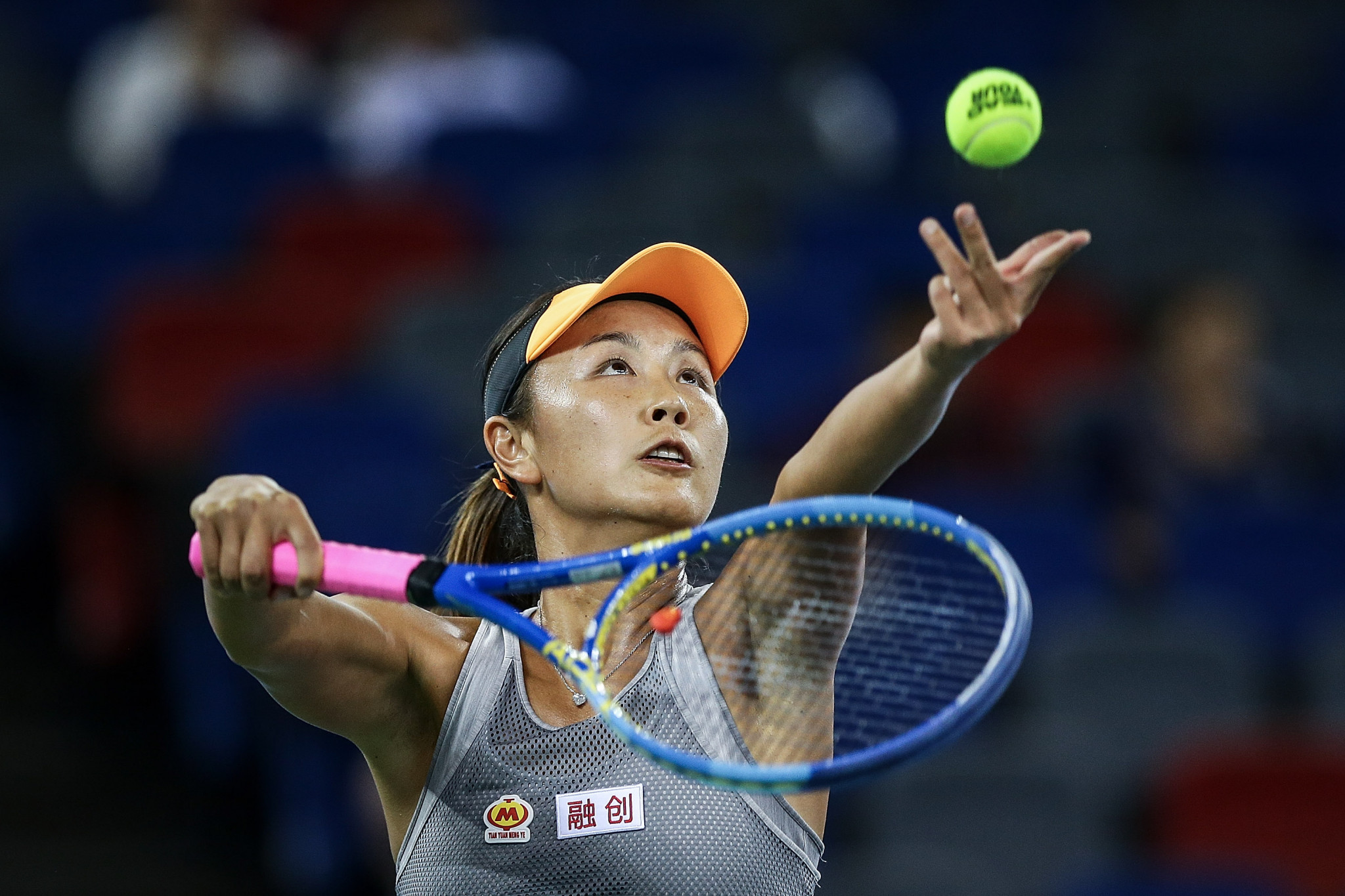 The International Olympic Committee (IOC) has doubled down on its commitment to "quiet diplomacy" regarding the safety and well-being of Chinese tennis player Peng Shuai.

The IOC said it would take the approach to Peng's situation after concerns arose regarding her whereabouts following allegations she made of sexual assault against a high-ranking Chinese politician, who has been involved with the organising of the Beijing 2022 Winter Olympics, due to commence on February 4.

Peng engaged in a video call with IOC President Thomas Bach, Athletes' Commission chair Emma Terho and Li Lingwei, a former badminton player, IOC member and Chinese politician last month, after which the IOC insisted she is "safe and well".

The approach has been strongly criticised by human rights groups, while the Women's Tennis Association (WTA) said it did not "alleviate or address the WTA’s concern about her wellbeing and ability to communicate without censorship or coercion."

The WTA has since suspended all tournaments in China, with WTA chairman and chief executive Steve Simon stating: "In good conscience, I don’t see how I can ask our athletes to compete there when Peng Shuai is not allowed to communicate freely and has seemingly been pressured to contradict her allegation of sexual assault.

In response, the IOC insisted it shared the same concerns regarding Peng, confirmed it had held a second video call with the former world doubles number one, and stated it would continue with its "quiet diplomacy" approach.

It said: "We share the same concern as many other people and organisations about the well-being and safety of Peng Shuai.

"This is why, just yesterday, an IOC team held another video call with her.

"We have offered her wide-ranging support, will stay in regular touch with her, and have already agreed on a personal meeting in January."

The statement continued: "There are different ways to achieve her well-being and safety.

"We have taken a very human and person-centred approach to her situation.

"Since she is a three-time Olympian, the IOC is addressing these concerns directly with Chinese sports organisations.

"We are using 'quiet diplomacy' which, given the circumstances and based on the experience of governments and other organisations, is indicated to be the most promising way to proceed effectively in such humanitarian matters.

"The IOC’s efforts led to a half-hour videoconference with Peng Shuai on 21 November, during which she explained her situation and appeared to be safe and well, given the difficult situation she is in.

"This was reconfirmed in yesterday’s call.

"Our human and person-centred approach means that we continue to be concerned about her personal situation and will continue to support her."

Meanwhile, Beijing has hit back against the WTA, with Wang Wenbin, a spokeswoman for the Ministry stating: "We are firmly opposed to acts politicising sport."

The IOC has been heavily criticised for how it has dealt with the Peng situation, including from a wide number of human rights groups and athletes.

Sport and Rights Alliance acting director Andrea Florence said yesterday: "The behaviour of the IOC in relation to Peng Shuai's sexual assault allegations and disappearance has been irresponsible and shows just how hollow its understanding of human rights really is.

"The IOC's eagerness to ignore the voice of an Olympian who may be in danger and to support claims of state-sponsored media in China shows the urgent and critical need for an IOC human rights strategy in close consultation with affected stakeholders, placing athletes at the centre."

Peng alleged on Chinese social media website Weibo on November 2 that Zhang Gaoli, a former senior vice-premier and high-ranking member of the ruling Chinese Communist Party, had sexually assaulted her 10 years ago, before they had an on-off extra-marital affair.

The post was removed within 20 minutes, not reported on in China, and Peng was reportedly not seen for more than two weeks.

Chinese state media insisted she was safe after the WTA and several leading players expressed concern, publishing an email that was claimed to come from Peng but was widely dismissed as being fabricated.

Images and videos of Peng, including one where someone off-camera is at pains to mention the date, were also published before the three-time Olympian's call with Bach.

The Beijing 2022 Olympics have faced criticisms of press censorship and human rights violations, especially regarding China's treatment of Uighur Muslims in the Xinjiang region and its governance in Taiwan, Tibet and Hong Kong.

China has so far refused calls to allow the United Nations unobstructed access to the region to investigate.

The Beijing 2022 Olympics are due to begin on February 4, with the Paralympics following on March 4.