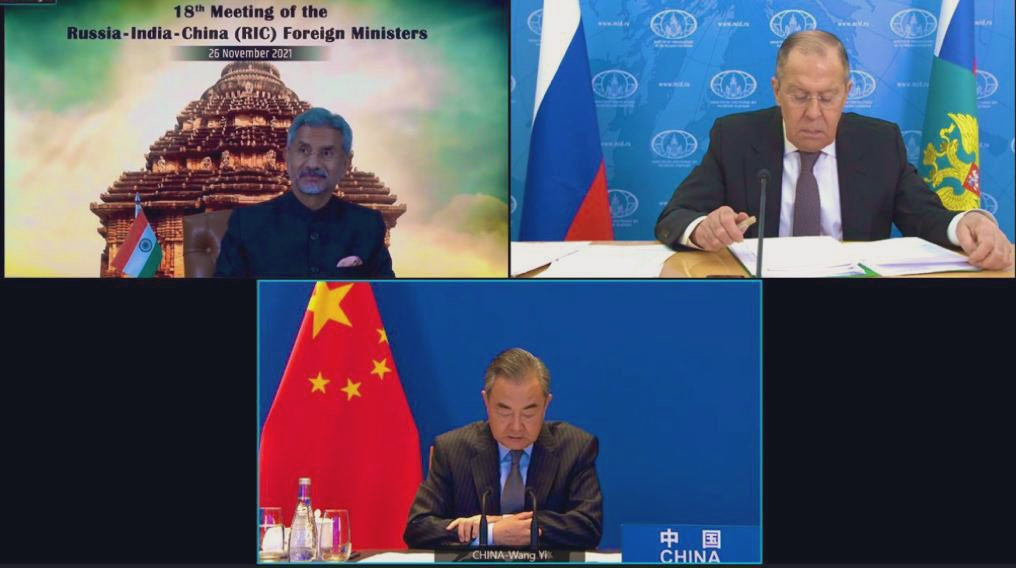 India has sided with Russia by supporting China's hosting of the 2022 Winter Olympic and Paralympic Games in Beijing, defying calls from close allies like the United States and Britain for a political boycott in protest of alleged human rights violations.

"The Ministers expressed their support to China to host the Beijing 2022 Winter Olympics and Paralympic Games," read a joint statement issued after the meeting of the Russia-India-China Foreign Ministers.

This is despite ongoing border tensions between China and India, with a 19-month military stand-off continuing in Ladakh and the Tibet Autonomous Region.

According to Indian sources, this has led to the deaths of 20 Indians and 25 to 40 Chinese.

The latest talks on the dispute came on October 10, with friction continuing between the two nations.

There were low-scale boycotts of Chinese products in India, but by early 2021, business looked to be returning to normal for Chinese companies in the country.

It bucks the trend set by nations in opposition to China's politics, with Australia the most recent country considering a diplomatic boycott of the Games, which would mean no political representation from them.

According to the Sydney Herald, Australia would be joining nations against China's alleged human rights abuses against Uyghur Muslims in the Xinjiang region, as well as over the safety of Chinese tennis player Peng Shuai.

A two-time Grand Slam doubles champion, there have been concerns for Peng since she made a post on social media earlier this month claiming she had an extra-marital affair with former Vice Premier Zhang Gaoli when he was a top party official in Tianjin.

Relations between the two nations has taken a downturn since the Australian Government called for an independent inquiry into the COVID-19 outbreak in the Chinese city Wuhan last year.

The US, Canada, Britain and Lithuania are all considering diplomatic boycotts of the Games too.

India's support is more symbolic than anything else.

The country has competed sporadically in the Winter Olympic Games, although it has sent competitors to the last six editions.

The biggest team to represent India was at Turin 2006 when they sent four athletes.

At Pyeongchang 2018, they one cross-country skier and a luger.

For Beijing 2022, so far only Alpine skier Arif Khan has qualified

India has never won a medal.

But the support from India is a rare show of solidarity for China.

Chinese Foreign Ministry spokesperson Wang Wenbin claimed the Games were not dependent on the attendance of some politicians.

"The Beijing Winter Olympics are a gathering of winter sports lovers and athletes across the world, not a stage for political posturing and manipulation," said Wang at a news conference, according to China Daily.

"Such acts of politicising sports obviously violate the Olympic Charter, especially the principle of the political neutrality of sports."

The Beijing 2022 Winter Olympics are scheduled to take place from February 4 to 20 2022, followed by the Paralympics from March 4 to 13.