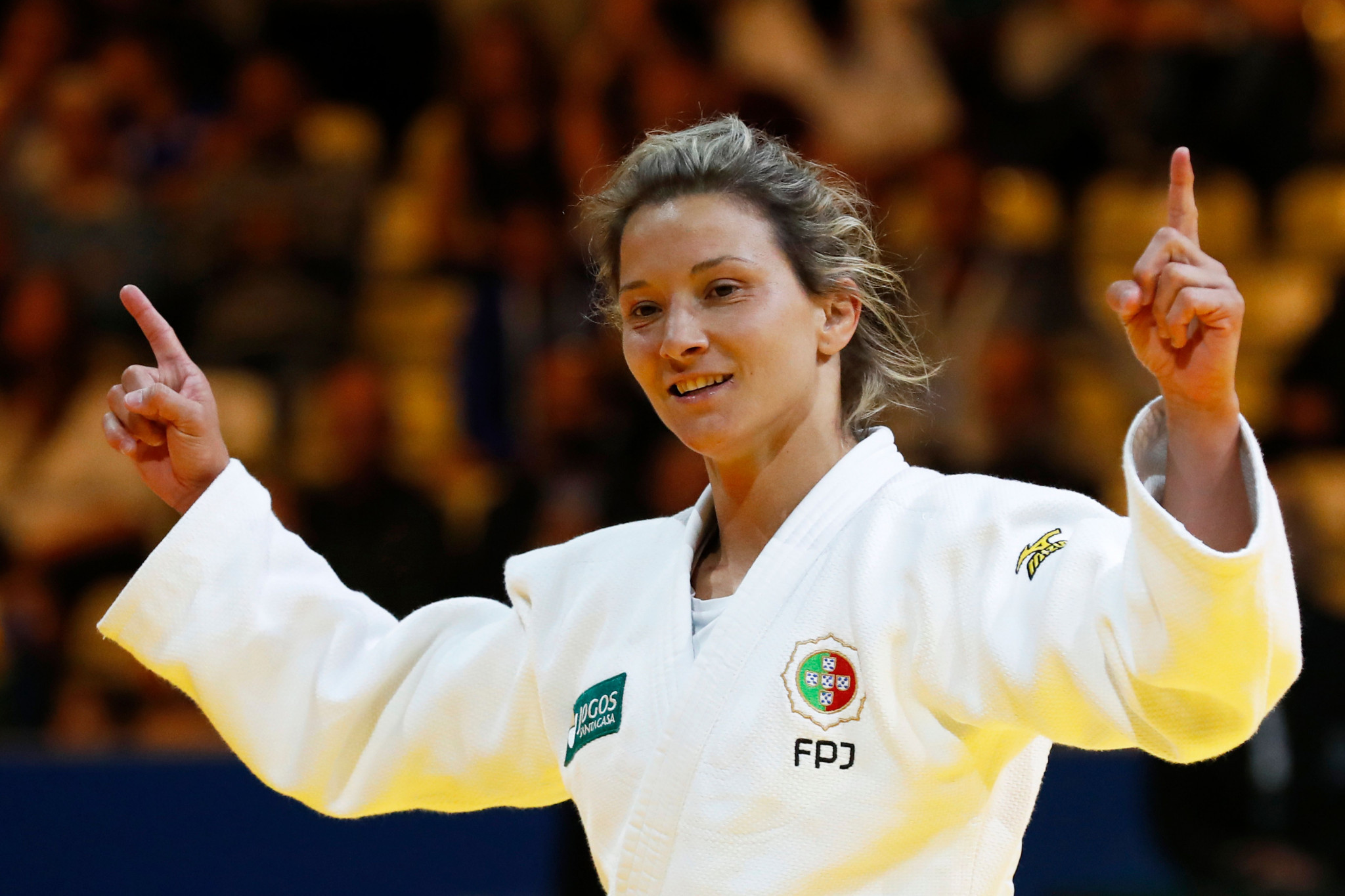 Portugal's Rio 2016 bronze medallist Telma Monteiro was one of five winners on the opening day of the International Judo Federation (IJF) Abu Dhabi Grand Slam at the Jiu-Jitsu Arena Abu Dhabi, claiming gold in the women's under-57 kilogram category.

Monteiro defeated Priscilla Gneto of France in the final to claim the title, while Gneto's compatriot Faiza Mokdar and Mongolian Enkhriilen Lkhagvatogoo took the bronze medals.

It follows on from her European Championships victory in April and a fifth-place finish at the Doha Masters in January.

In the lightest category - the women's under-48kg - teenager Assunta Scutto of Italy improved on a seventh place finish at the Paris Grand Slam to claim the gold in Abu Dhabi.

Amandine Buchard added to the collection of silvers and bronzes for France by winning the women's under-52kg final against Britain's Tokyo 2020 bronze medallist Chelsie Giles.

It was the Briton's fourth time this season on the podium on the IJF World Tour, while Olympic silver medallist Buchard claimed her second win of the season after winning gold at the Doha Masters.

Denis Vieru of Moldova upgraded on his silver in Baku to win the men's under-66kg by beating Russia's Ismail Misirov in the final.

Finally, Chinese Taipei's Olympic bronze medallist Yang Yung Wei claimed his first Grand Slam title in the men's under-60kg after podiums in Doha and Antalya, by beating Russian Ramazan Abdulaev in the final, with his opponent making a Grand Slam podium for the fourth time this year.