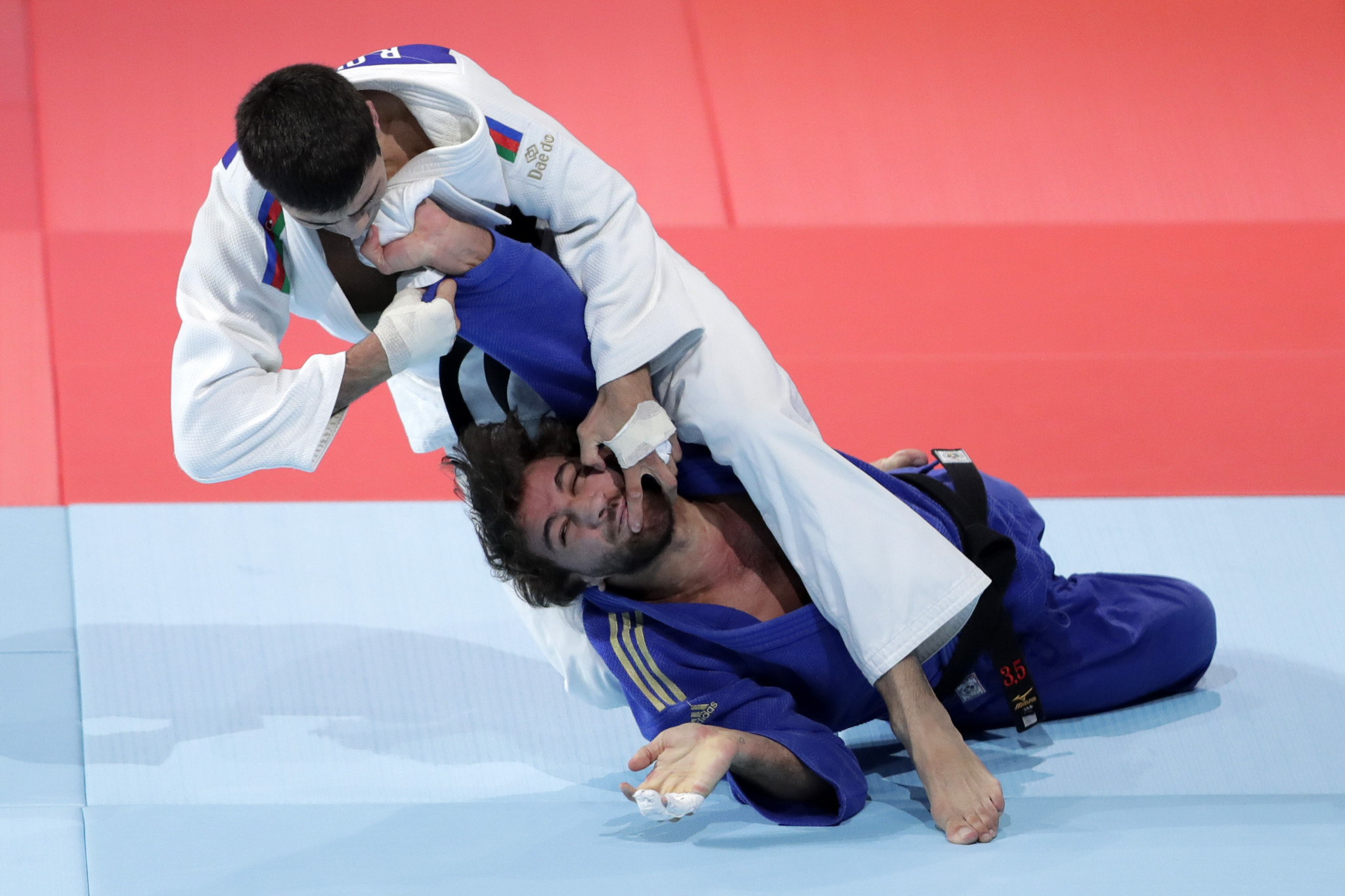 Azerbaijan athletes headline a strong field on home soil at the judo Baku Grand Slam which is due to take place from tomorrow until Sunday (November 7) at the capital's Heydar Aliyev Sports and Concept Complex.

In the men's under-73-kilograms weight class, the draw has Rustam Orujov and Hidayet Heydarov poised to contest an all-Azerbaijan final.

Orujov, one of Azerbaijan's Tokyo 2020 flag bearers, won silver at the Rio de Janeiro 2016 Olympic Games but has lost to Heydarov in previous bouts, most notably in the 2017 Islamic Solidarity Games final.

In the men's under-90kg, top-seed Mehdiyev Mammadali of Azerbaijan goes into the competition in fine form after winning gold at the Zagreb Grand Prix in Croatia and bronze at the Tashkent Grand Slam in Uzbekistan.

The host nation boasts the largest team with 33 judokas followed by Mongolia and Japan, with 22 and 17, respectively.

A total of 196 athletes are set to compete.

Tokyo 2020 gold medallist Distria Krasniqi of Kosovo is a potential dark horse in the under-52kg division.

The seventh seed has not received a first-round bye, however, as she is not in the top four.

The 26-year-old will face Japan's Tsubone Nanako in round one.

Provided she wins, Krasniqi would then face Hungary's Réka Pupp, who won bronze at the European Judo Championships earlier this year.

Britain's Chelsea Giles has been handed the top seed in the category.

The world number seven has podiumed in her last four events, including bronze at the Olympic Games in Japan, which was the last time she competed.

As world number four, Venezuela's Anriquelis Barrios is the highest-ranked female top seed and is expected to dominate the women's under-63kg tournament.

All bouts will be broadcast in the International Judo Federation's (IJF) YouTube channel and will be free to view.

The draw for the event was held today in Baku, in which a stern warning was given over its coronavirus countermeasures.

"We appreciate the professional support of the local organisers and also the local sponsors," said Lisa Allen, IJF's events director.

"Thank you to everyone for working together, following the rules around the Covid protocols.

"You have a responsibility to uphold the integrity of the sport and this event.

"Any kind of deliberate choice to underperform is competition manipulation and must be reported to us.

"Anyone caught leaving the bubble will be disciplined.

"Please let’s work together to keep our judo family safe."

Following the action in Azerbaijan, the next event on the IJF World Tour is the Abu Dhabi Grand Slam in the United Arab Emirates which is scheduled for November 26 to 28.