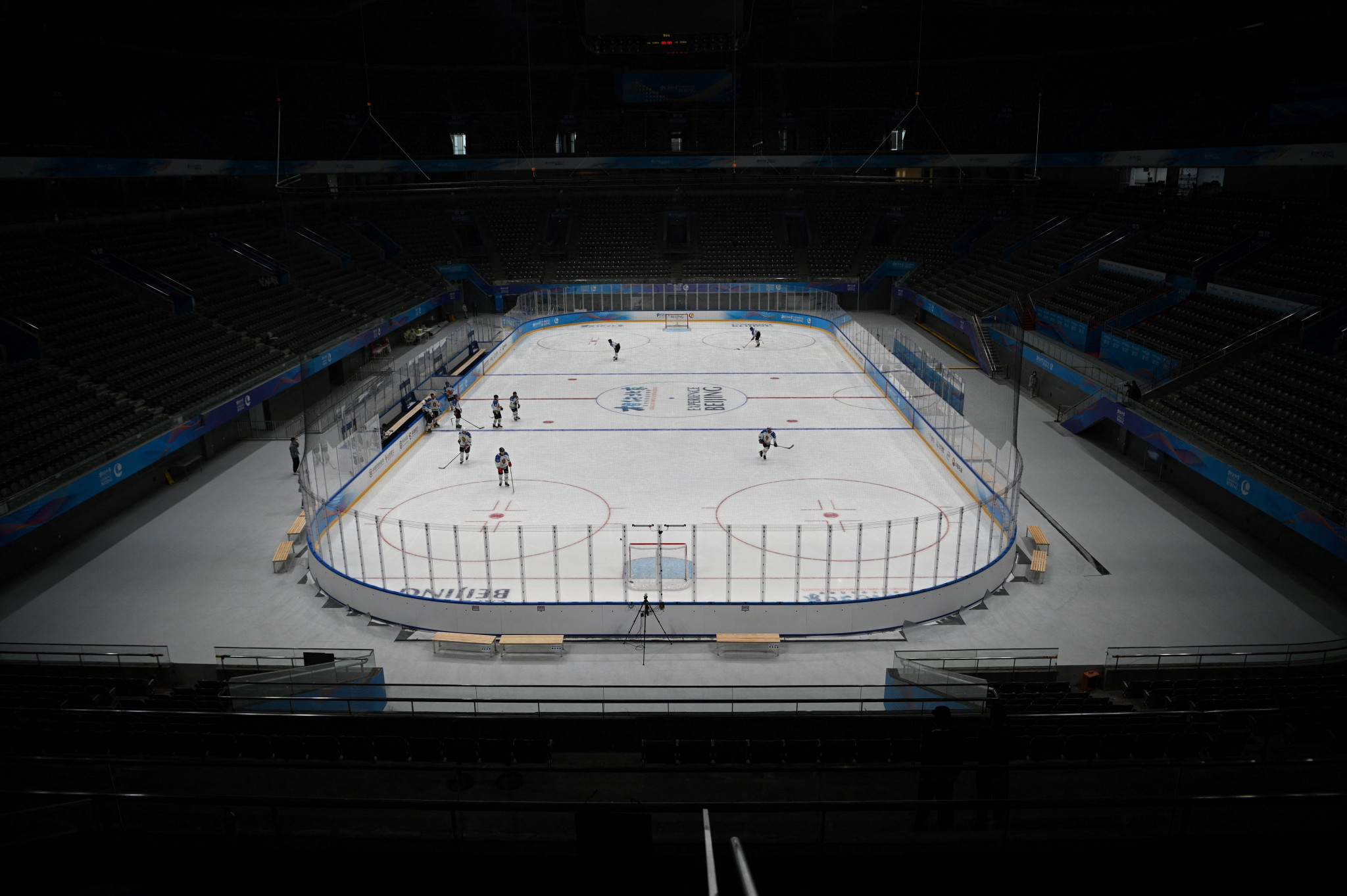 Organisers of the Beijing 2022 Olympic Games have disclosed further uses for robots to be deployed at the Wukesong Arena, including being able to make coffee.

The machines are capable of grinding coffee beans and placing them in a percolator to brew a cup within four minutes, according to the Chinese Communist Party's People's Daily newspaper in a story published by Beijing 2022.

They will be used at the venue in the Chinese capital, which is due to stage the ice hockey tournaments at the Games.

Robots supporting logistical operations will also assist the management of events at the Wukesong Arena.

Staff members can load these robots with items ranging from 30 to 300 kilograms, and they will then be transported to a designated delivery point and unloaded.

The technology allows the robots to avoid obstacles en route and automatically recharge themselves.

"The robot will notify the pickup person with a text message when it arrives and costumers can pick up their goods with a verification code," Zhang Fan, a logistics manager at the Arena, explained.

"After delivery, the robot returns to its docking station for disinfection and to recharge."

It was revealed last month that robots would be used at a test event at the Wukesong Arena to help implement COVID-19 countermeasures, including disinfecting the venue, providing hand sanitiser to those in attendance and reminding people to wear a mask.

Robots, including those based on the mascots Miraitowa and Someity, were used to help run the Tokyo 2020 Olympic and Paralympic Games.

The Beijing 2022 Winter Olympics are set to be held from February 4 to 20, which would make it the first city to stage both this event and the Summer Games.

This will be followed by the Winter Paralympics from March 4 to 13 next year.