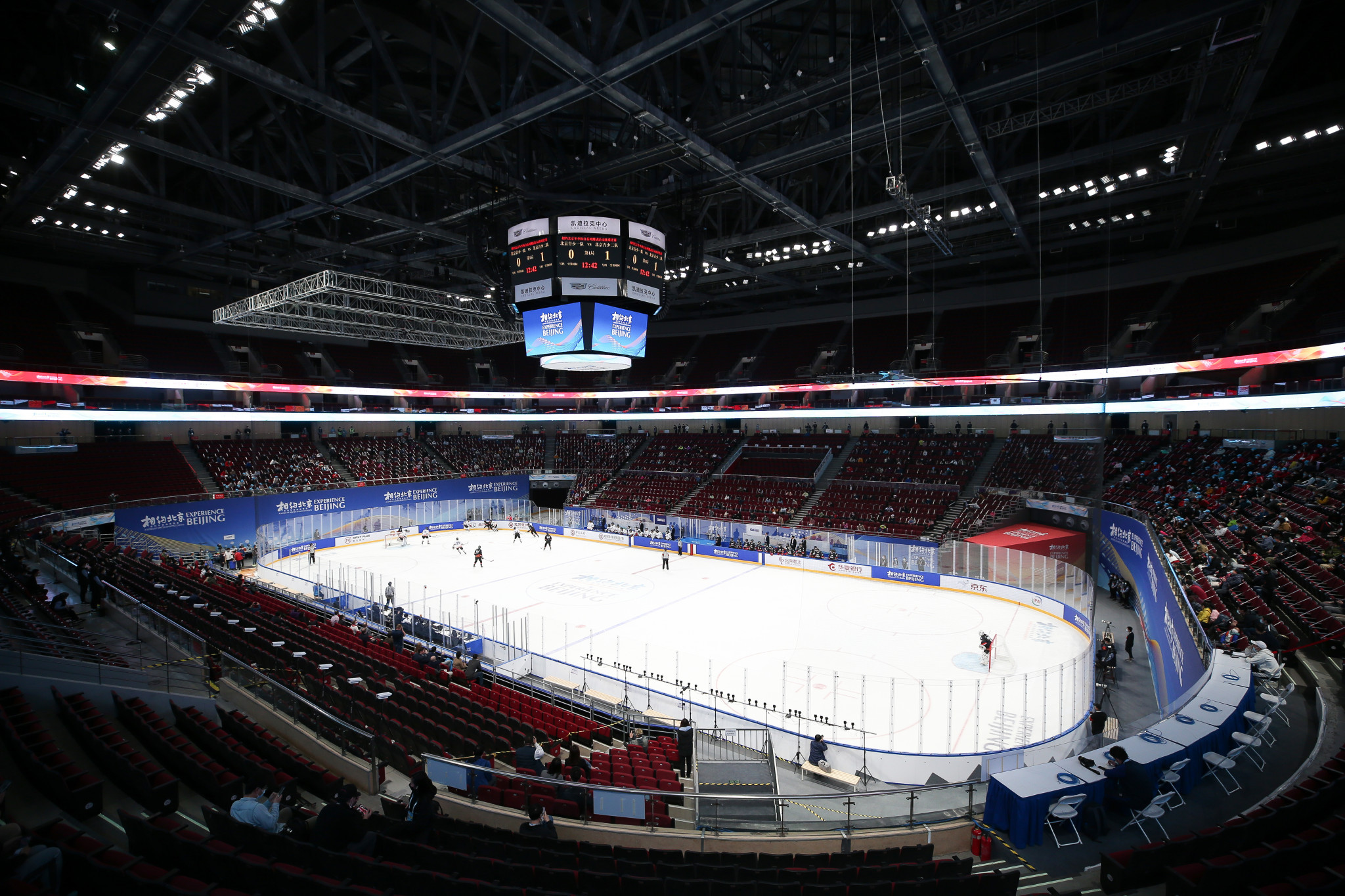 China has enlisted the help of robots to aid COVID-19 countermeasures set to be implemented during the Beijing 2022 Winter Olympic Games.

An ice hockey game at Wukesong Arena is set to act as a trial run, with organisers planning to deploy 30 robots to help stage the event.

The stadium in the capital is scheduled to host multiple ice hockey matches at the upcoming Games.

There are two robots enlisted for the trial, one to disinfect the arena and one which provides hand sanitiser and reminds people to wear a mask.

"This robot has a lead role in disinfecting the stadium," reported state-run news agency CGTN.

"It spreads an atomised fog of disinfectant through the fan at the top and it can sterilise an area of 36 square metres in one minute.

Its chassis is equipped with a radar which it uses to navigate around the arena.

A mobile app can also be used to set a location it needs to sanitise and the amount of time it should spend in that area.

The other robot, named Little White, can recognise when someone is not wearing a mask and will move over to them and advise one is worn.

It also has a contactless hand disinfection device on its head.

It is claimed that the robot can perform the work of three to four volunteers.

The implementation of these robots has kept the number of staff in the arena down to approximately 1,000.

In addition to the robots, digital checkpoints have been set up in the Wukesong Arena.

After checking a staff member's temperature and scanning their QR code, the checkpoint sends their health, travel and vaccination records to a terminal which is monitored remotely to then take action in the case of a potential coronavirus outbreak.

"It is safe too as no other information is connected."

This will make Beijing the first city in history to host both the Summer and Winter Games, after it staged the 2008 Olympics.

The Paralympics are scheduled to follow from March 4 to 13.