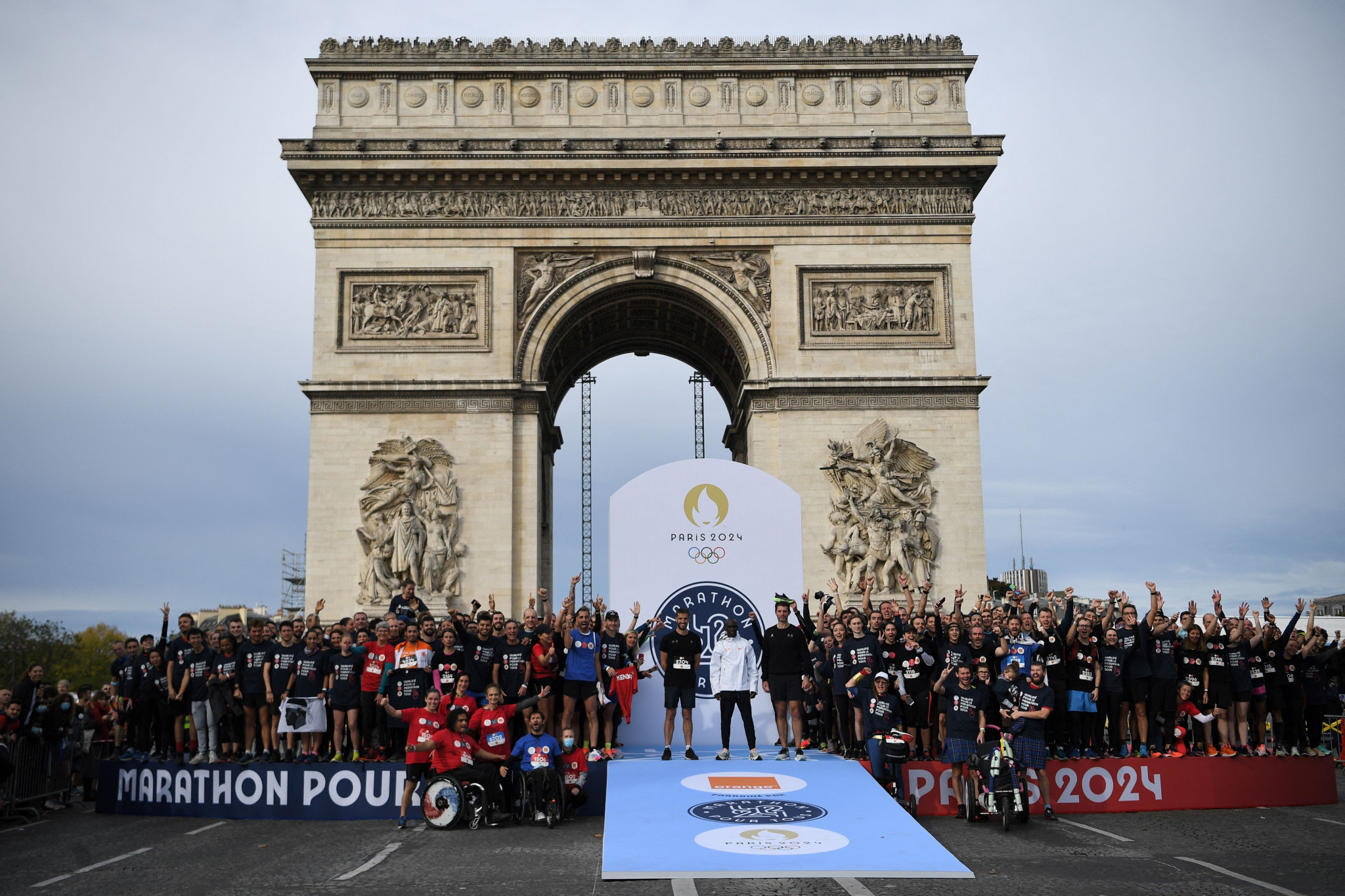 More than 1,000 runners secured their placed in Paris 2024’s mass-participation marathon after holding off Olympic champion Eliud Kipchoge in a special event arranged to mark the 1,000 days countdown to the Opening Ceremony.

The event at the Champs-Elysée in Paris saw a pursuit-style race held over five kilometres.

Paris 2024 says more than 3,600 members of Club Paris 2024 and the Orange Running Team participated in the event.

Club Paris 2024 was launched last year by the Organising Committee, offering the public the chance to secure privileges in the build-up to the Olympic and Paralympic Games, including the potential to carry the Flame.

Orange was last month named the main sponsor of the mass-participation marathon.

Participants set off before Kipchoge in different groups depending on ability today, racing on a course across the Place de la Concorde and the Champs Elysées.

In excess of 1,000 runners finished before the marathon world record-holder and double Olympic champion, earning them places in the mass-participation event in three years’ time.

"This is the first time I am happy to have lost," said Kipchoge, whose marathon world record stands at 2 hours 1min 39sec.

"My defeat is a victory for several hundred people to whom I look forward to meeting in 2024 here in Paris."

The mass-participation race at Paris 2024 is scheduled to take place on the same day as the Olympic marathon.

It will be the first time a public marathon will be held alongside the Olympic event.

The races will also be held on the same course.

A separate 10km race will also be staged on the day, with Paris 2024 highlighting their desire to actively involve the public in the Games.

Organisers say there will be several other opportunities for runners to secure bibs of the Marathon Pour Tous - Marathon For All.

A running app has been launched by Club Paris 2024, which organisers say will provide training advice and running inspiration in the build-up to the Games.

The app will reportedly offer personalised training programmes and challenges adapted to all levels and objectives.

Places in the mass-event marathon will also be won on the app.