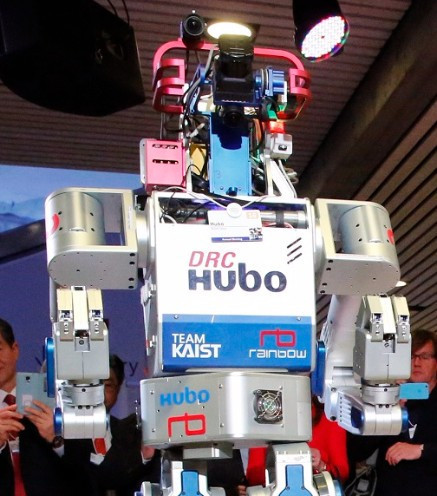 Robots will be used during next year's Winter Olympic and Paralympic Games in Pyeongchang to help provide information to visitors and athletes, South Korea's Commerce Ministry announced today.

A total of 85 robots will be placed in venues to provide information on schedules, transportation and tourist attractions, South Korean news agency Yonhap reported.

Others will be located in airports to help people travelling to and from Pyeongchang 2018.

There will be 11 different kinds of robots used.

South Korea is hoping to use the Olympics, due to take place between February 9 and 25, to showcase its latest technology.

A walking humanoid robot developed by the Korea Advanced Institute of Science and Technology is due to carry the Olympic Torch on Sunday (December 11) in Daejeon, 160 kilometers south of Seoul.

Speaking robots will provide information on event scheduling, places to go sightseeing and transportation in four languages - Korean, English, Chinese and Japanese - and paint robots will draw murals on the walls of venues during the Games, South Korean officials reveadled.

One is a cleaning robot while the other is an Airport Guide Robot, that roams the airport and give directions and boarding information to passengers in Korean, English, Japanese and Chinese.

Super fast 5G and driverless cars are among other technological innovations planned for Pyeongchang 2018, who presented some of their ideas to the International Olympic Committee Executive Board here today.