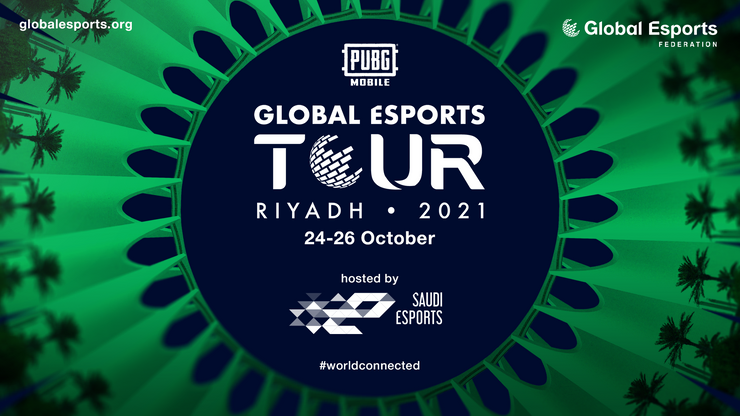 Saudi Arabia is set to host the second event of the inaugural Global Esports Tour season with three days of competition taking place from October 24 to October 26.

The Global Esports Federation (GEF) says PUBG Mobile is one of the world’s most popular esports titles, with more than one billion downloads worldwide.

"From LA - one of the global centers for entertainment, we head to the Middle East - one of the fastest-growing esports regions on the planet, Saudi Arabia.

"We are proud to join our host and GEF Board Member HRH Prince Faisal bin Bandar bin Sultan Al Saud, and we look forward to connecting with players and fans in Riyadh."

A total of 16 professional teams will compete at the event.

The event will be hosted by the Saudi Esports Federation.

Get ready for PUBG MOBILE at the upcoming Global Esports Tour in Riyadh.

"Riyadh is pleased to host the Global Esports Tour, which will be a prominent part of our annual calendar of esports events," said Prince Faisal, President of the Saudi Esports Federation.

"The Global Esports Federation has been a valuable partner to us, and we are delighted to bring this event to our nation's capital, Riyadh.

"Esports continues to flourish around the world, and we are excited about the opportunity to host and organize tournaments that connect, excite, and engage the community."

Saudi Arabia’s capital city Riyadh has already been confirmed as the host city for the 2023 Global Esports Games.

The Global Esports Games will be the GEF’s flagship event.

The event is set to be held annually in December, with organisers promising to bring together esports, virtual sport, music and entertainment.

The first edition will be held in Singapore this December, with Istanbul hosting the second edition in 2022.