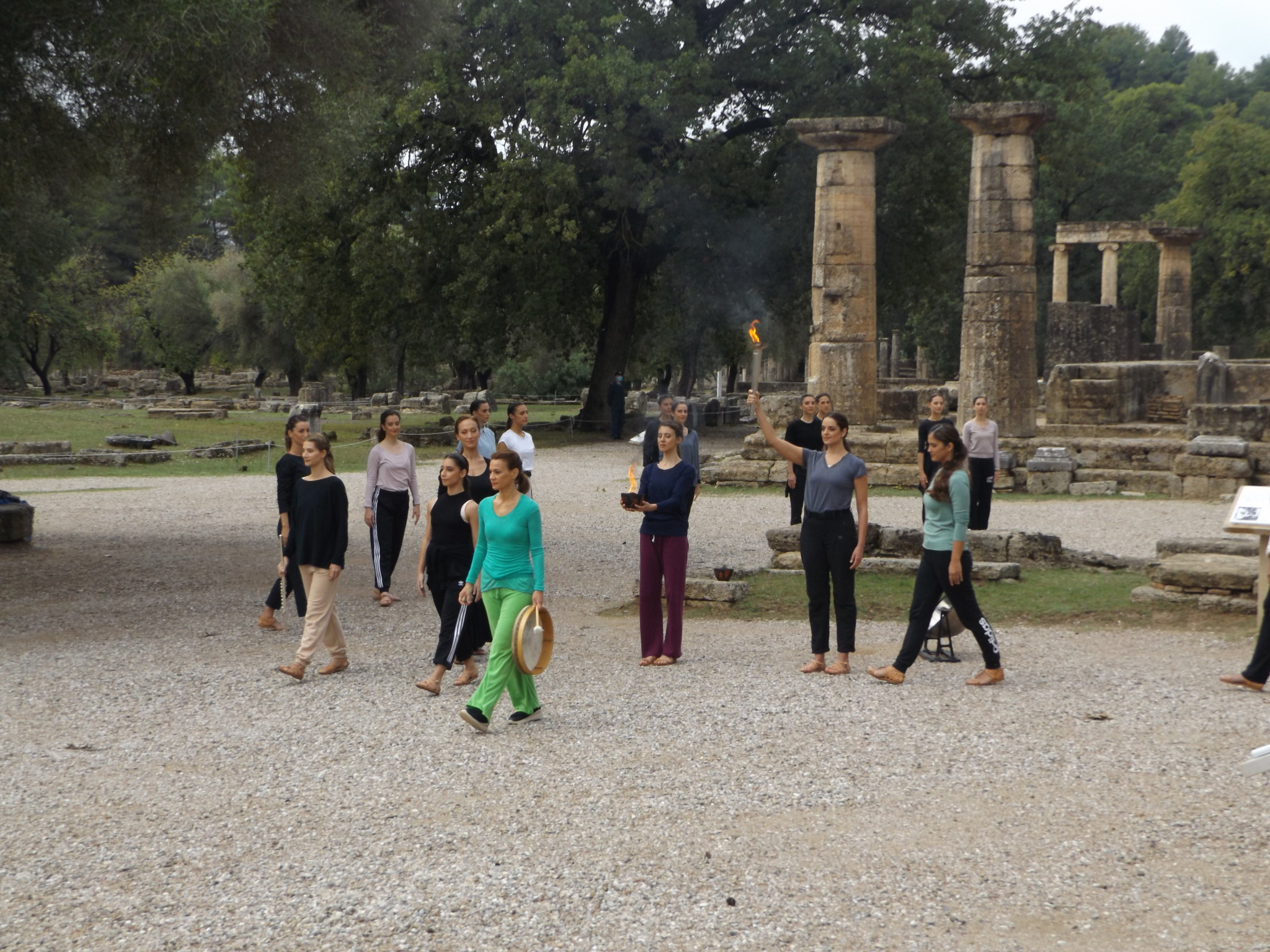 The final rehearsal for the Olympic Flame Lighting Ceremony was conducted under cloudy skies but organisers have confirmed to insidethegames that a Flame lit yesterday will be held in reserve to be used in the event that cloud cover prevents the igniting of the Flame from the rays of the sun at the Ceremony tomorrow.

With the weather conditions uncertain and the threat of rain, the performers opted not to wear the ceremonial costumes for the final rehearsal.

Tomorrow they will wear the special dresses created by renowned designer Eleni Kyriacou for the ceremony which will be attended by Greek President Katerina Sakellaropoulou.

Organisers have insisted the ceremony will be conducted in the open air at the archaeological site tomorrow whatever the weather.

The forecast is for sunny weather in the morning with the Lighting scheduled to take place at noon local time.

The pair rehearsed the special movements needed under the guidance of choreographer Artemis Ignatiou.

Soprano Vasiliki Karagianni also joined the rehearsal to test the acoustics for her performance of the Olympic hymn at the ceremony.

Although familiar with the music which was first played at the 1896 Olympics in Athens, it is the first time that Karagianni has sung the hymn in public.

Coronavirus precautions have also forced organisers to shorten the Relay in Greece.

Antoniou will carry the Flame to the Coubertin Grove to pay silent tribute to the renovator of the modern Games Baron Pierre de Coubertin.

The Flame will then be passed to Chinese short track speed skater, Li Jiajun but instead of beginning a journey around Greece, the Relay will stop at the bridge across the River Kladeos on the outskirts of the village of Olympia.

The Flame will then be taken direct to Athens where the Handover Ceremony is scheduled for Tuesday (October 19).

It will be the first time that the Flame has not been carried across Greece since 1984.

A dispute between the Los Angeles Organising Committee and the Greek authorities over sponsorship saw the Flame flown direct to New York to begin the domestic Relay after a low key ceremony in Olympia.