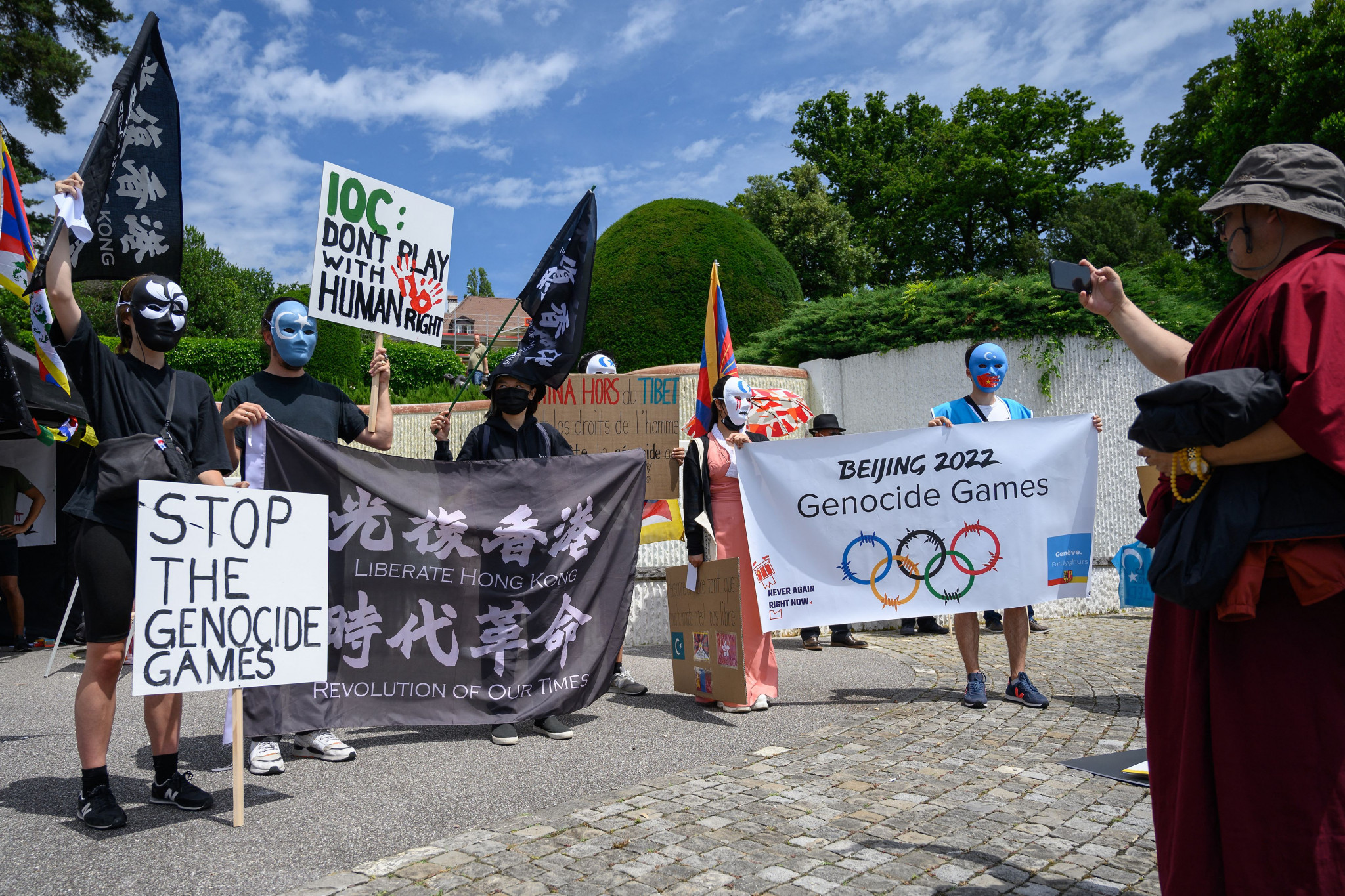 Two arrests were made at the Acropolis in Athens after protesters waved Tibetan flags and unfurled a banner reading "Free Hong Kong Revolution."

The demonstration came on the eve of the Torch Lighting Ceremony for the Beijing 2022 Winter Olympics, as the final rehearsal was about to take place in Ancient Olympia.

Both protesters are members of the No Beijing 2022 protest group and chanted "No Beijing 2022" and "Free Tibet" before police moved in to confiscate their banners and detain them.

Eighteen-year-old Tsela Zoksang, described as a Tibetan-American activist, was one of those detained by the police.

"The IOC’s (International Olympic Committee) decision to award the Winter Olympics to China is a clear endorsement of the Chinese Communist Party’s extreme and brutal human rights abuses towards Tibetans, Uyghurs, and Hongkongers," said Zoksang.

"The IOC know full well what is happening but they have chosen money over human dignity.

"So now it is time for the international community, and all people of conscience, to take a stand and boycott Beijing 2022.

"Anything less will be a clear endorsement of China’s genocidal regime."

"I am a Hong Kong activist and I cannot return to my homeland," Siu said.

"Taking this nonviolent direct action today is bittersweet as in Hong Kong, if I protested in this way,  I would face unpredictable, lengthy jail time, or worse.

"As we shared our message today, my heart was with all my friends that are being unjustly persecuted in Hong Kong."

Human rights groups have called for the Games to be relocated in protest against Chinese Government policy against the Uyghurs and other Muslim minority groups which has been described as "genocide".

This has been denied by Beijing.

Protests in Tibet had been widespread before the 2008 Olympics, when an international Torch Relay planned by Olympic organisers faced serious disruption and violent protests at many destinations, notably in Paris, London, San Francisco and Canberra.

"By awarding the Chinese Government the honour of hosting an Olympic Games yet again, the IOC is sending the world a message that it is ok to turn a blind eye to genocide and crimes against humanity in Hong Kong, Tibet, East Turkestan and Southern Mongolia," Siu added.

"We must stand together to oppose Beijing 2022."

Meanwhile, the final rehearsal for the Lighting Ceremony took place in Ancient Olympia under cloudy skies, using a Flame lit earlier in the week.

Organisers have stipulated that it will be conducted without spectators as part of continuing precautions against the spread of COVID-19.

It will be conducted under strict security and a limited symbolic Relay will carry the Flame only to the outskirts of the village of Olympia.

It will then travel directly to Athens for Tuesday’s Handover Ceremony.