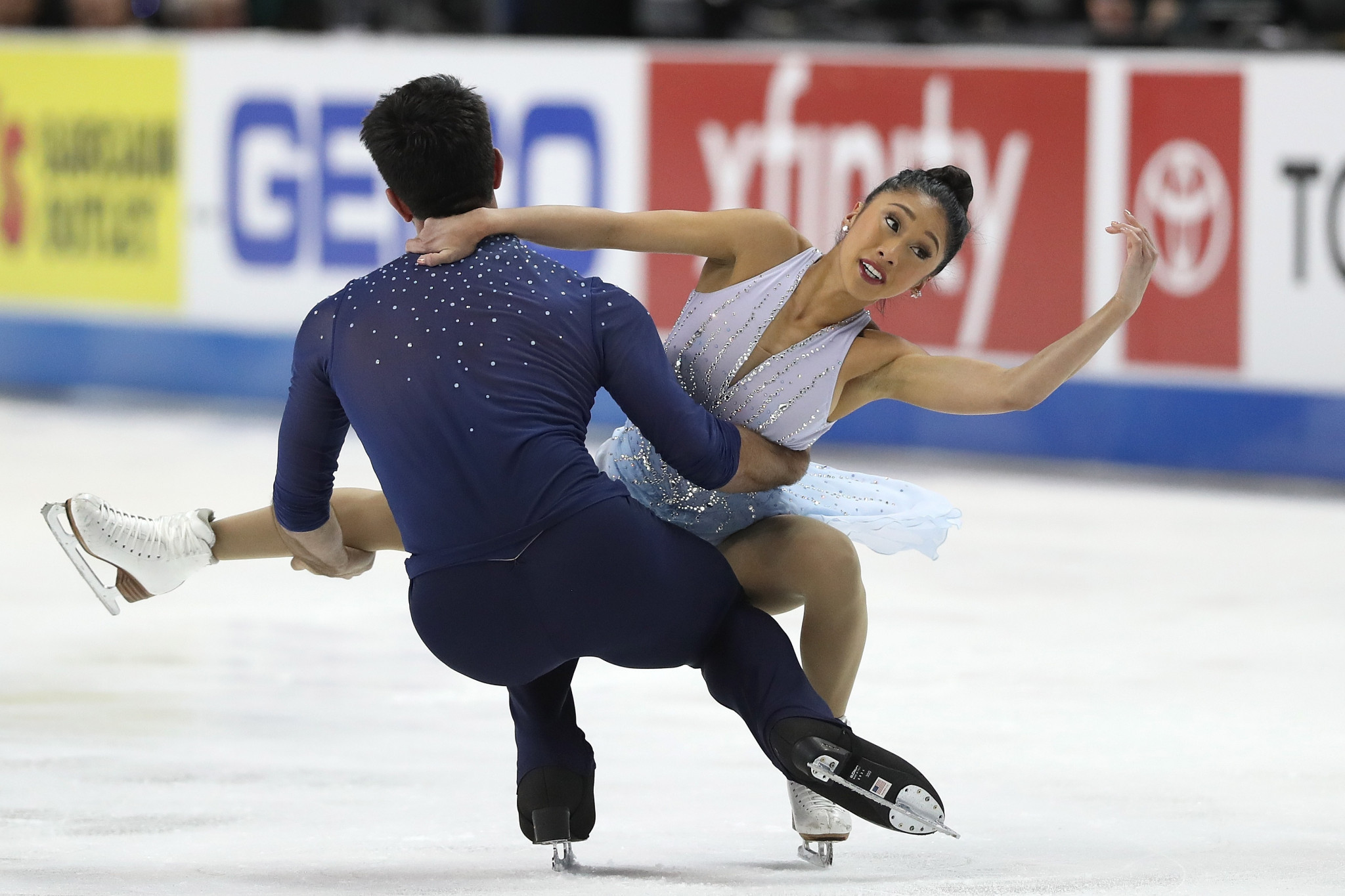 American figure skater Jessica Calalang admitted she felt "absolutely helpless" at times as she battled to prove her innocence after being hit with a doping ban.

The 26-year-old, a prospect for the Beijing 2022 Winter Olympics, tested positive for 4-chlorophenoxyacetic acid (4-CPA) in January.

The substance is a known metabolite of meclofenoxate, which is prohibited by USADA.

The ruling resulted in Calalang and her partner Brian Johnson withdrawing from the World Figure Skating Championships in Swedish capital Stockholm in March.

Calalang, whose funding from US Figure Skating was also temporarily suspended as a result of the violation, said the "uncertainty was very challenging to handle" as she attempted to determine the cause of the positive test.

"We’ve been elite athletes for quite a while and are very aware of what we put in our bodies," Calalang told the Associated Press.

"We knew we didn’t do anything purposely to put that in jeopardy."

The turning point for Calalang came when Rob Font, an Ultimate Fighting Championship fighter, was cleared by USADA in July after it was found that cosmetic products he had used before a fight had resulted in the positive test.

Following an investigation by USADA, it was discovered that chlorphenesin, a non-prohibited cosmetic preservative found in shampoos and lotions, can metabolite into 4-CPA.

It was found that Calalang had used similar products, but she had to wait until the end of September before USADA gained the approval of WADA for her to compete again.

Calalang will now be looking to boost her chances of securing a place at Beijing 2022 as she prepares to participate alongside Johnson at Skate America, scheduled to run from October 22 to 24 in Las Vegas.

"I don’t want this to happen to anyone else," said Calalang, who has also regained her funding.

"It was such an unpleasant experience ... it would have been easy to throw up my hands and say 'you win'.

"I knew I didn’t do anything wrong on this, and kept fighting and didn’t give up.

"I didn’t wave the white flag; we didn’t.

"There were times I wanted to, felt absolutely helpless.

"But we’d keep fighting for this [outcome]."

Calalang’s attorney Howard Jacobs has urged anti-doping authorities to ensure they "quickly remedy this flaw in their testing protocols".

"If Jessica did not have the resources and support to retain a lawyer to assist her, this could have easily been another case where an innocent athlete ends up serving a lengthy ban," said Jacobs.

A USADA spokesperson told insidethegames that Calalang had done "everything right" and hoped this "horrible" situation would not happen again following changes to WADA's rules.

"We thoroughly investigated the case and other similar ones reported earlier this year," said USADA.

"Our science team determined the innocent source of the laboratory finding and we determined there was no rule violation, which was confirmed by WADA.

"We would like to thank Ms Calalang for doing everything right and for her cooperation and truthfulness during this trying situation and are glad the truth was determined."