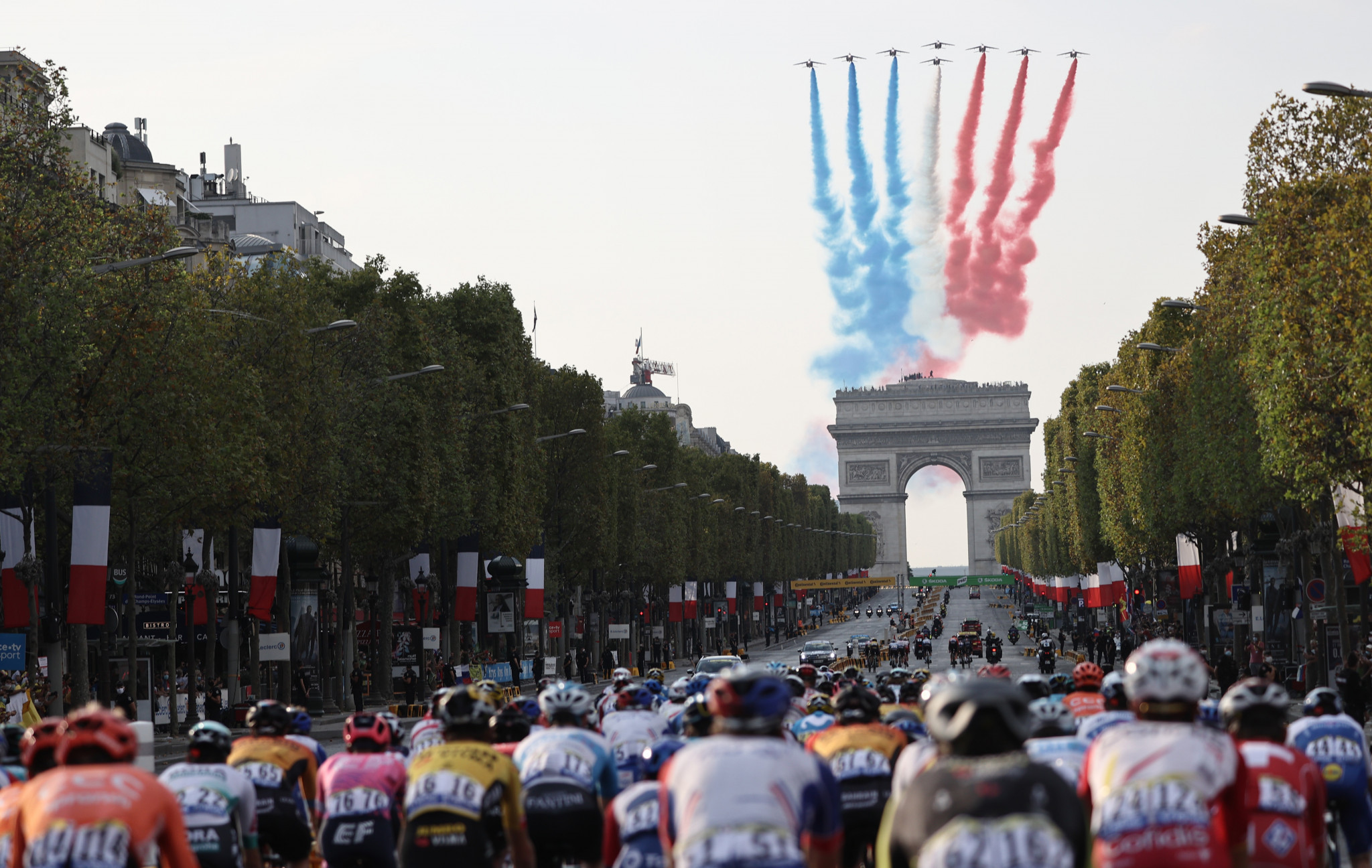 Organisers have labelled the route for the 2022 Tour de France "one for the attackers," while the inaugural eight-stage edition of the Tour de Frances Femmes has also been mapped out at an event at the Palais des Congrès in Paris.

It had already been confirmed that Denmark would become the 10th country to host the men's race's Grand Départ after it withdrew from this year's race because of the COVID-19 pandemic, with the first three of the 21 stages taking place there, including the opening 13-kilometre individual time trial in Copenhagen.

After a rest day, the first stage on French soil will run from Dunkirk to Calais in the Nord department, while the second in France and fifth overall from Lille Métropole to Arenberg Porte du Hainaut will include a 19.4km stretch of cobbles, which return to the Tour route for the first time since 2018.

As well as Denmark and France, this year's route will take in Belgium and Switzerland - the most countries it has visited since 2017.

Eight French regions and 29 departments will stage the Tour.

The Alps begin at the 11th stage with a 149km route from Albertville to Col du Granon.

Col du Granon, which is 2,413 metres above sea level, is serving as a stage finish for the second time after its 1986 appearance on the Tour.

Cyclists who are strong on the mountains are likely to fare well on the route, with the 12th stage running from Briançon to Alpe d'Huez.

After finishes in Saint-Étienne and Mende and the 200km 15th stage from Rodez to Carcassone, riders will have a rest day on July 18 before heading to the Pyrenees.

The 18th stage from Lourdes to Hautacam includes a Tour debut for the Col de Spandelles as the mountains draw to a close on the Tour, followed by a 189km ride to Cahors.

The penultimate stage is a 40km individual time trial from Lacapelle-Marival to Rocamadour, before the 112km 21st stage from Paris La Défense Arena to the French capital's Champs-Élysées draws the 109th Tour to a close on July 24.

Seven stages are classed as hilly and six as flat, on top of the two individual time trials and six in the mountains.

Slovenian Tadej Pogačar has won back-to-back editions of the Tour de France, and was present at the route unveiling at the Palais des Congrès along with the joint record-holder for most stage wins, Mark Cavendish of Britain, and France's two-time world champion Julian Alaphilippe.

For the Tour de France Femmes, race director Marion Rousse unveiled a route which will start the day the men's Tour draws to a close - July 24.

The 82km first stage from the Eiffel Tower to the Champs-Élysées in Paris will launch the Tour de France Femmes as riders embark on a 1,029km route that organisers claim will "honour the past of the event whilst looking forward to the future and staying true to the standards of the present."

The Tour de Frances Femme will cover three regions and 11 departments of France.

It includes four flat and two hilly stages, including a 12.9km stretch across chalky tracks known as "white roads" on stage four from Troyes to Bar-sur-Aube an the 175km hilly stage from Bar-le-Duc to Saint-Diédes-Vosges.

Stage seven finishes at the top of Markstein, and includes the race's highest point of 1,336m above sea level at the Grand Ballon.

In the eighth and final stage, riders will face the "super" version of the Planche des Belles Filles, a 7km climb at 8.7 per cent, including a finishing incline of 24 per cent.

The Tour de France Femmes will be shown by Discovery, which has exclusive rights in more than 50 countries and will cover the race on Eurosport, GCN+ and discovery+ as part of a deal until 2025.