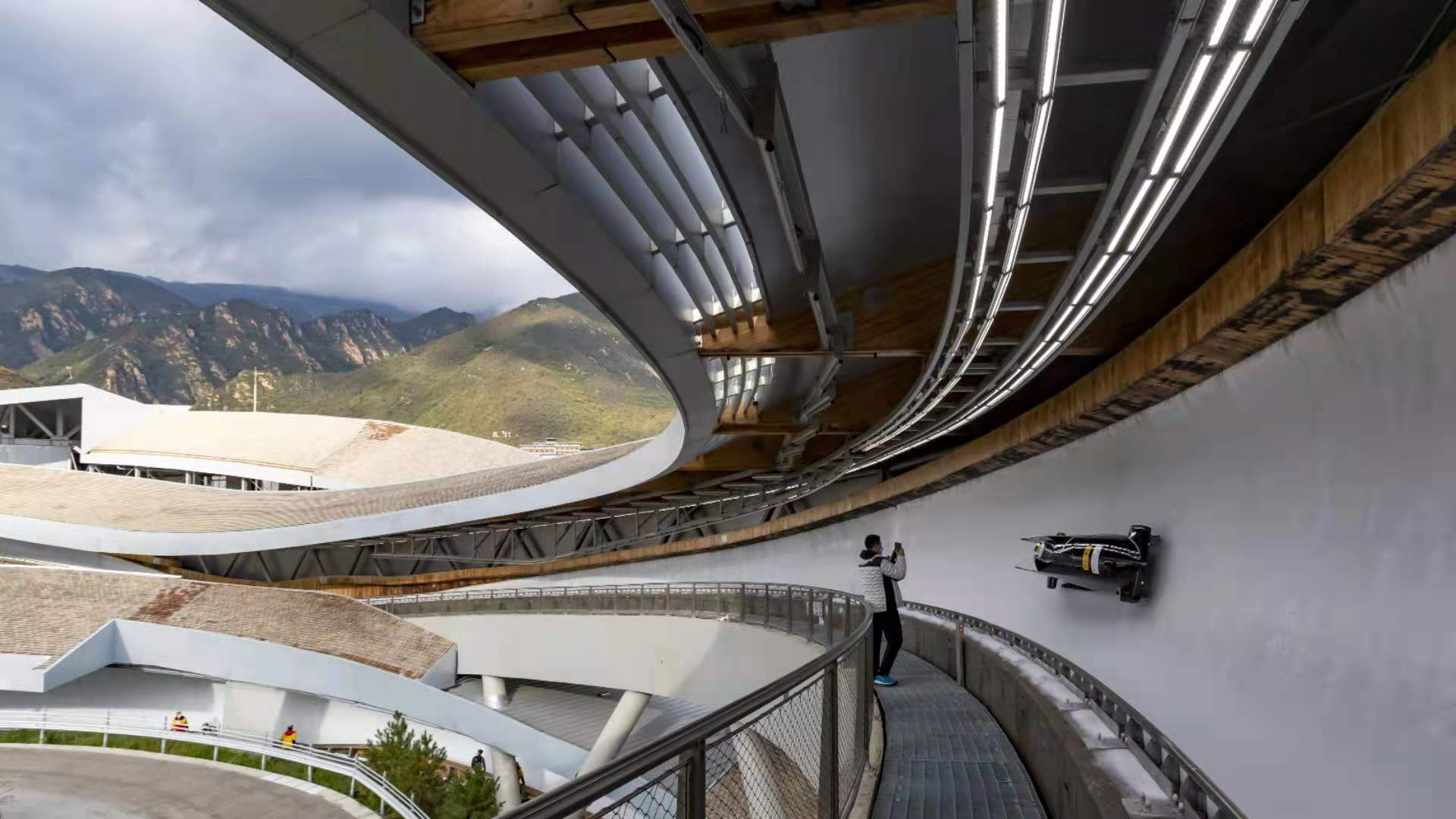 Beijing 2022 has launched its first international test events as part of the preparations for February's Winter Olympic and Paralympic Games, with the sliding track in the Yanqing cluster used by athletes, including American double bobsleigh world champion Kaillie Humphries.

Time trials and an international testing week for bobsleigh and skeleton are being held at the National Sliding Centre, with South Korea's skeleton athlete Eunji Kim selected as the first from outside of China to complete a run.

"This track is amazing, and the ice condition is very good; it’s great for sliding," she commented afterwards.

The Sliding Dragon track is the first of its kind in China, with a length of 1,975-metres and a 121m drop.

A total of 16 curves have been built, including one at 360-degrees.

Athletes from 23 countries including Germany, Russia, Britain and the United States took part.

Two-time Olympic gold medallist and reigning monobob and two-woman bobsleigh world champion Humphries is one of the headline names taking part at the testing event.

Humphries could compete for the United States at the Winter Olympics for the first time, having switched from Canada, for whom she won two-woman golds at Vancouver 2010 and Sochi 2014 and a bronze at Pyeongchang 2018.

However, as per the Los Angeles Times, she would need to secure an American passport by early January for this to happen.

This week has also seen a medical emergency drill staged on the track, with support provided by representatives from the International Bobsleigh and Skeleton Federation (IBSF), including the chair of its Medical Committee Dr Christian Schneider, three medical officers, and 18 doctors and 18 nurses from the Peking University People’s Hospital.

This simulated an overturned two-man bobsleigh in which one athlete was able to leave the track with a minor injury and another was left unconscious.

The general manager of the venue in Yanqing Lin Jinwen explained the importance of staging such events prior to the Winter Olympics and Paralympics.

"These international test events are the first high-level international competitions since the completion of the National Sliding Centre," said Lin.

"At present, the competition organisation, venue facilities and venue operation are ready.

"Our venue operation team is confident and determined to meet the challenge, and it is my hope that these international test events are a resounding success."

A total of 10 international competitions and three international training weeks are scheduled to be held by the end of the year, with a further two domestic test activities.

These will be held at eight venues across the Beijing, Yanqing and Zhangjiakou clusters, and include the Asian Open Figure Skating Trophy and International Skating Union Short Track Speed Skating World Cup at Beijing's Capital Indoor Stadium and the International Luge Federation Luge World Cup at the National Sliding Centre.

Beijing 2022 said International Federations have been consulted over preparations for the Games, including on COVID-19 countermeasures.

The Organising Committee claimed "pandemic prevention and control is the top priority in our preparation for the test events."

A "closed-loop management system" is in place for the test events, as is expected at the Games next year.

Personnel can only move between specified venues using dedicated transport and will be subject to daily coronavirus testing.

Participants at the Games who are not fully vaccinated will have to undergo a 21-day quarantine upon arrival in China.

Playbooks with further details on COVID-19 protocols for Beijing 2022 are expected to be released later this month, and International Olympic Committee (IOC) President Thomas Bach has suggested "vigorous" measures will be in place.

The international test events mark a limited opening of China to international travel, which has been managed strictly since the beginning of the pandemic as part of the country's so-called zero-COVID strategy.

A number of high-profile events have been cancelled in China, including Beijing 2022 test events and World Championships in rowing and taekwondo.

The National Games of China were staged in Shaanxi province last month, with spectators permitted at the first major sporting event to be held in the country since the beginning of the pandemic.

Domestic spectators are set to be allowed to attend events at the Winter Olympics and Paralympics, but overseas spectators will be barred.

The Beijing 2022 Winter Olympics are set to be held from February 4 to 20, and the Paralympics from March 4 to 13.

This will see the Chinese capital become the first city to stage the Summer and Winter editions of the Games.