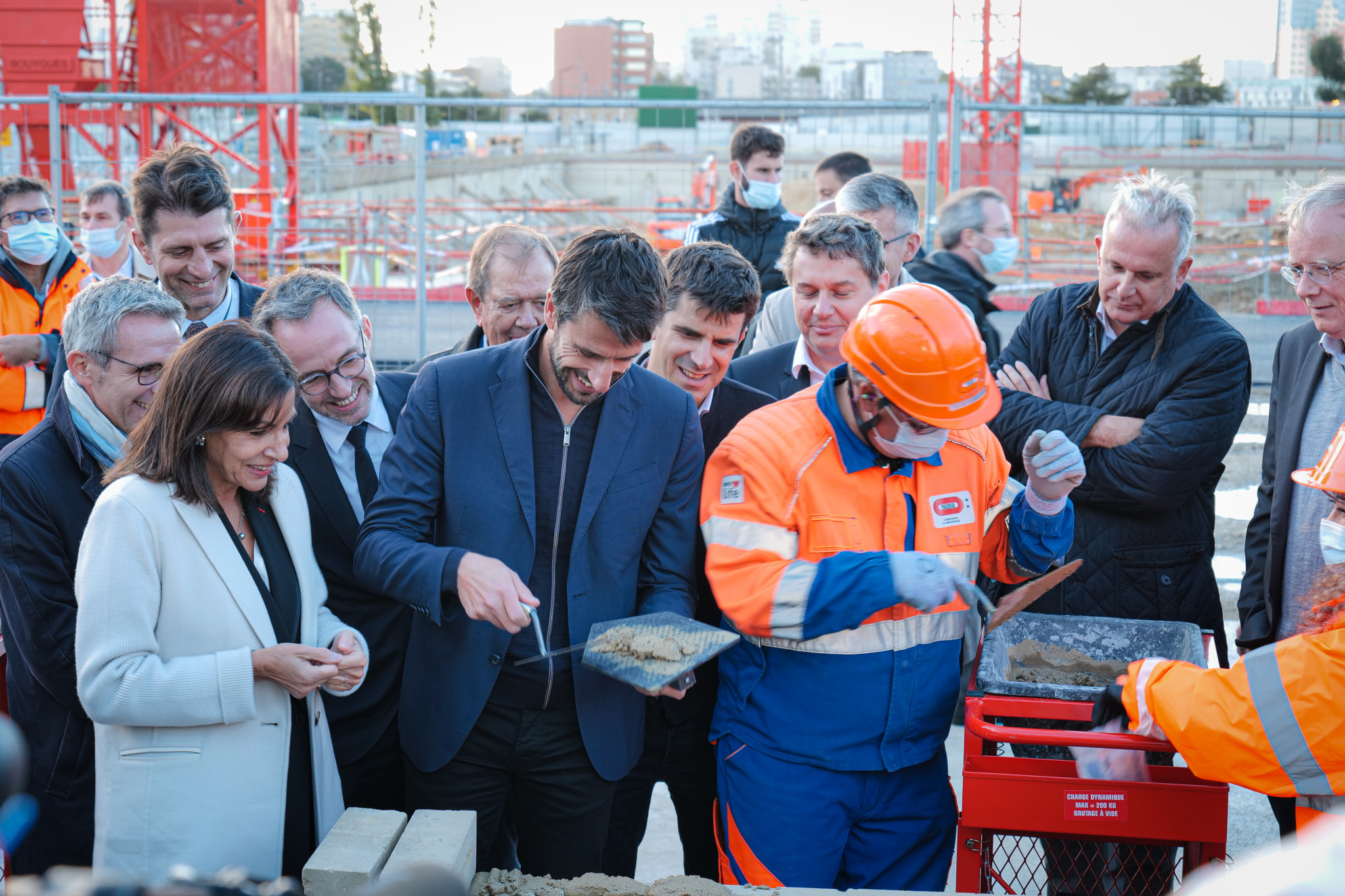 Paris Mayor Anne Hidalgo laid the first stone of the Arena Porte de la Chapelle project, which is being built in preparation for the Paris 2024 Olympic and Paralympic Games.

The project aims to "create a new sports hub" within the ZAC Gare des Mines-Fillettes district, with the arena due to host "national and international competitions" from its opening in 2023.

The arena has, it is claimed, "been designed to meet the needs of the residents in terms of local sports facilities, with two gymnasiums and a dedicated place for entertainment, shops and restaurants", and will act as part of the Paris 2024 legacy.

The project will also create jobs for local workers, with 110,000 hours of work required for construction, it has been claimed, and will focus on being environmentally friendly.

Materials include "earth bricks from the excavation of the Grand Paris Express" and the seats for the main hall's bleachers will be entirely recycled.

The arena will also feature a 6,900-metres-squared plant-covered roof, including 50 trees on a terrace and 1,800m2 of photovoltaics panels.

The project aims to recycle 95 per cent of the waste created.

Construction work is set to continue until next summer, with more technical work undertaken until the summer of 2023, when the arena is due to be completed and fully operational.

The Paris 2024 Games begin the following year on July 26.