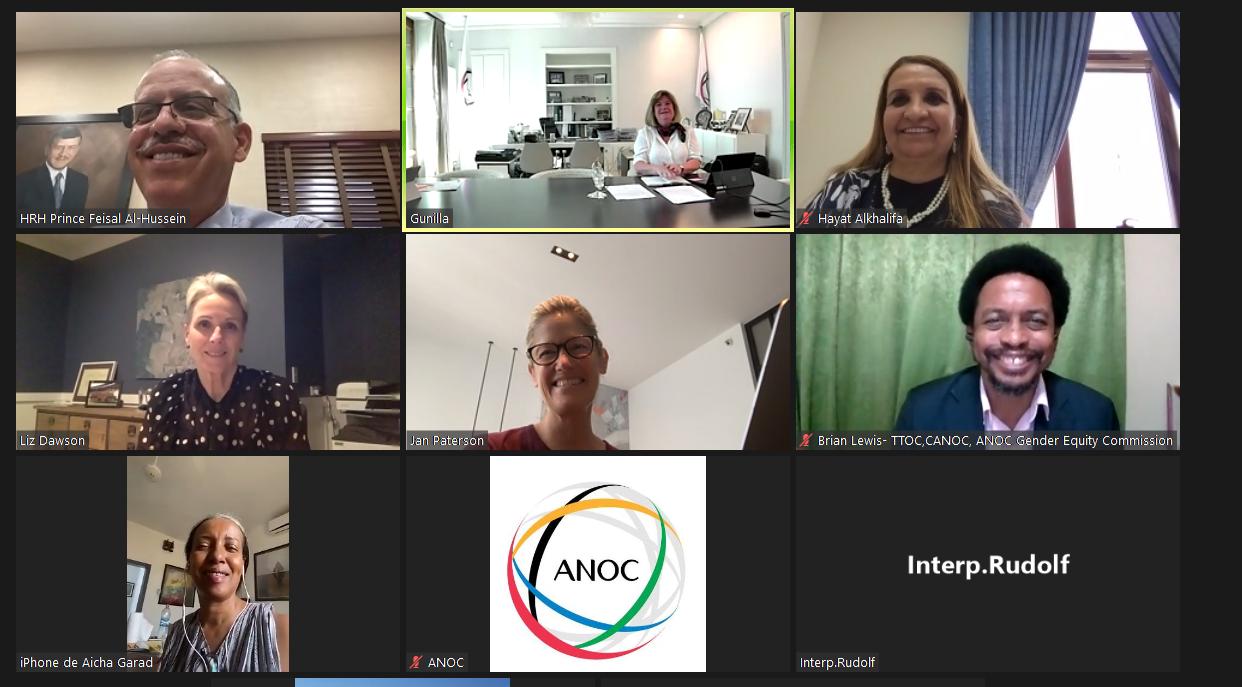 Equality and social media were on the agenda as the Association of National Olympic Committees (ANOC) Gender Equity and Marketing Commissions met.

The conferences were held online due to complications caused by the ongoing coronavirus pandemic.

The ANOC Gender Equity Commission's meeting was led by chairman Prince Feisal Al Hussein of Jordan, and began with an update on Tokyo 2020 which was the most gender equal Games in Olympic history.

The scheme is being developed to help National Olympic Committees (NOCs) ensure that high standards for gender equality are met.

The dashboard was launched to allow NOCs to monitor their online presence, and to compare themselves with other NOCs.

The Commission discussed the importance of these measurements and having data readily available, in order to allow NOCs to build their marketing potential.

Lyons also presented a case study on the growth of social media by female American athletes during Tokyo 2020.

The meetings were held in the run up to the ANOC General Assembly, which is set to take place in Crete from October 24 to 25.

It had originally been scheduled to take place in South Korean capital Seoul, but was then moved to Athens because of strict quarantine measures.

The umbrella body then decided to change the host once more, choosing Greek island Crete as the final destination.