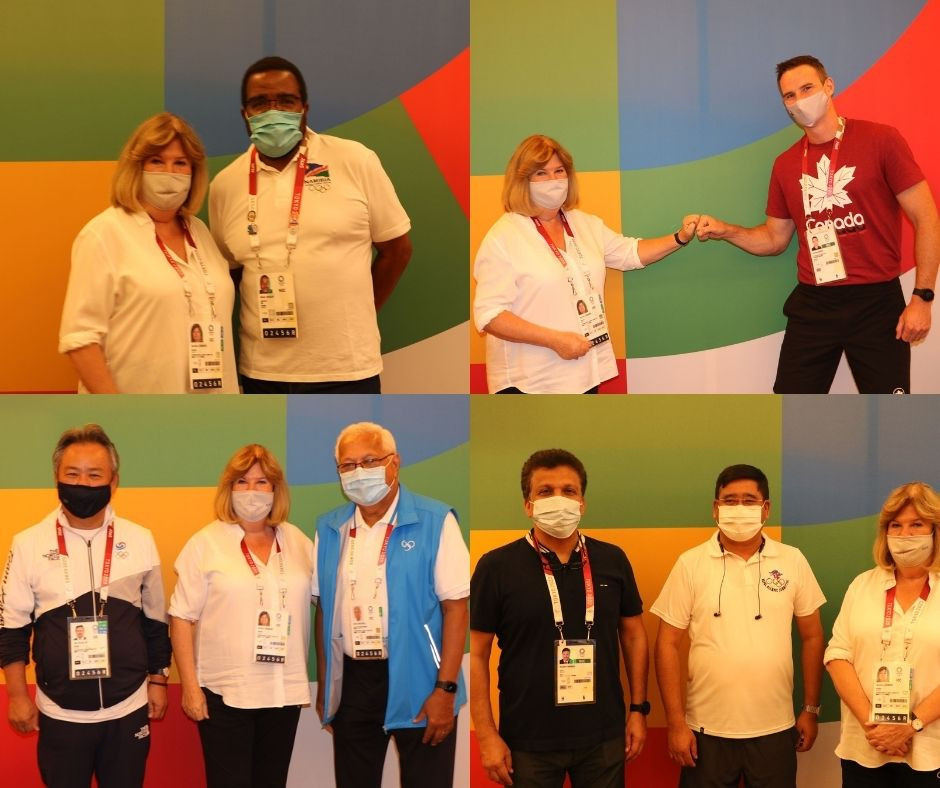 Mitchell and Lindberg first met with the Namibia NOC (NNOC).

The southern African country won its first Olympic medal since Atlanta 1996 this week as Christine Mboma claimed silver in the women’s 200 metres after World Athletics dropped her and compatriot Beatrice Masilingi from the 400m race in July due to high natural levels of testosterone, a decision which was strongly criticised by the NNOC.

The ANOC leadership then met with the Canadian Olympic Committee (COC), with the country having won five golds and 19 medals at Tokyo 2020.

The COC has sent its largest team to an Olympics since Los Angeles 1984.

The Nepal Olympic Committee was next to meet with ANOC.

The Asian country sent five athletes to the Games but is yet to win an Olympic medal.

South Korea has won 19 medals at Tokyo 2020, including six golds.

The discussions with each of the NOCs focused on ANOC’s activities and how the international body can work with national organisations.

ANOC’s secretary general also met with ITF chief operating officer Kelly Fairweather, seeking to continue their strong relationship with the international federation, with beach tennis featuring as a core sport at the ANOC World Beach Games in Qatar in 2019.